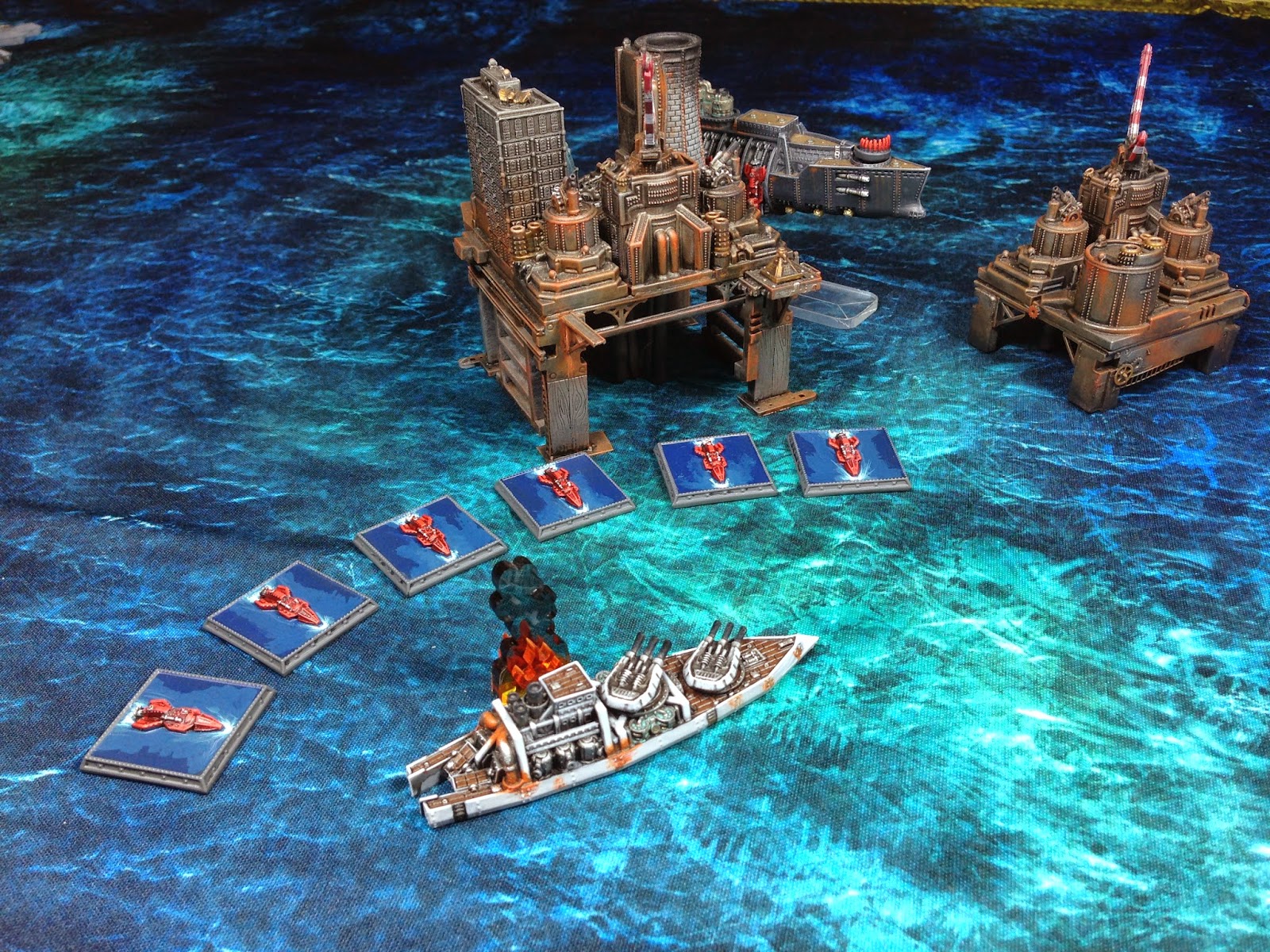 Of the many fleets painted and used on this blog, the majority belong to the Alliance Nations and Mercenary Companies; the smaller powers of the Dystopian World that aid and work for the seven Core Nations. After the release of the updated rules for the Core Nations (which will get individual, in-depth posts at some time in the future), Spartan Games released the PDFs for these smaller factions last week, all free to download and peruse at your leisure.

They can be found here - LINK

With a smaller range and tighter focus than the big Core Nations, I believe the Alliance Nations are the greatest addition to the game, and give a strong sense of the setting that Spartan have developed. They all have a cohesive look, instantly recognisable across the board, and their limited range allows for a greater exploration of the heritage and history of each Nation - from the decadent pillars and ornamentation of the League of Italian States to the stylised architecture of the Chinese Federation, the winged airships of the Polish-Lithuanian Commonwealth to the sleek hulls and brutal weaponry of the Kingdom of Denmark. In-game history can also be seen in these Nations - the Australian Navy carries designs from the early days of the Kingdom of Britannia, while the East India Merchant Company show off a development of these hulls in a different direction. The Black Wolf Mercenaries show a blend of Russian technology with the aesthetics of the Covenant of Antarctica.

Each Nation has its own design, and in the same manner as the Core Nations, their own "gimmicks" and playstyle. Some of these are exaggeration of the larger Core Nations - the speed and close-range gunnery of the Prussian Empire is taken to the extreme with the Kingdom of Denmark, while others stand alone and could, in the future, deserve their own "Core" status, such as the brutal flame and sonic weaponry of the Chinese Federation or the corrosive Bombards and huge Broadsides of the Ottoman Empire.

In the development of Dystopian Wars as a game, the new Alliance Nations and Mercenary Companies are fairly recent additions, and in the closing days of Dystopian Wars 1.1 were considered somewhat powerful - this blog is guilty of hyping up the power of the Black Wolf Mercenaries, no doubt! Some players were fond of words like Power Creep, where each new release was more powerful than the last. With the new Edition and the new rules, we can see that the Core Nations have seen a great boost in their power, catching up with and often overtaking the Alliance Nations - as well they should!

Never a perfect system, especially in a game with so many fleets and so many diverse weapon systems, the new Edition has nonetheless, in my eyes, levelled the playing field. What was considered overpowered in the past is now even with the other Nations, and we can now see the long-term plan of the games developers - testing out some of the new systems, MARs and points values to see how they would fare.

This is a "Knee-Jerk Reaction" post, as my actual gaming experience with 2.0 is, at this time, almost entirely theoretical. I have certainly not managed to play games with all of my different Alliance and Mercenary fleets! Going purely on theory, I can see the points values have changed somewhat, and some fleets have changed more than others - the League of Italian States for example, which I am very much interested in running now. The Danish and the Black Company, the fleets I probably used the most in the past year, have changed the least from what I can tell, and I am very interested in seeing how they will stand up to the new, improved Core Nations.

Having spent a great deal of times pouring over the new statistics, I see no clear winners and no obvious losers, which is a great sign that the playtesters have done their job well. Even the Honourable Eclipse Company, which my Good Friend Ben claims have been reduced in the power a great deal, have some interesting tricks - the Fortifications and Phoenician-class Scout Flyers in particular are more powerful than before, and come with some interesting MAR combinations. 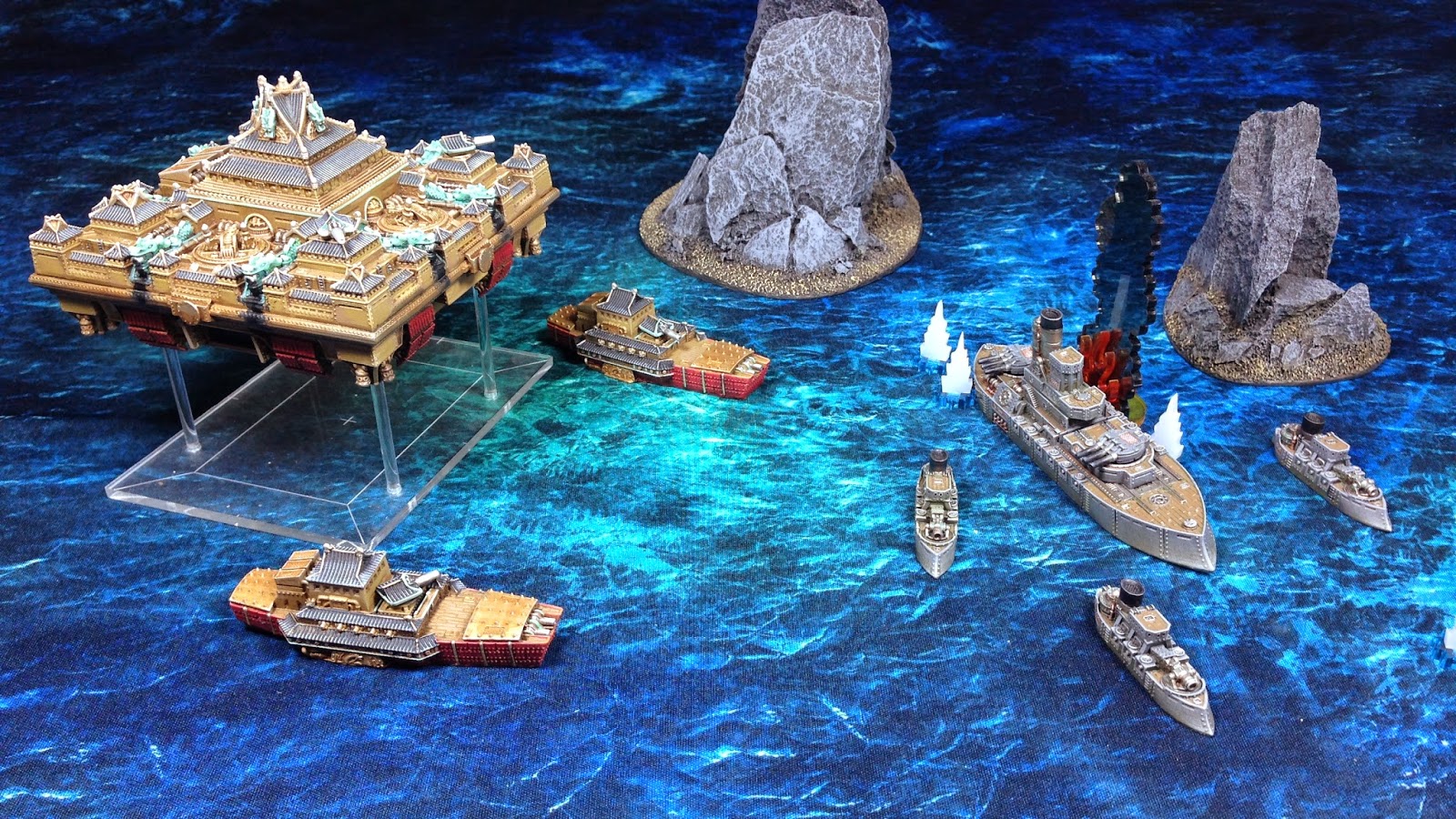 Some... interesting decisions have affected some of my fleets, such as re-designations of Frigates to Corvettes and the like, but this is no different to the Core Nations. Changing squadron sizes will no doubt make sense from a balance point of view, but is nonetheless an annoyance and will result in having to buy some more ships, or simple leaving them in the box, which would be a big shame. Rumours abound, however, than these "spare" ships will be useful in the future - possibly for some Specialised Squadrons or as special characters. I look forward to hearing more on this, and am confident that Spartan will find a way for us to use every model we buy. After all, they have worked hard to make sure that all of the old models still have a viable place in our fleets.

Overall, it's not the game changing rules update I had feared, and in many ways not much of a change at all - simply a refresher to bring everything up (or down) to the same level. As mentioned before, my fleet roster for the Danish and the Black Company will be very very similar to before. Nonetheless, the little differences are what have captured my interest, and I look forward to utilising some of these subtle differences in future games. I am hopeful for the future of Dystopian Wars and Spartan Games, as they expand the current Alliance Nations and Mercenary Companies and as they release new Nations to supplement all sides of the World War.

Exciting times ahead, no doubt.