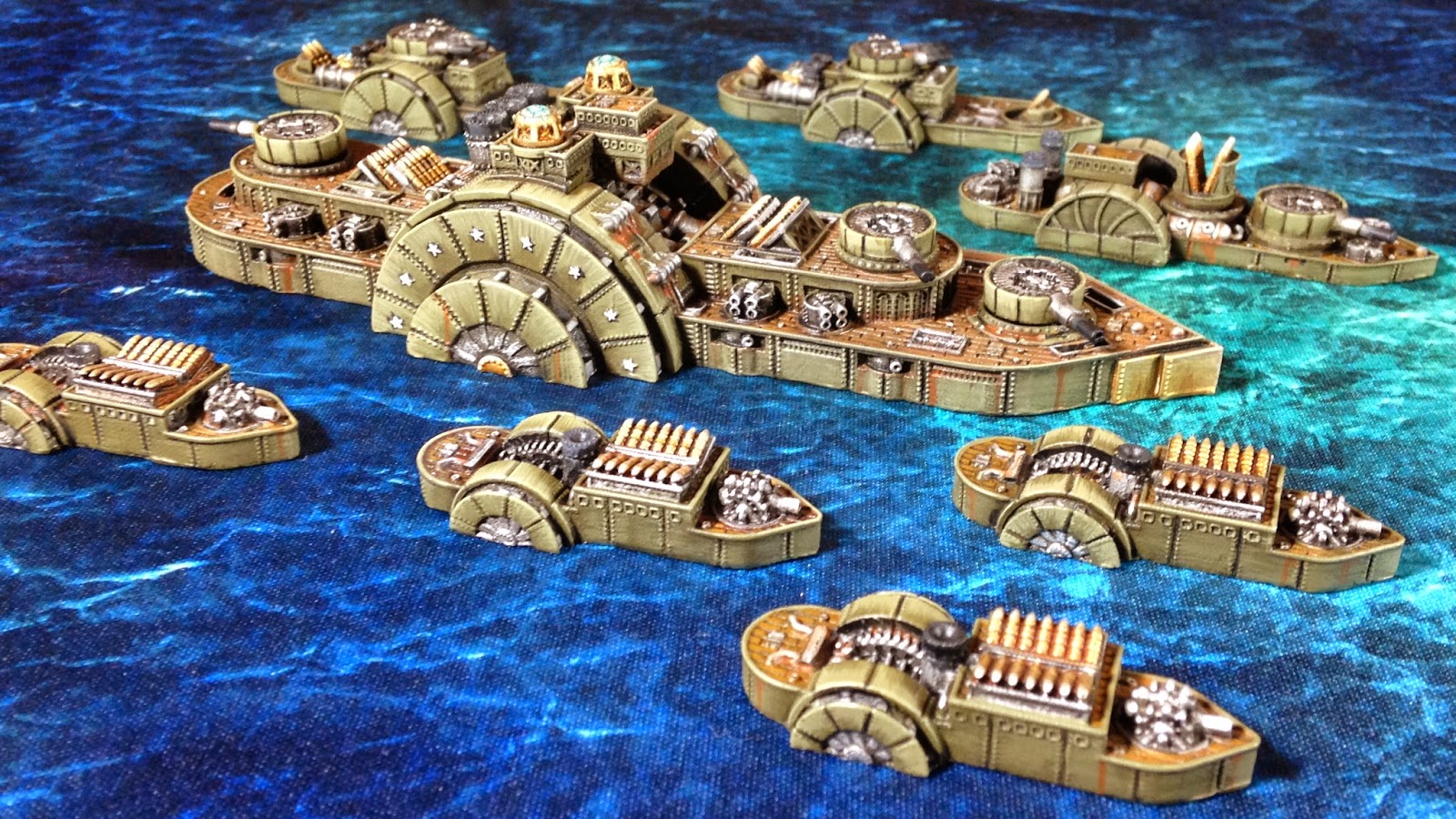 Before we turn our eyes to the battles raging in the Pacific Ocean, we take a look back over the battles of the Greenland Campaign. Links to the nine Battle Reports are highlighted in RED, have a look if you haven't read them before!

Overall a fun little campaign, the players in these games were myself, Good Friend Ben and Mike. In the future, I aim to involve more people, more nations, and more settings. Hope you're looking forward to it as much as I am!

Looking over the campaign, we can see the Imperial Bond fared worse overall, smashed by the Honourable Eclipse Company and the treacherous Black Wolf Mercenaries, and barely holding their own against the powerful Federated States Navy, until they dragged back a solid victory at the gates of Holsteinsborg.

In the nine games, the Prussian Empire and their allies (when they were loyal to the Imperial Bond, anyway) only scored three victories and two draws, but when they did win, it was important - specifically the destruction of the Argo, the raid on Ammassalik to recover their Dreadnought, and the grand finale of the campaign.

The Prussian Empire may not have come out of the campaign in a particularly good state, but they won some decisive victories and the FSA were not allowed to capitalise on their wins to the extent they would have preferred, especially not at the very end. An inconclusive result... the World War will drag on for another year yet.

We shall see how the FSA fare on the other side of the world in Campaign: Tropic Thunder, as they chase the piratical League of Italian States and Free Australians, encounter the mysterious Wani and the technologically advanced Covenant of Antarctica, and awaken the Dragon - the grand juggernaut of the Chinese Federation.