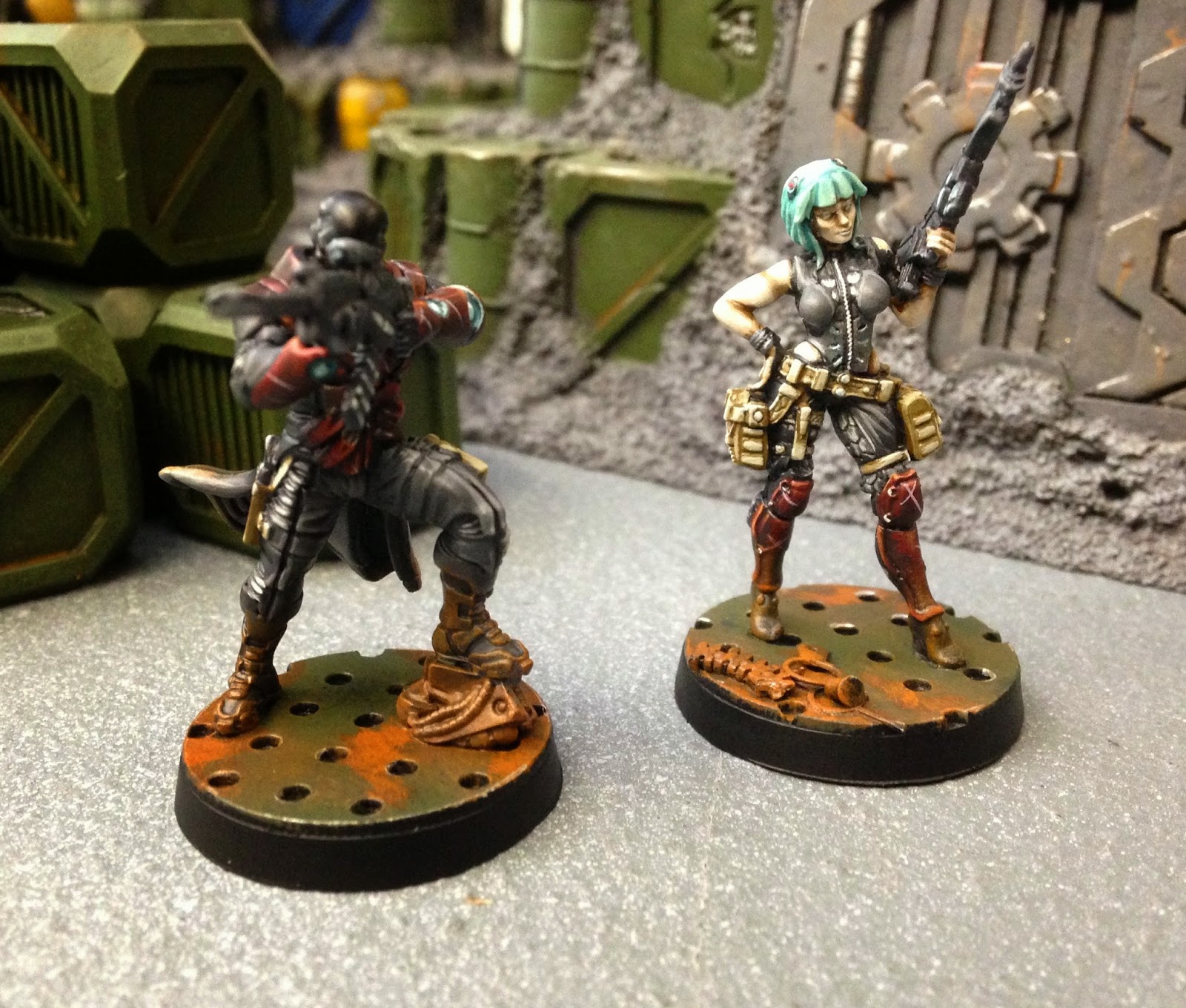 I had promised to work on the next pair of Alguaciles for the team, but a conversion idea and recent activity in the Escalation League forced my hand. So here we are! The Grenzer of the Grenz Security Team makes an appearance as a Vortex Spec-Ops with MULTI Sniper Rifle, while an ALEPH Dactyl converted to carry a Nomad Combi-Rifle will be acting as Lupe Balboa, a character Vortex and an important addition to the team carrying useful Smoke Grenades.

These two models were sprayed and painted in the same day, a remarkably productive amount of painting given my usual speed with Infinity models. The scheme was simple enough, as the Grenzer in particular carried a lot of design cues over from the rest of the Nomad range. His long coat was painted in simple grey, with the dust and weathering adding some colour, while his mask was kept black (in keeping with the Wildcats, Hellcats and Mobile Brigada) but with glowing turquoise eyes to represent his Multi-Spectral Visor. As I wanted a dark, subdued scheme fitting with a sniper, the Grenzer was especially easy to paint. 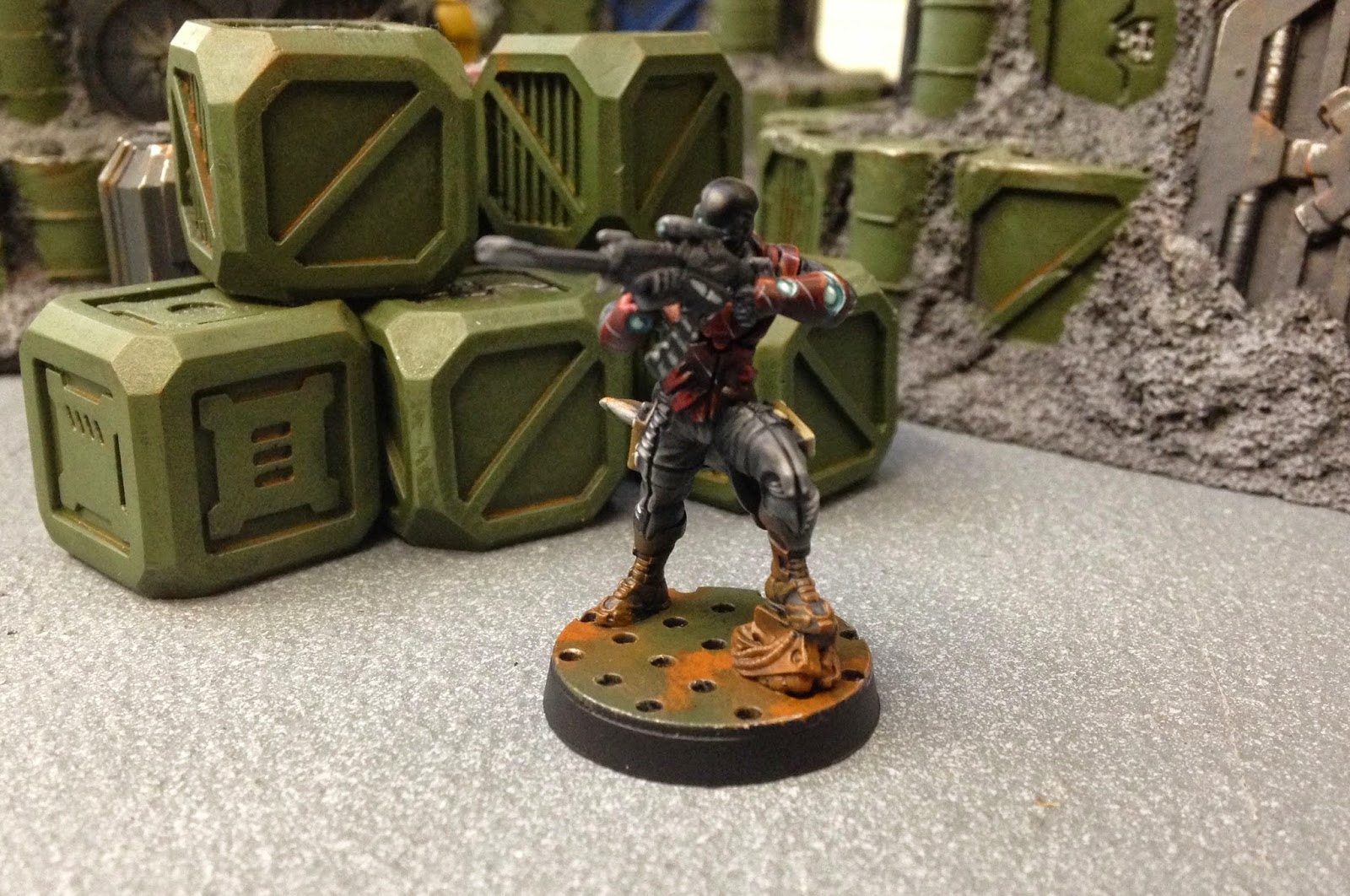 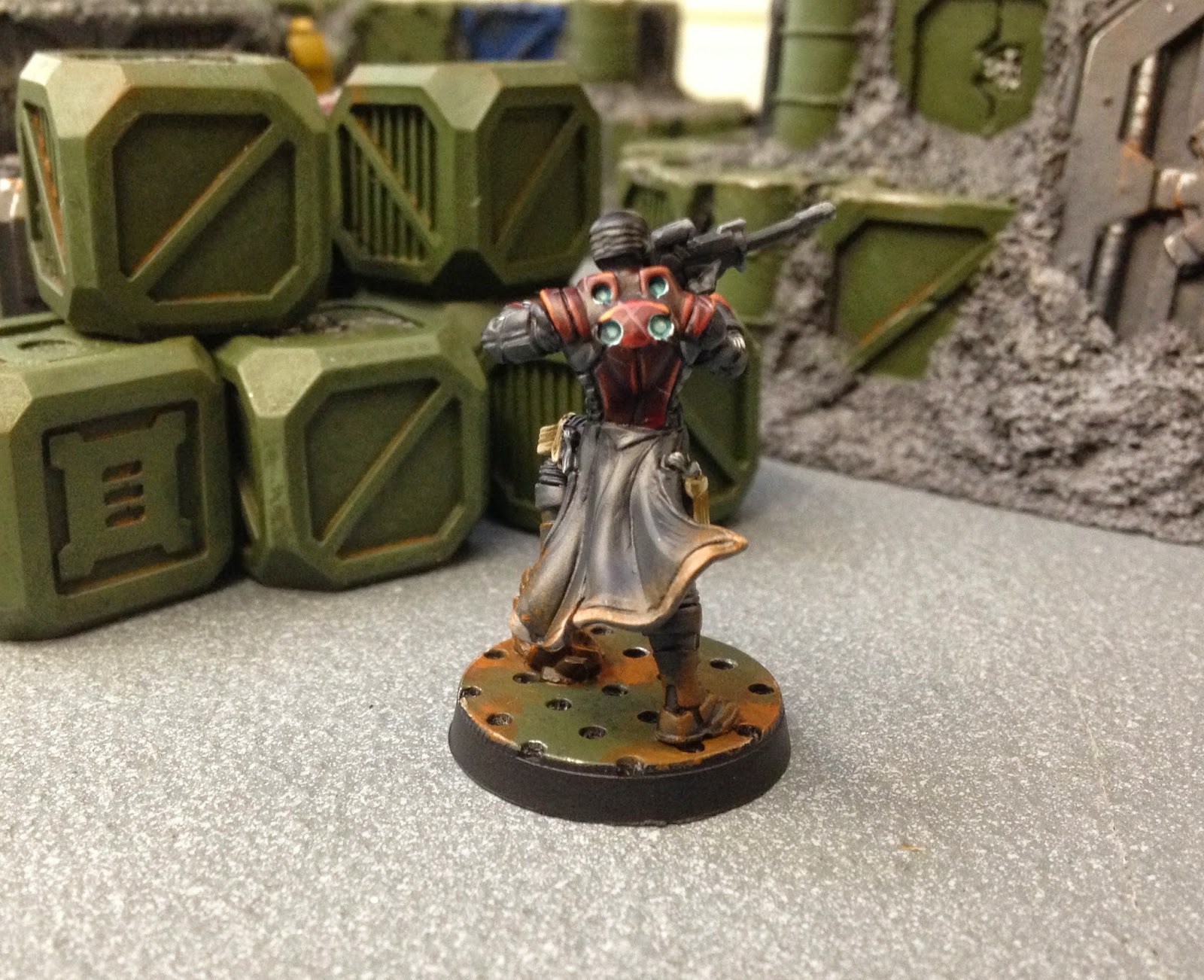 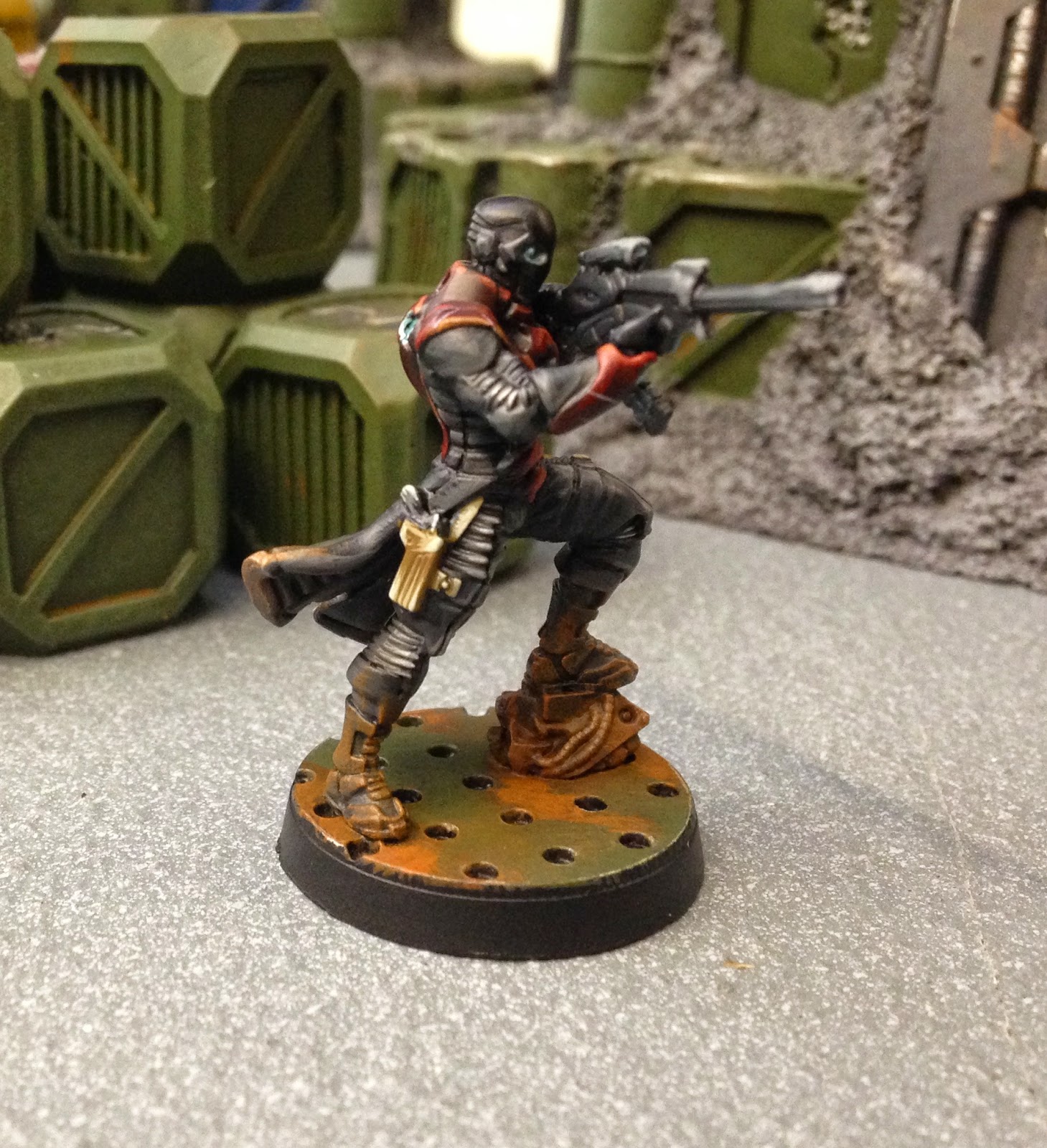 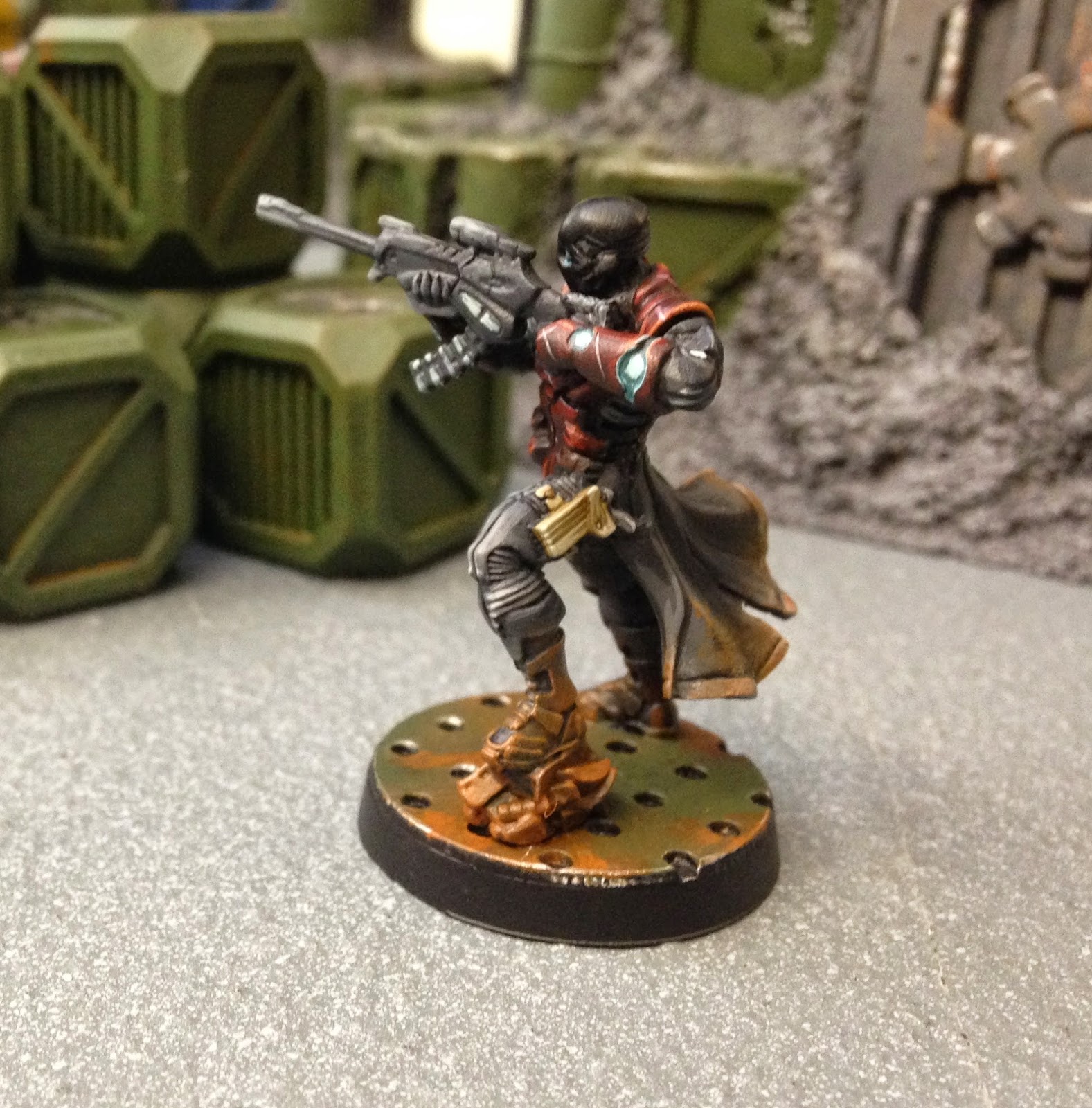 The Dactyl was somewhat more difficult, as she is an ALEPH model and thus has their pattern of clothing and armour, which I had not had a chance to work on before. I decided to paint her top half in almost exclusively grey cloth and flesh tones while her legs would be armoured, in a reversal of the standard Nomad scheme. The baggage and equipment she carries was painted in the same manner as the holsters and pouches present on the rest of the team, while her hair was painted the bright turquoise used across the team as a spot colour.

I wanted the model to represent an Aspect of ALEPH that the Nomads had captured and reprogrammed, so she was still a Lhost and not a being of flesh and blood. Her skin was painted light, almost inhumanely pale, while the eyes were left white, with small highlights under the eyes to simulate glowing. I am pleased with how this effect turned out. 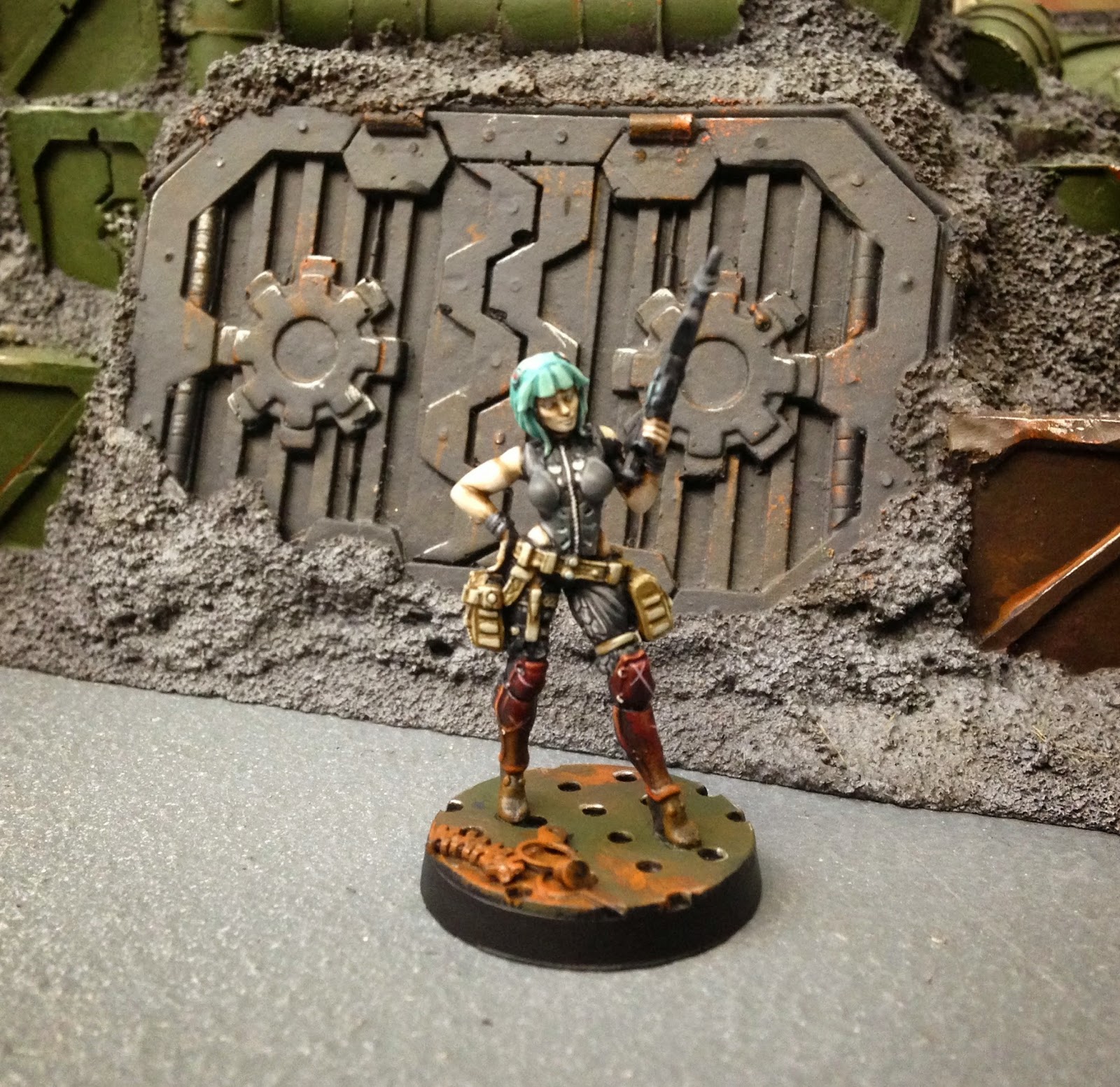 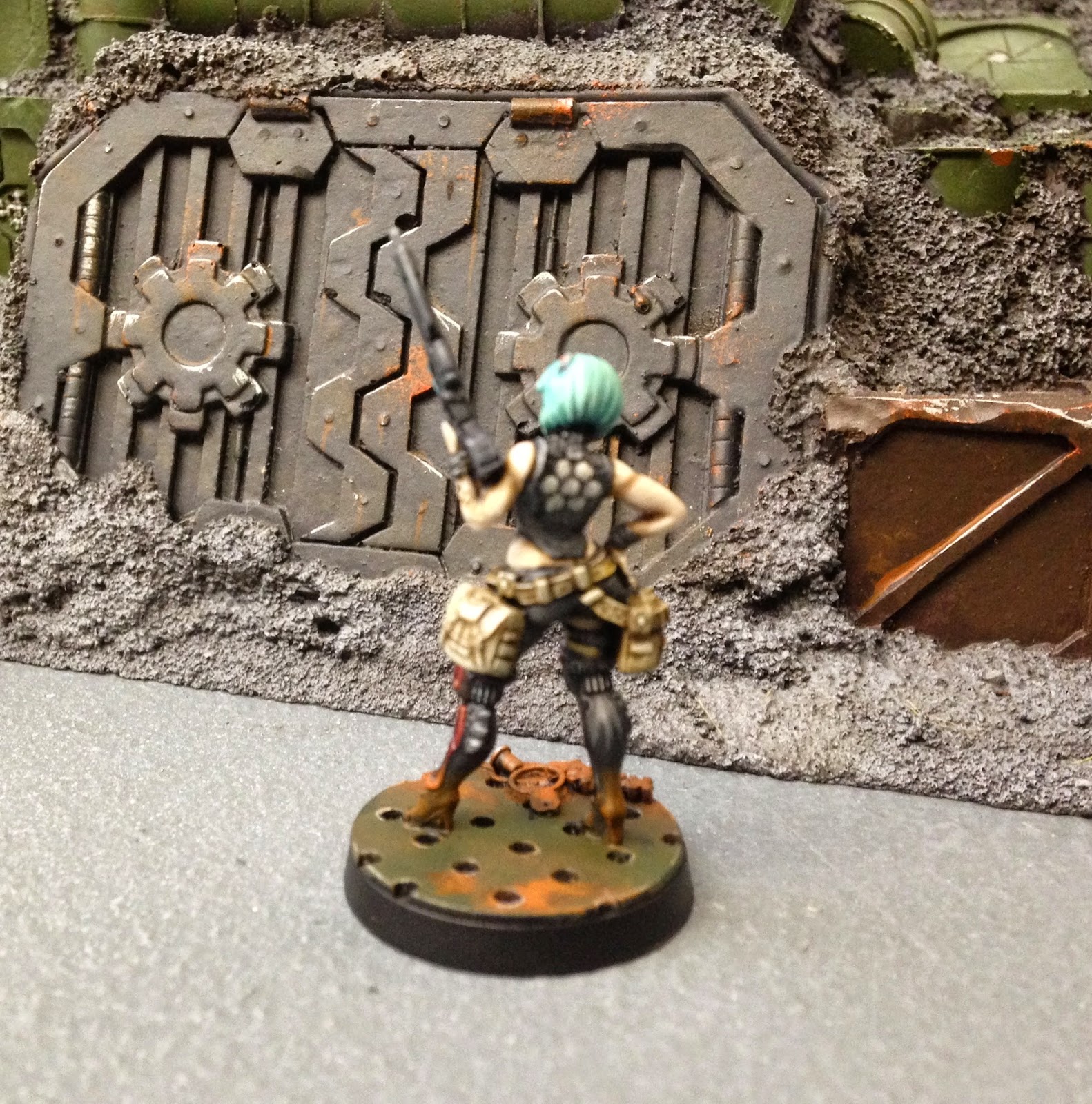 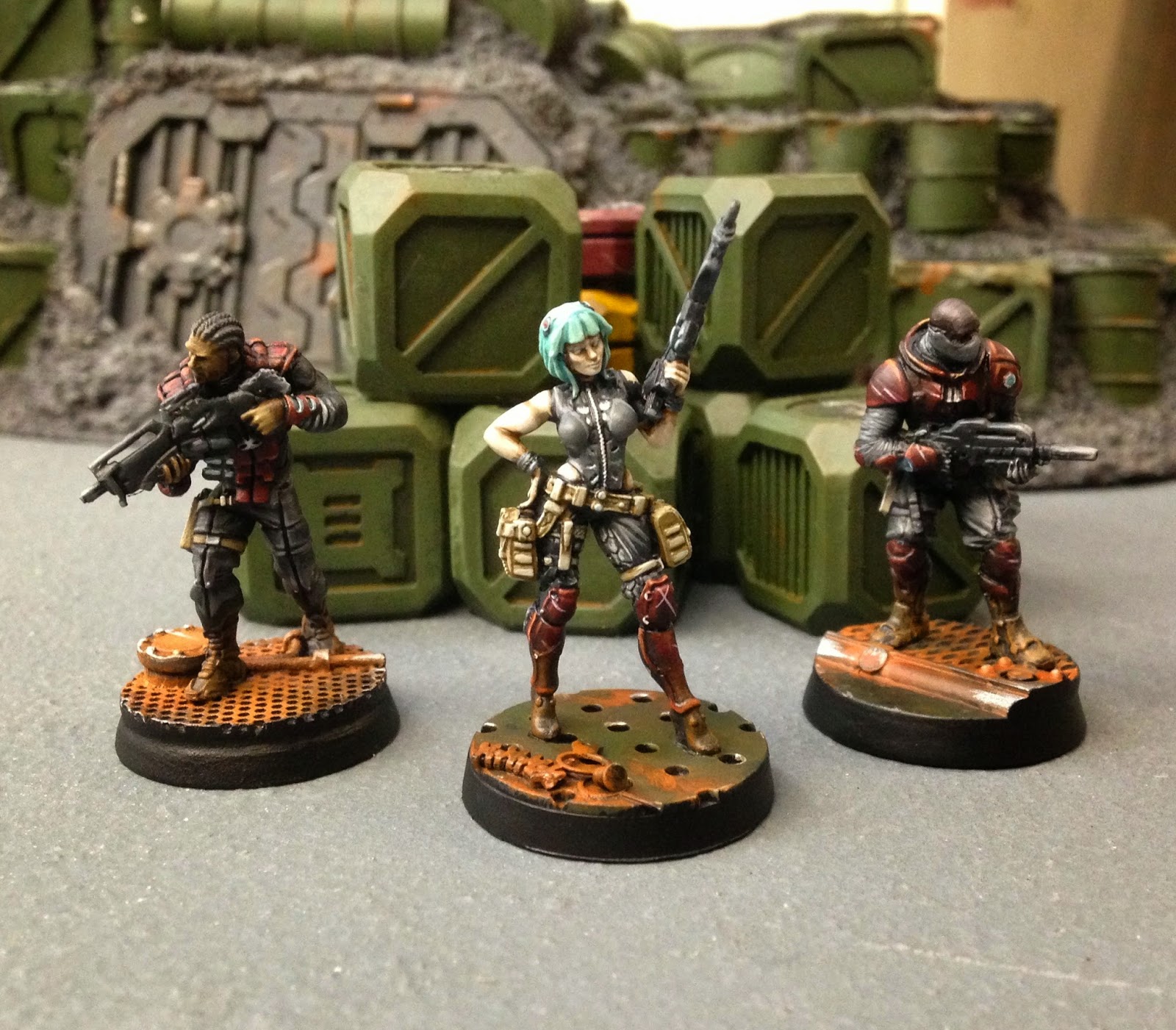 For all the effort put in to get these two models painted in time for the fifth round of the Escalation League, in the end I only used Lupe, and only managed one turn with her as the game was over so quickly. Needless to say, Smoke Grenades will be an interesting addition to the team, and will make the Intruder incredibly dangerous!

Next up, the Alguaciles as promised.