THE FIRST SUBMARINE IS PAINTED FOR THE KINGDOM OF BRITANNIA 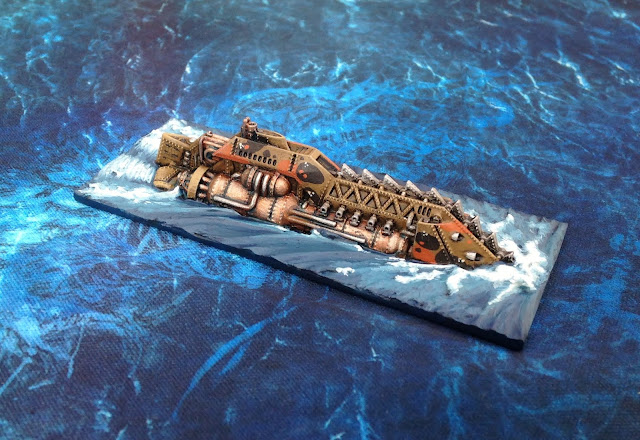 Since the release of the Wolf Pack some years past, I have been drawn to the idea of an all-Submarine force for the Kingdom of Britannia, a nasty surprise for any naval commander that would rise from the deeps and cause serious havoc. Other projects have taken my attention in the time since, but now I've found some space I have cracked out the boxes and got to work - and here is the first test model! 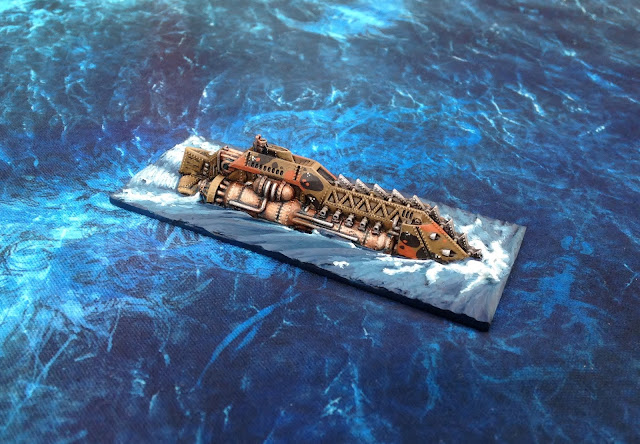 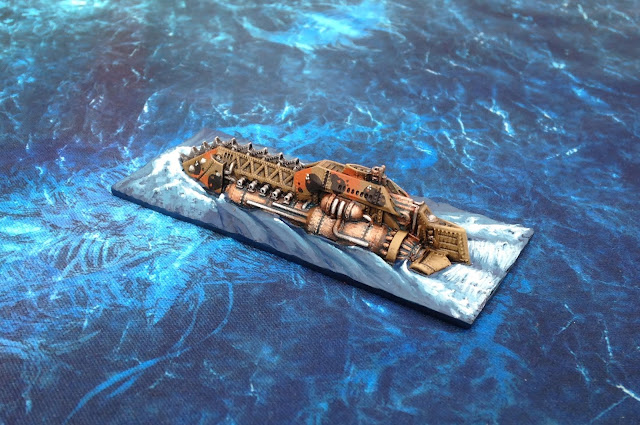 Working out the scheme was the most difficult part, and in the end I decided that I would unify the Kingdom of Britannia with their colonial allies and paint them in the Indian Raj scheme. This scheme is remarkably easy, and enabled me to get the first test model completed in less than two hours. The scheme would tie them together for larger games where they would be allied together. There was definitely a "20.000 Leagues Under the Sea" vibe going in my head when I made this decision. 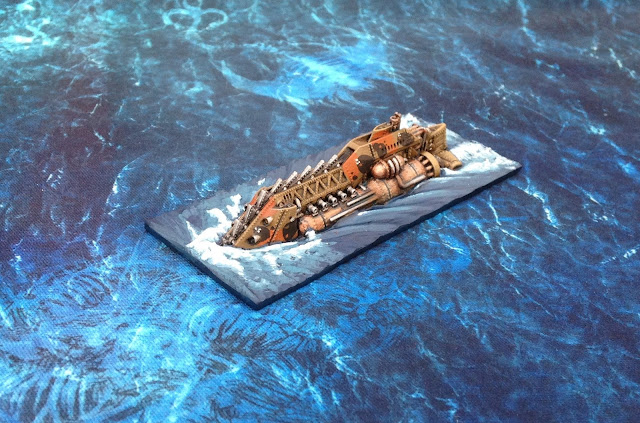 If (and when) I expand the more traditional naval fleet, I think I will paint them in the same scheme as my Australian fleet, making for two large but unified fleets rather than several different allied fleets with contrasting colour schemes.