I think it was the day after I declared my project for Infinity vehicles finished that Antenociti's Workshop announced they would no longer be distributing the Nemesis Police Car. The bars were too fragile and had a habit of breaking in transit.  Fortunately I knew my FLGS had one, so that very evening I grabbed it.

The bars were indeed broken in about three places, but nothing a little super glue couldn't deal with. As I had only just "finished" this project I wanted to crack straight on with it so it didn't hang around.  Also, Mayacast announced their Masterglass Competition was going to be a piece of terrain. 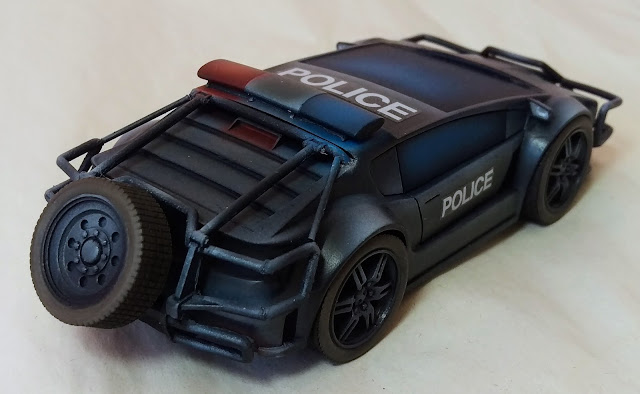 Unfortunately I thought I wouldn't get this done in time for the competition, as I was waiting for Police stickers/decals/stencils so I entered something else. I managed to find these stickers for Scaletrix cars - they're not as good as decals, but they do okay and mean that once again project vehicles for Infinity is done... for now.