WARCRADLE GIVE SOME HINTS ON THE FUTURE OF DYSTOPIAN WARS 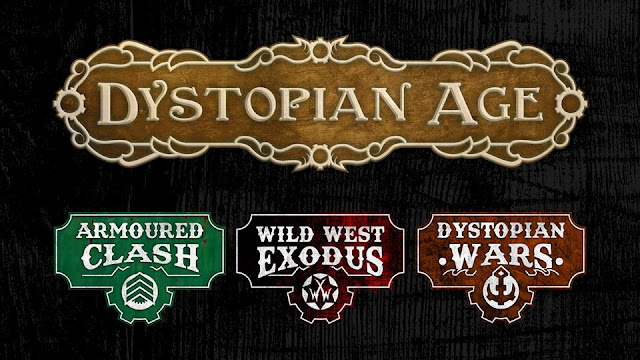 It's been some months since Spartan Games imploded, and in the time since we have seen a number of developments - the biggest being the acquisition of the Dystopian Wars Intellectual Property by Warcradle Studios, the minds behind Wild West Exodus.

This week we heard their latest plans - all shown in this video and a blog post...

"We are excited to announce the launch of the Dystopian Age  - a rich and expansive setting for a range of science fiction games from Warcradle Studios.

The Dystopian Age takes place in an alternate 1870s. It is a world where the heroism, greed and ambition of humanity is matched only by a scientific genius that has changed the world forever.

What does being part of the Dystopian Age mean for Dystopian Wars?

Having a larger canvas means that we can take concepts and designs from Dystopian Wars and explore them further. We have made the factions as outlined in Dystopian Wars as the starting point for our work in this new setting, so that means there will be a great deal of material that is immediately very familiar to Dystopian Wars players but at the same time there will be some new twists that we hope will surprise and delight.

Dystopian Wars is 1:1200 scale game of naval battles pitching eight factions against each other in a struggle for supremacy on the open seas. All factions make use of a mixture of aerial support as well as powerful warships, cruisers and frigates to sink or drive off the enemy fleet.

There are eight factions for Dystopian Wars which represent superpowers or alliances of smaller nations who each vie for dominance over the other:

The Union of Federated American States

The Covenant of the Enlightened

There are a range of new miniatures in development for all the factions and we hope to show you some of those in the near future, but in the meantime here is a sneak peek at what the studio is up to..."

So some big changes! This is less a development of the setting a more a soft reboot, combining the Dystopian Wars setting with Wild West Exodus. The general aesthetic seem to have survived nicely, though the introduction of the more supernatural and alien elements (yes, Wild West Exodus has Aliens) could be... interesting.

It looks like Dystopian Wars as we remember it will continue in the terms of steampunk-Victoriana, and most of the old ships designs will be recognisable and still fit in, but this is going to be some pretty big change-up! If my old models are still usable then I will be well on board for this.

I'll be keeping a close eye on this one