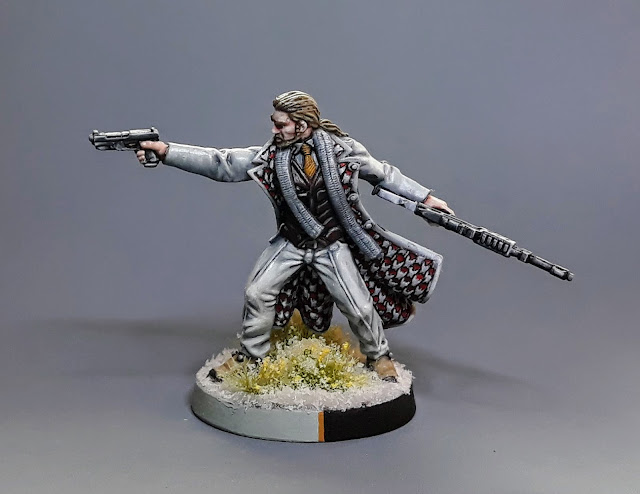 Hey all, painting progress has really slowed up for me whilst we're having some house improvements done.  However I managed to get my Corporate Security Unit for the Blizzard Force A done.  This was a really enjoyable miniature to paint, there's lots of potential for spot colours; tie, waistcoat, shirt, scarf, belt, the inside of the jacket.  It would have been easy to end up with a mess, so I tried to keep it simple.

The inside of his coat is an awesome bit of sculpting and was very satisfying to paint.

I love this unit in game; he brings something with a little bit of flavour, thanks to Metachemistry to an otherwise fairly bland list. Quite often he ends up as my Datatracker, if for no other reason that he's probably not high on my opponent's priority list of things to deal with. 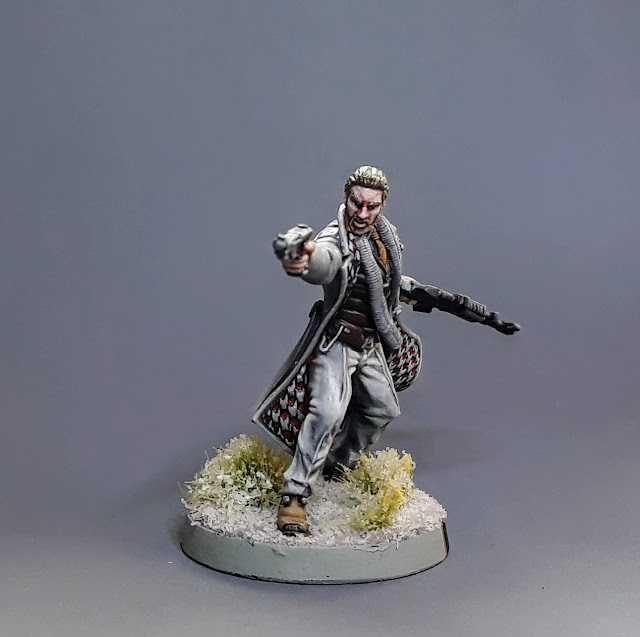 With regards to the Svalarheima Blizzard Force A list... I'm gutted that the pointers seem to indicate that Corvus Belli are probably going with Varuna as the new PanO Sectoral.  With these CBLs, the new Hospitaller boxset and the way the story seems to be moving us into Svalarheima, I thought I'd got a good head start into their latest offerings. Well, seems I was wrong and these fellas are heading for the bench. It's not that I don't like the list, a Jotum in Suppressing Fire and a Haris Link of Nisse is an awesome sight to behold, but the lack of Engineer to fix the Jotum up is crippling. 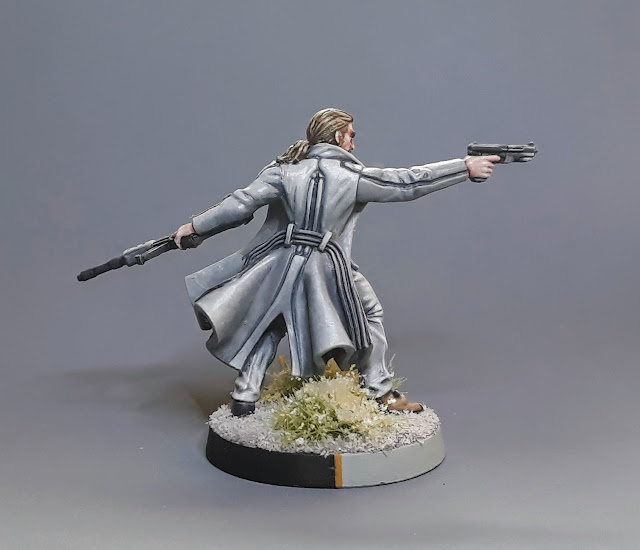 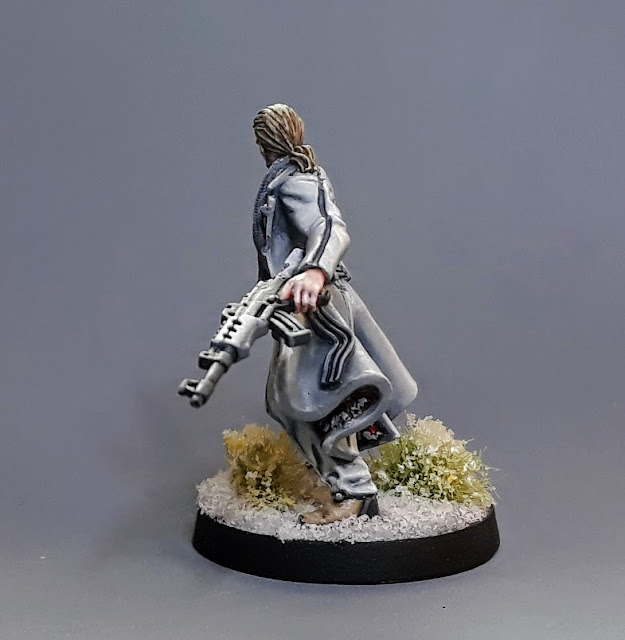