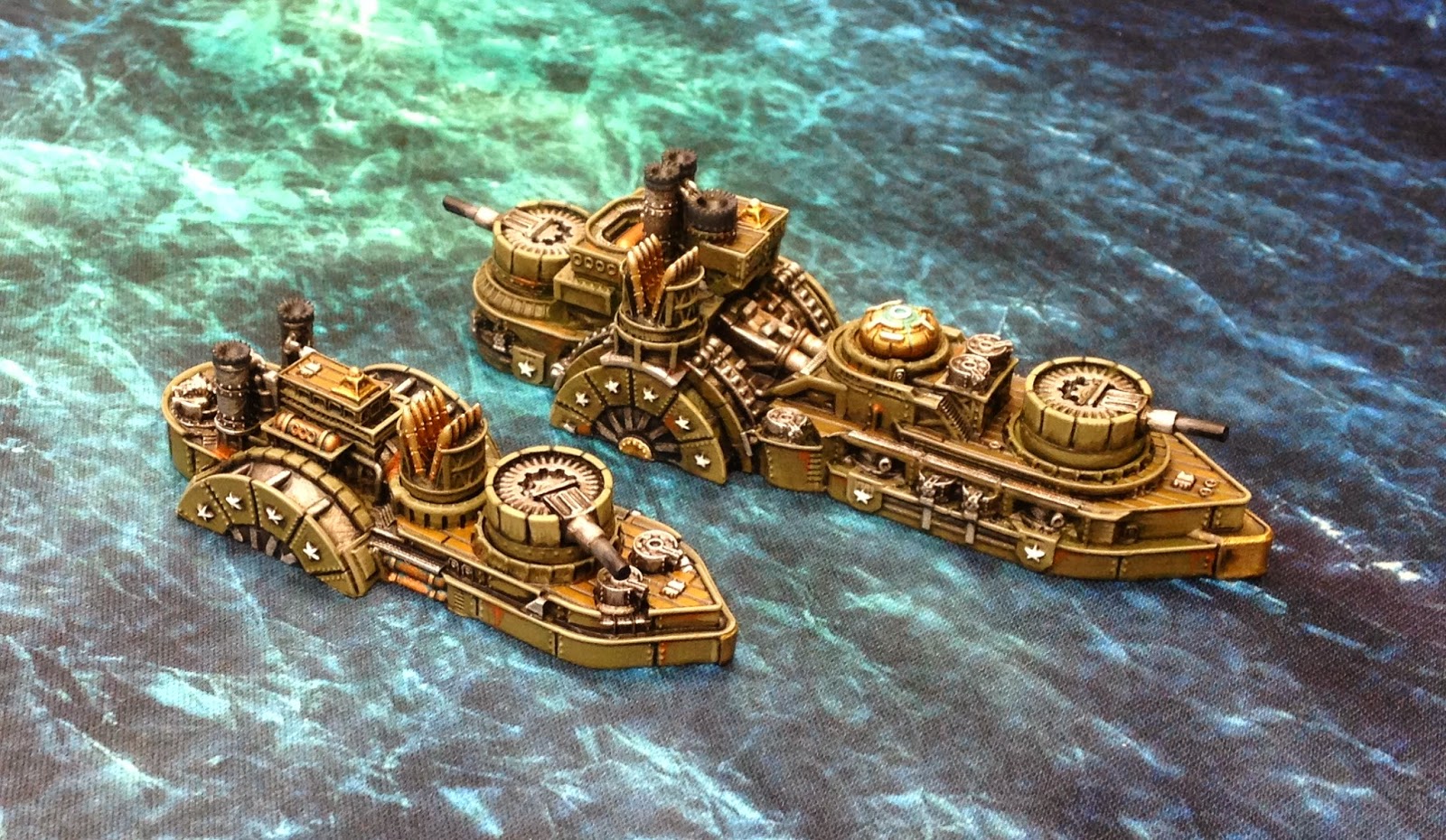 Painted in preparation for an upcoming Battle Report, the Annapolis-class Battle Cruiser brings serious firepower on the Medium hull to the Federated States of America. Rivalling a Battleship in terms of damage output, and featuring both a Rocket Battery and a Generator option, the Annapolis allows you to have your cake and eat it. Released with the new Naval Battle Group, I was impressed with the model for continuing the aesthetic of the FSA and sitting nicely amid the various classes. There is clear progression from the Light Cruiser all the way up to Dreadnought, and the Battle Cruiser fits neatly amidst them.


This model was a joy to paint, as with all of the FSA vessels. It is rugged and simple, with lots of room for interesting colours, weathering and highlighted armour plating. The Annapolis may have been damaged early in the Battle Report (spoilers!), but still managed to cause trouble. Ben has decided he would like to run a pair in an upcoming game, and so the second ship will soon make its way to the painting table!