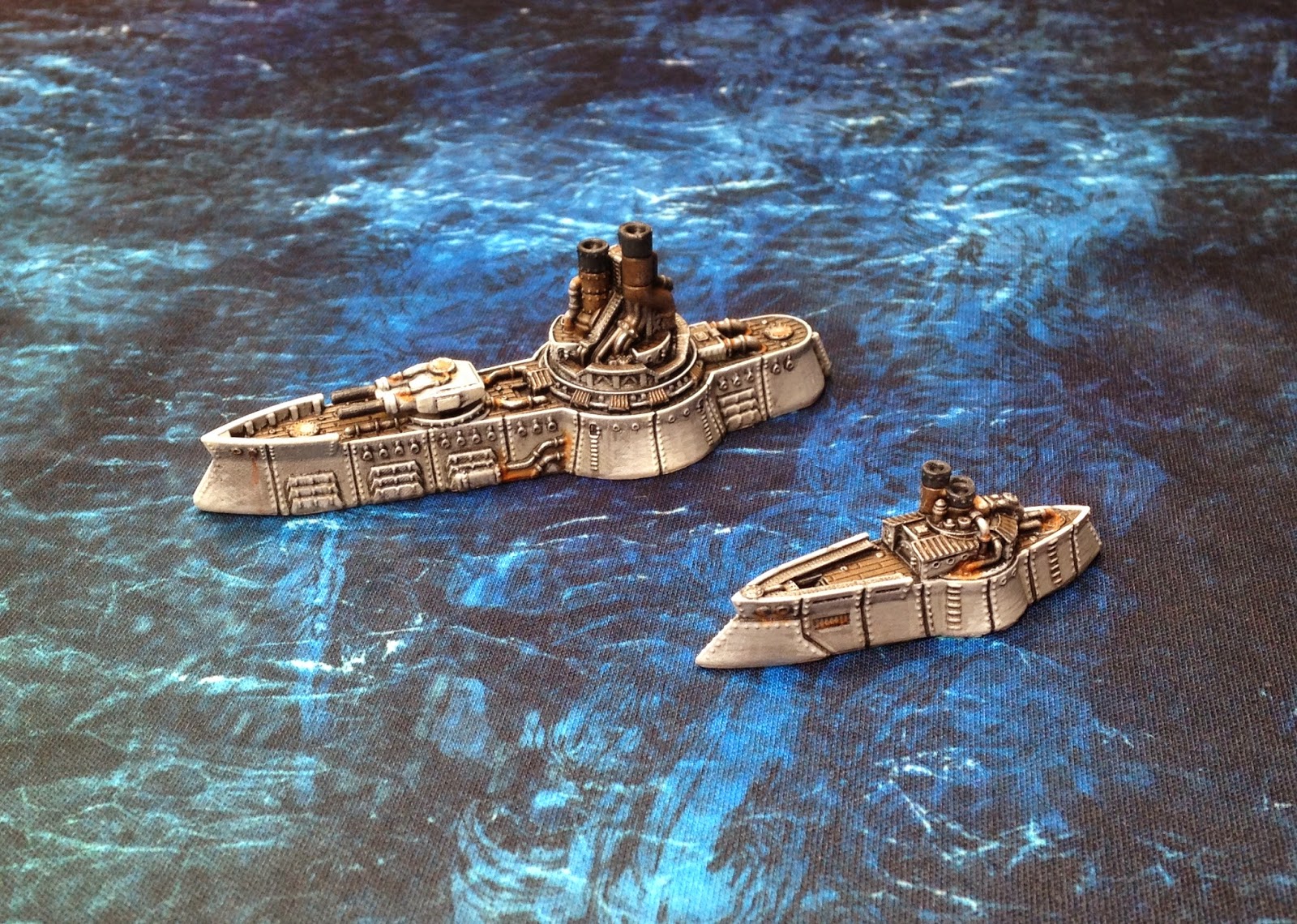 After struggling with inspiration and being generally unhappy with the quality of the test model for the Republique of France, I have retired that particular fleet and returned them to the Work In Progress Pit. They will have their time in the sun, but not this month...

In the mean time, a friend of mine decided he had been beaten one too many times by my Prussian fleet, and was going to concentrate on some other gaming systems. Sadly, he decided to quit Dystopian Wars and sell his rather large Russian fleet... though not so sad as I was happy to take them off his hands. One additional Naval Battle Group later and the fleet was sitting pretty at well over 3,500pts!

I have always loved the Russian fleet but avoided them until now as I did not want to have the same fleet as my friend. Now I have the freedom to work on another Core Nation and have a fleet that can set sail in any theatre, covering both the Pacific, North Sea and the Atlantic with impunity. This will provide a good foe for some of my Imperial Bond-playing friends, and also give me an excuse to paint more of that lovely Ablative Armour. The Russians are simple to paint and brutal to play - not my usual style, but with the new Edition I think they have some tricks that make their playstyle a lot more interesting than it once may have been.

Anyway, on to the pictures!

After the weeks of painting 28mm Infinity and the utter lack of enthusiasm I was experiencing from the Republique of France, it is great to find some models that really grab my attention. Hopefully I will have some more WIP pictures coming soon.