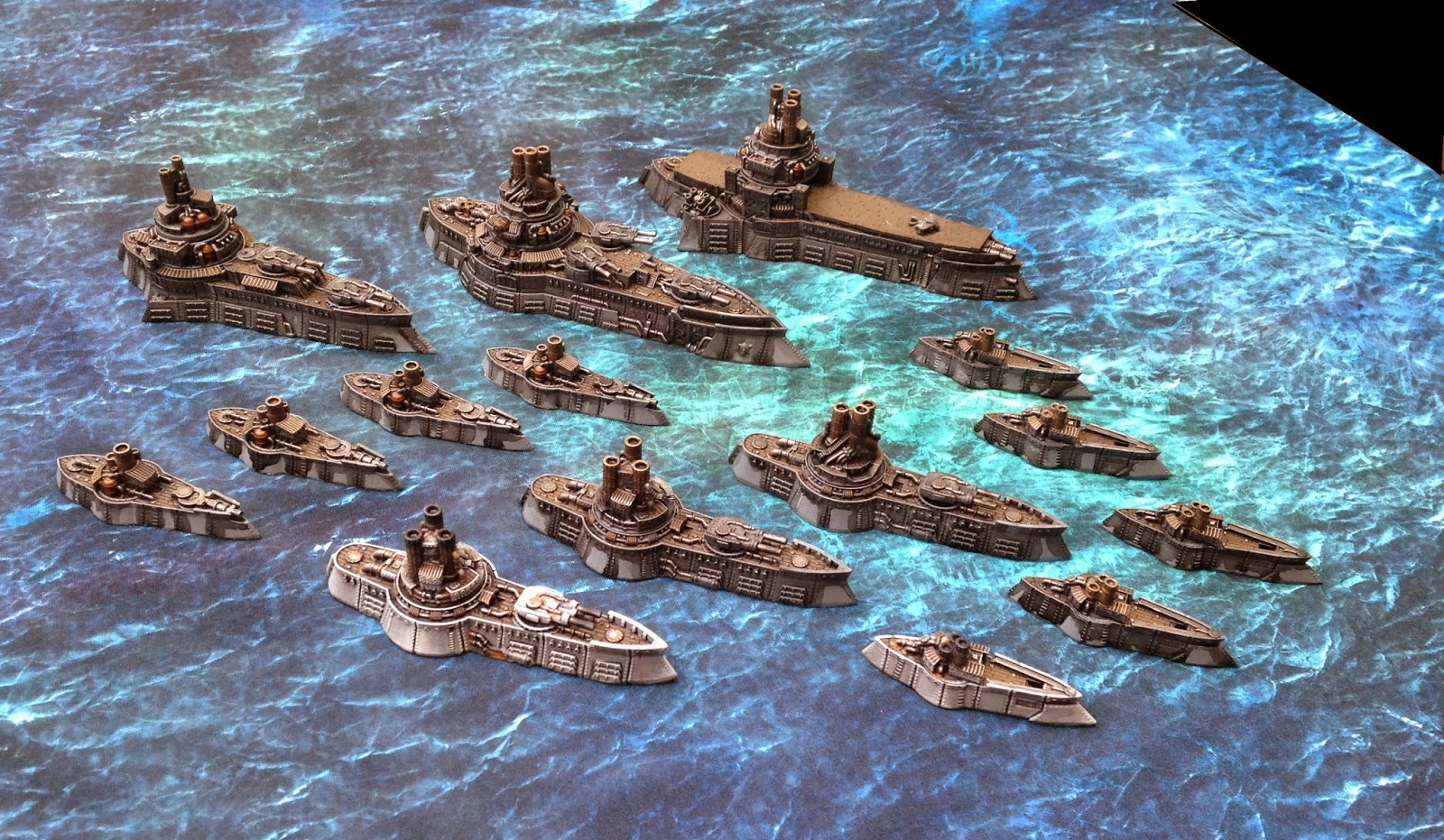 I have failed the Element270 Painting Challenge, and the Russian Coalition fleet sits base-coated and washed, but in no way finished. A damn shame, no doubt! I would love to have seen my work competing with the talent Australia and the rest of the world has to offer. Ultimately, the summer was just too busy, and I was kept from the painting table too long to get them done.

I work full time as a hotel manager, and Summer tends to be the busiest time of the year (save Christmas). This year was no different, with a series of six-day working weeks and unrelenting brilliant sunshine leading to some very busy, very haphazard schedules. Losing a number of key staff to the usual business turnover and a ten-day holiday in August where no painting was done was also a spanner in the works.

The Russians will be completed... but not today, and not in time for the Challenge. Thanks to those who were following what little progress I made, and I hope you enjoyed all of the other posts I have made in lieu of painting Russian ships. In the mean time, here are some pictures of what was completed...


DISTRACTIONS AND EXCUSES
Holidays and work played the greatest role in keeping me from completing the Russian fleet, but several other projects also conspired to keep me away from them, not least of all a whole other game system - Infinity. While I was kept busy throughout July with the Infinity project, several other fleets also needed a couple of models here and there, which took up valuable time in August. Below, you can see some of the finished works.

So there we are! A productive summer, perhaps not as productive as I had hoped, and certainly not in the manner hoped for, but good nonetheless. In the coming weeks I will be cracking on with some more Infinity models, as well as commission work for a Prussian fleet and some more FSA vessels. The Russian Coalition will have their time, and hopefully sooner rather than later.