THE FLEET IS READY TO SET SAIL 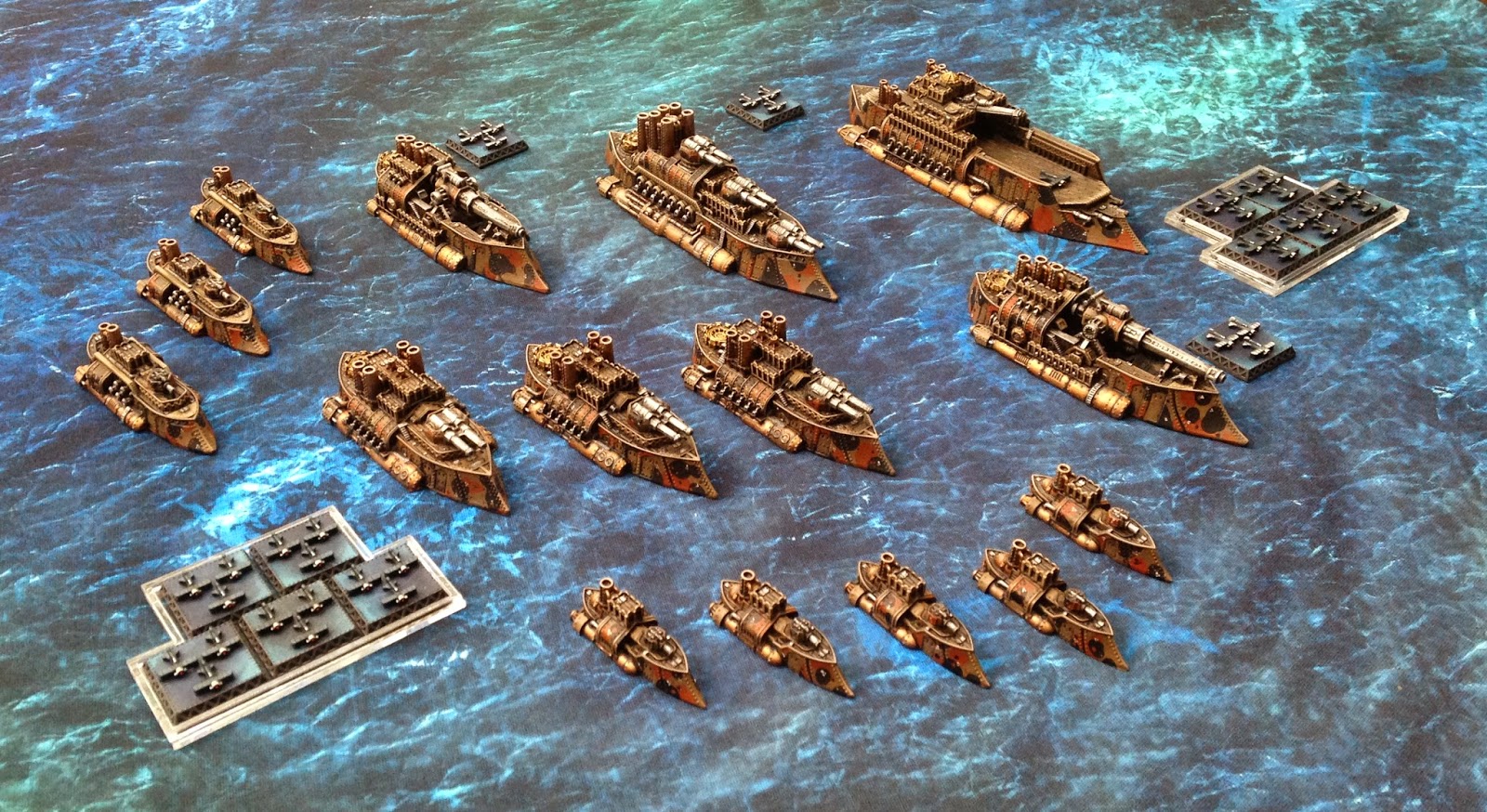 Last week saw the first wave of models for the Indian Raj fleet completed, with an extra Canda-class Monitor thrown in after painting one for the Step-by-Step Guide. The fleet now stands at 1,100pts, a formidable size that will be easily rounded up to 1,250pts and 1,500pts with some Royal Australian allies. In the coming weeks, I hope to finish painting my second Naval Battle Group box and bring the fleet up to full Grand Fleet standing. No doubt something will come along and distract me though!

Painting the fleet was relatively easy and enjoyable. The camouflage pattern, once practised enough, was not difficult to repeat - in fact, the main problem was keep all the ships looking individual! I have always enjoyed painting brass and using colours like Steel Legion Drab, and most of the highlighting was limited to the edges and superstructure. This made the fleet more fun to paint than the Russian Coalition, for example, as they require many layers of grey that needs to be layered subtly to get the best results.

Unfortunately, at time of writing I have not managed to play a game with the fleet, but hopefully the next two weeks will see opportunities for a couple of good-sized games. After that, I may put pen to paper and write up some first impressions of their power on the board. At the moment I am looking forward to executing some powerful synergy between the various ships - especially the Assault Carrier and the Battleship. The potential for multiple highly effective Boarding actions throughout the game is too good an opportunity to miss, though I know my opponents in the coming weeks will be running the aggressive Prussian Empire and the numerically superior Chinese Federation.

In the future, I intend to finish the second box and bring the fleet up to 2,000pts, which will give me the options for the different Generators and for various squadrons of Small and Medium class. I already have allies in the form of the Royal Australian fleet, but some ships from the Kingdom of Britannia might also be good - especially the brutal submarines of the Kingdom. I have my eye on a squadron of Vanguard-class Submarines, and the idea of running a Vengeance-class through a Time Flow Generator is hilarious.