SHOWING OFF A RECENT COMMISSION FOR THE PRUSSIAN EMPIRE 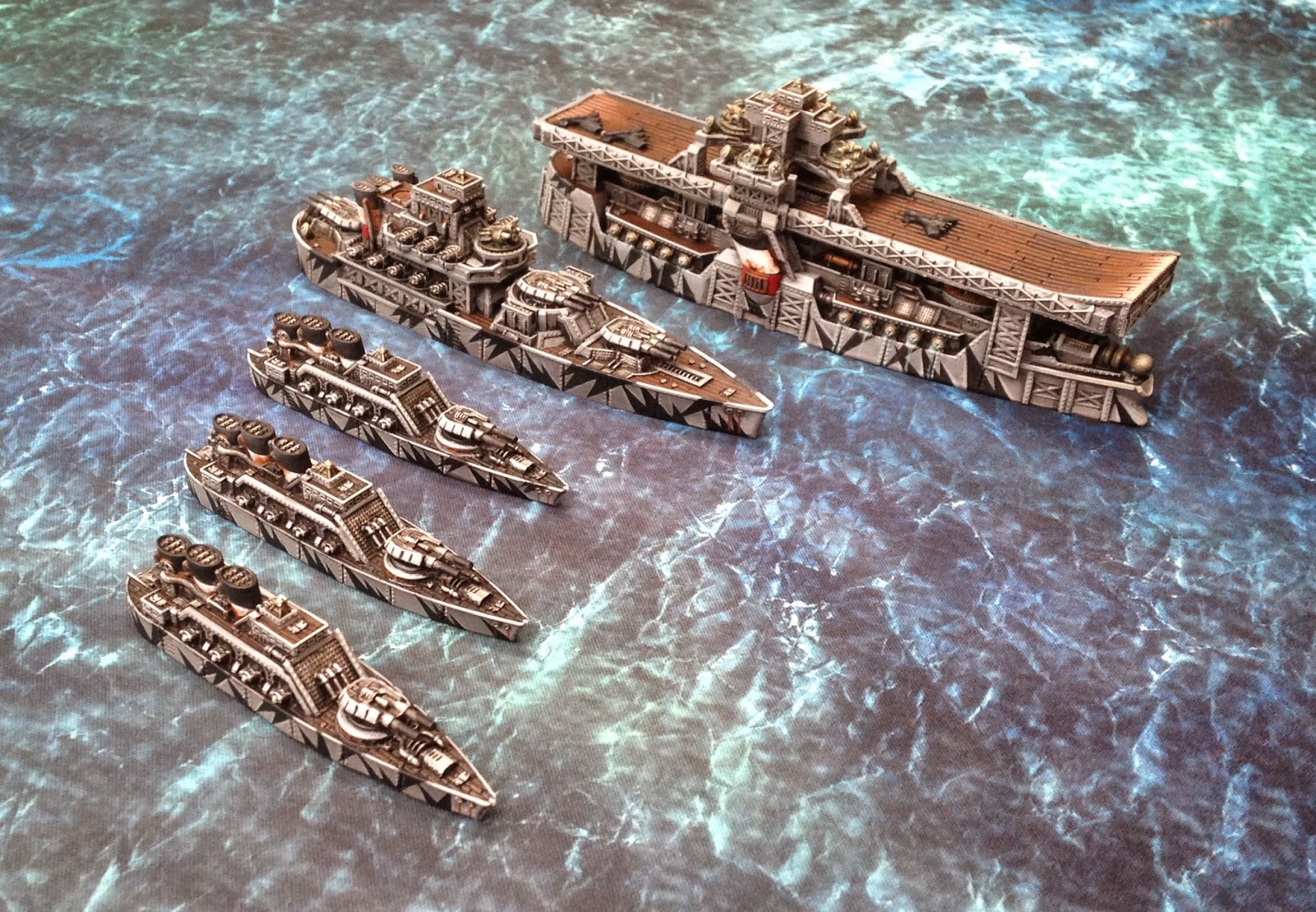 Some readers may be aware of my common Dystopian Wars opponent, Mike. He plays almost exclusively with the Prussian Empire, though has dabbled with the League of Italian States, Chinese Federation and Russian Coalition in the past. His Prussians are his only fully painted fleet, however, and they feature in several of the Battle Reports featured on this blog - usually those featuring Prussians where I am not in command.

I painted his Prussian fleet for him last year, as a commission undertaken at the start of the summer. Confusingly for almost everyone involved, the scheme he chose them to be painted in is exactly the same as my own, so I have in essence painted the same fleet twice in the same colours! This made things simple for me, as I knew exactly how to paint them, but occasionally it has been a little boring. This is one of the reasons updating Mike's fleet to include the new Naval Battle Group has taken so long - that and he did not give me a deadline.

So here we are, some months after their release - another Naval Battle Group painted for the Prussian Empire, in North Sea Puzzle camouflage, done in one weekend. Mike's fleet is now rather sizeable, and I cannot imagine how many points we have between us! In future games, Mike will not have to borrow my Kaiser Karl-class Heavy Battleship or Elbe-class Fleet Carrier... unless he really wants to win and runs two of them!