WHAT'S NEXT FOR DROPZONE COMMANDER? 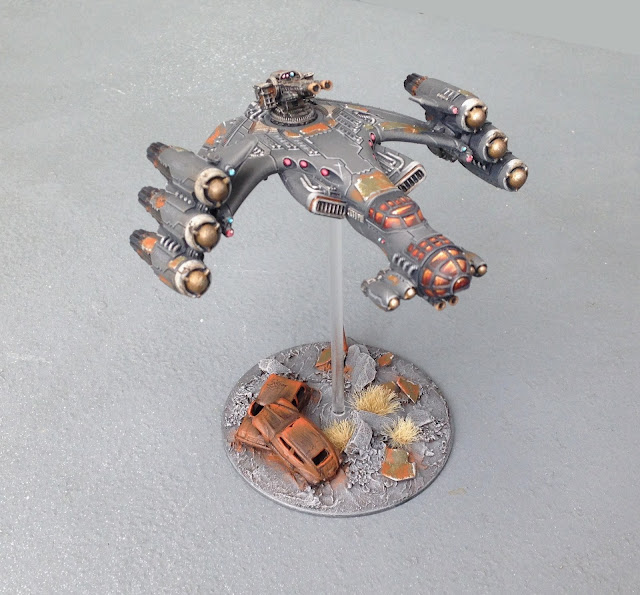 Following the tournament a couple of weeks ago, work on my Dropzone Commander force has continued, albeit at a slower pace than expected. A second and third Lifthawk has been added to the fully-painted roster, while the remaining Cyclones are en-route. I want to get the 1,500pt list finished before the end of the month, but find it difficult as I keep changing my lists and running new units!

While trying out some different units, I have finished constructing almost all of my Resistance models, including some minor conversions to add some variety to the Gun Wagons and Technicals. In addition, everything has been basecoated - I detest bare metal and resin on a table! Below are some pictures of the latest additions to the Resistance.
The next unit to be battle tested will be the M20 Zhukov Battle Tanks, with that powerful AA cannons and formidable armour. They will bring some serious anti-aircraft firepower to a list that is slightly lacking, and though they are more expensive than the M9 Hannibals, I think they will prove their worth against the increasing numbers of flying units in my local gaming group.
Beyond painting, I have a number of conversion projects in mind - some of which will be started as soon as possible, others will have to wait until I have painted some more models. The big project this week will be the flying bases for the aerial units - I'm not a huge fan of the standard bases, and as they are not really necessary for anything in the game (range is measure to the centre of the model, and fire arcs can be worked out with a template rather than relying on the base), I have gathered some pieces to make scenic bases.

The bases will be modelled as ruined cityscape, in a similar fashion to the infantry. The biggest ingredient for this work has been a collection of N-Gauge model cars to work as wreckage, and I was lucky to find some empty car chassis on eBay - these cars will look a lot better without windows, and will be much easier to paint as ruined, burnt out hulks.

The starting point for the new bases was the 60mm flying stand from Games Workshop, sprayed black first so the pieces will stick down easier. Texture was added with poly-filler, with a smattering of smalls stones and sand from old GW basing kits. Large pieces of rubble, pipework and scrap metal was cut from plasticard.
Thanks for reading,