WINNER DAVE ADDS ANOTHER HERO TO THE STEEL PHALANX 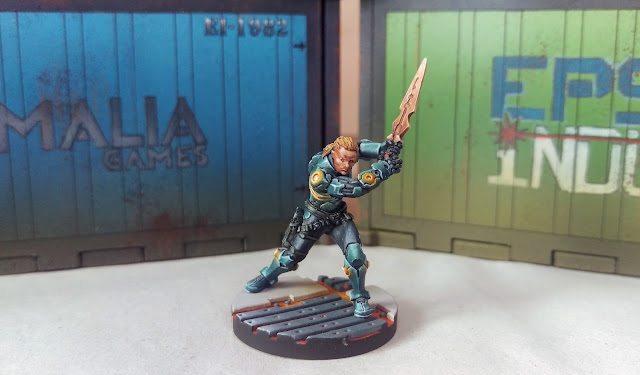 Today I finished managed to get Patroclus finished.

I like that there were more spots for me to add orange glow over regular Myrmidons.

His Holoprojector rules seem nifty but also a bit complicated and I'm not a fan of running units unless I'm comfortable with the rules.  At Level 1 I suppose I could deploy him as a lowly Thorakitai on the flank and hope my opponent goes for it, but with his 6-4 move that sounds like a waste.

Maybe deploying him as Achilles will have a different effect on my opponent and then I can move him around normally, but that seems like a pain in the butt. 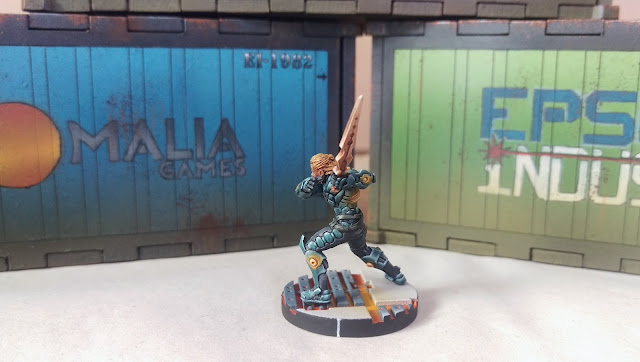 I'll probably make use of Level 2, to hopefully make my opponent waste orders shooting the wrong Patty or causing him to split his Burst.  I believe in my active turn that my opponent can hold their ARO, so there's no Surprise Shot or anything.  The one thing I can see this being super useful for is pushing a Holo-Echo out to trigger Mines and Crazy Koalas, things which I often face and often give me a headache.  However, that's a lot of points to achieve that trick and it's quite situational. 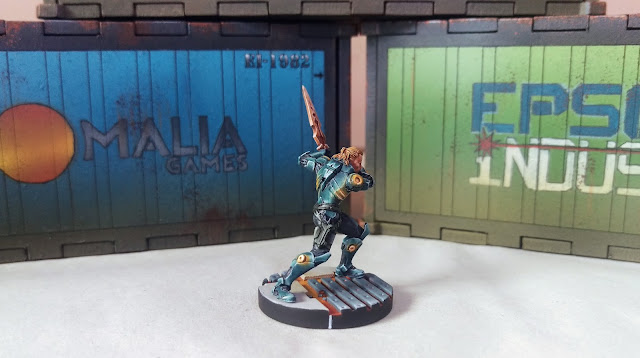 I know that there's shenanigans you can do with Duo'ing him up with Achilles and so you have four Achilles models on the table, but there is also requirement about where and when you place tokens which may or may not reveal who is who. To be honest that's too much bother for a player like me and I'd rather avoid using him than getting it wrong. Maybe I'll try it someday, simply because I do love the story of Troy and there's something very thematic about Patroclus wearing Achilles' armour.

So, Patty here might not be getting much table time, which is a shame, but I seem to have a stupid desire to have every Steel Phalanx model painted and ready to go.  Kinda wish I didn't :(