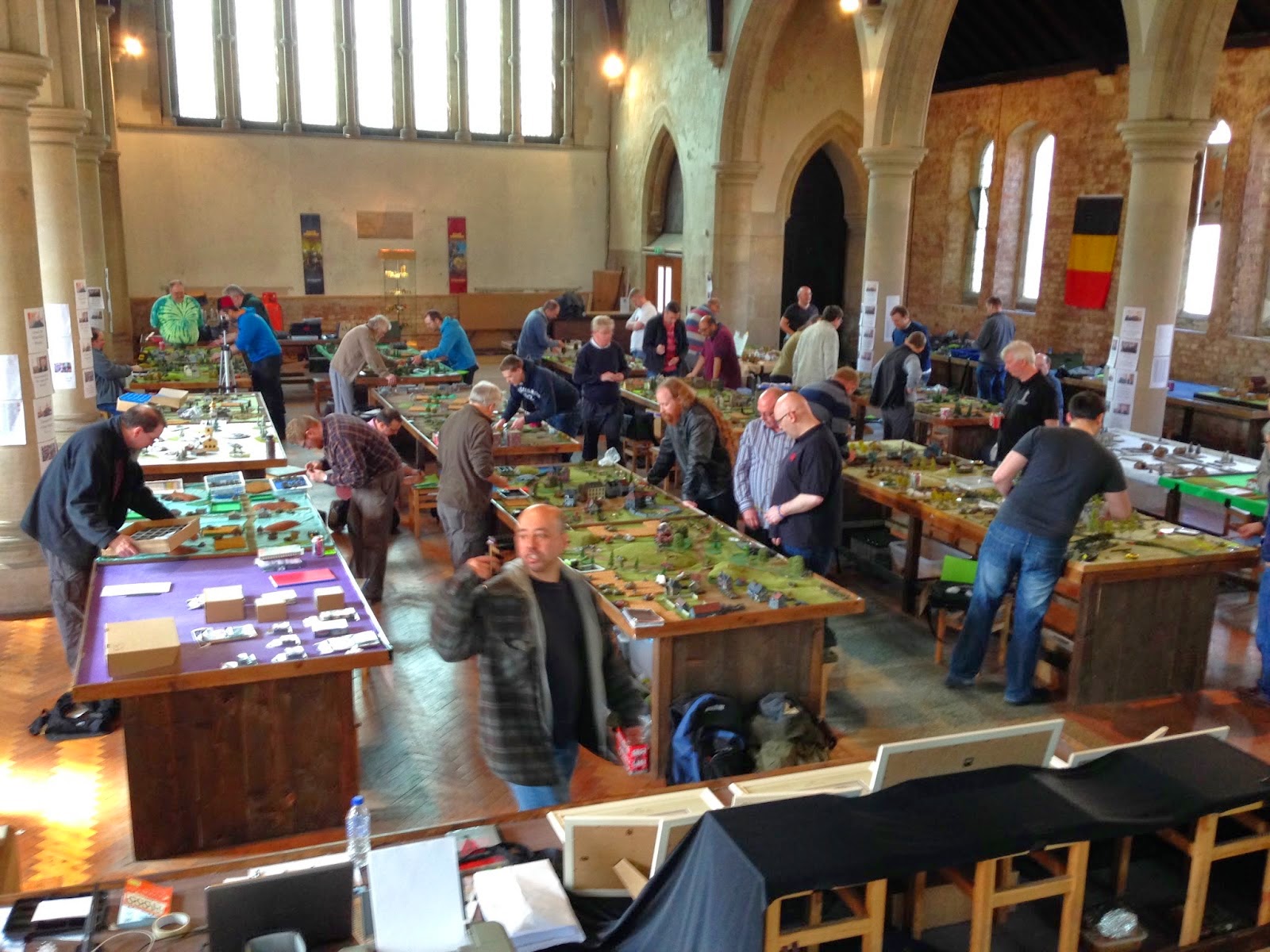 It was great to hang out with some old gaming buddies, many of whom have scattered across the country due to work and family obligations over the years. Congratulations to Army Dave for Best Newcomer, Dr. Alex for almost winning Best Newcomer due to technical error (should have won Best Sportsman for giving up his prize, I think!), Andy for Best Painted (Newcomer category, but still, what an acheivement for his first tournament) and Ben for winning a prize in the raffle.

Shouts out to all the new people I met as well - some of them even humoured me and feigned interest in Dystopian Wars! This was the first Flames of War tournament I had attended and the general attitude and friendliness of the players was really great - I felt welcome even though I was a spare tyre for the Breakthrough Assault guys and many of the players were happy to answer any questions I had.

Happy Birthday to Ben as well, the main reason I was present in the first place. My gift to him was to steal his raffle prize and beat him at Dystopian Wars (check out the recent Battle Report).