"Asteroids Do Not Concern Me, Admiral..."

ADDING SOME TERRAIN TO THE DROPFLEET UNIVERSE 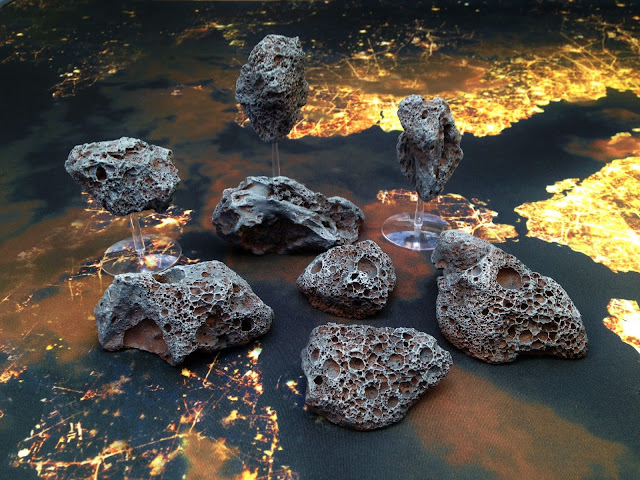 In the lead up to our Dropfleet Commander tournament, we realised that we wanted to run the scenario Moonshot. This would require a number of large circles to represent the Large Solid Objects, or Moons. We frantically scraped together some card constructions, but I thought I would make at least one board look special and repaint my asteroids from Battlefield in a Box. These pieces would make a great broken moon (as I'd recently been reading about in the book Seveneves) and would also work for extra "space stations" if we needed more for the Mixed Engagement scenario.

Initially the rocks were a simple grey, but I thought I would make them look more interesting by painting them brown and then rehighlighting the grey. This was an unsurprisingly quick and easy job. Once completed and heavily varnished, they were ready to make their appearance on the battlefield.

Asteroids are certainly not as relevant to Dropfleet as they may be for other space-based games, as the location of most games makes it unsuitable. Nonetheless, the idea of orbiting bodies and the like is something that features a lot in the book mentioned above, so I don't think it is beyond the realm of possibility. 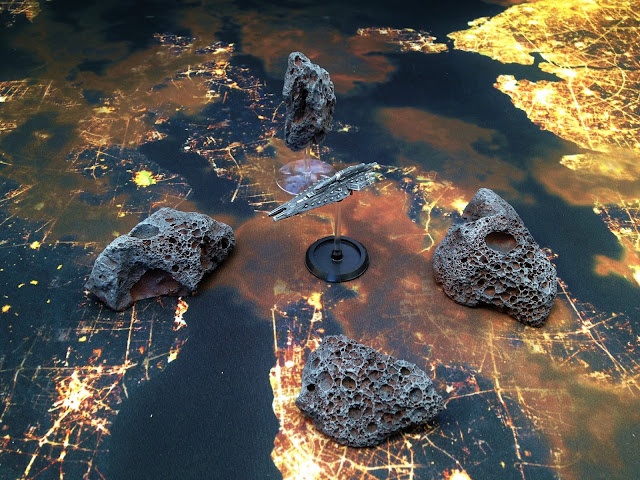 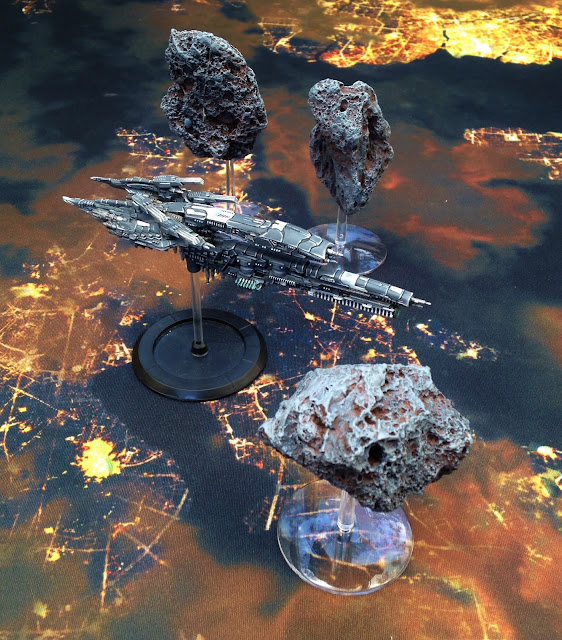 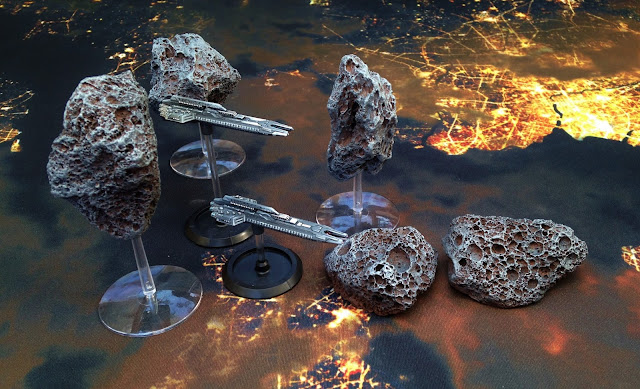 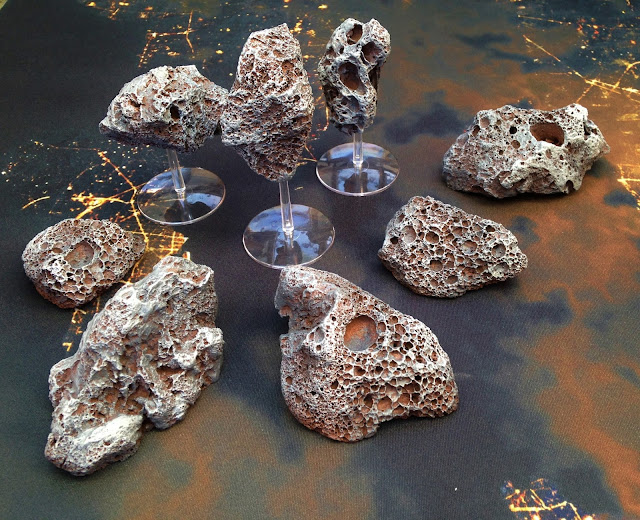