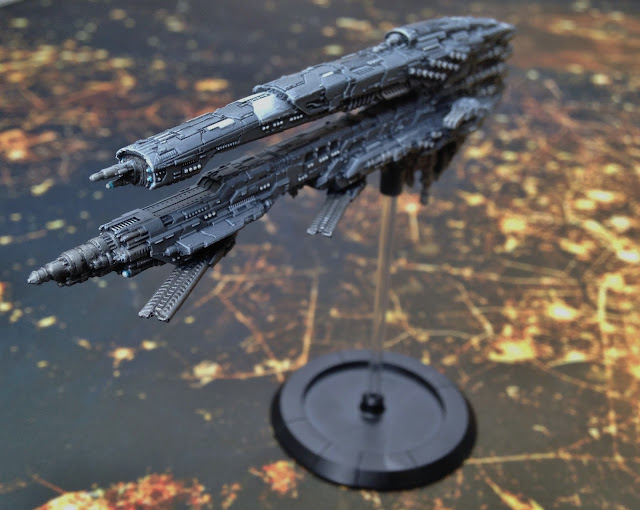 Who says four Battlecruisers is enough?

I may have a pair of each of the Kickstarter-only Atlantis and Avalon-class Battlecruisers, but the new resin Perth and Johannesburg-class are just too nice to pass up on. Angular and sharp, they match well with the limited edition Athens and Saratoga-class Light Cruisers. These new designs, representing the next step in the evolution of UCM ship design, form the vanguard of the counter-attack, as Battlefleet Carthage unleashes their newest weapons against the Scourge (and PHR, and Shaltari) threat.

The first to be painted is the Johannesburg-class Battlecruiser, equipped with a pair of twin UF-6400 Mass Drivers, a pair of UF-4200 Mass Drivers, Shark Missile Bays and launch bays running down the ventral spine. I kept the scheme the same as for the rest of the fleet, with a number of lighter grey panels and also a number of darker, almost black panels for contrast. The result is a darker ship, defined by the incredible detail allowed by the resin of the piece. Dozens of raised areas and "lights" cover he model, without breaking up the simplicity and making it appear too busy.

I am a particular fan of the stacked engines, giving it an entirely different look to the spread-out wings of the rest of the fleet. This design makes the vessel look especially threatening, thin and fast, as befits a Battlecruiser.

In battle, I must be honest and state that I prefer the Perth/Avalon design, but in smaller games (we have been tending toward 999pts while we learn to play) the Launch Capacity and powerful ordnance have made the Johannesburg a constant feature. I simply cannot afford two Seattle-class Carriers without sacrificing something else. It has roughly the same firepower as the Moscow-class Heavy Cruiser, which I was always impressed with in Starter Box games, so to have both in the same ship (a more survivable one, to boot!) is nice.

The downsides are having to run it Weapons Free to get the best use out those Mass Drivers, something I have enjoyed avoiding with ships like the New Cairo-class Light Cruisers and Avalon-class Battlecruiser. Being lit up like a Christmas tree so early in the game is not a great spot for the Admiral of the fleet! Nonetheless, she has earned her place in small games, and will be featured in my upcoming tournament fleet. 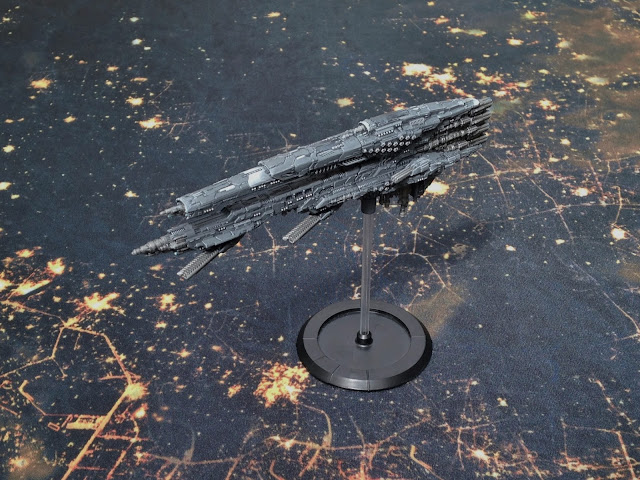 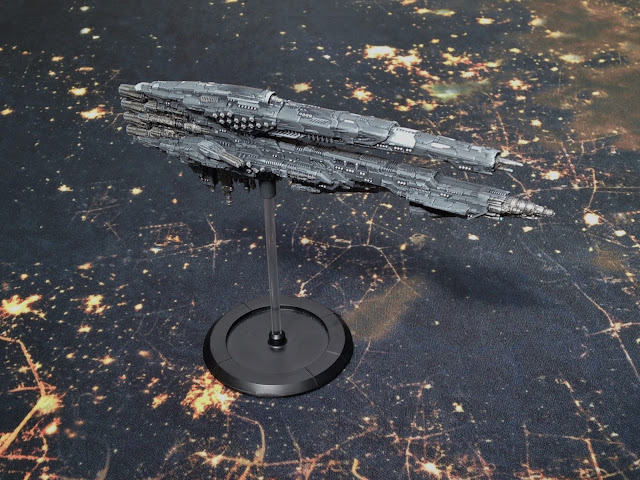 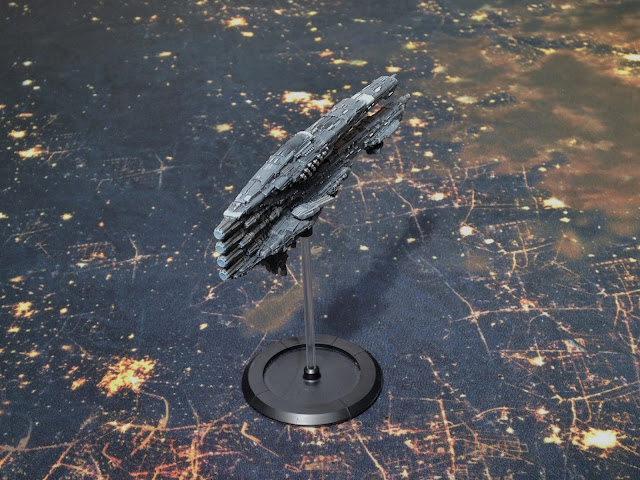 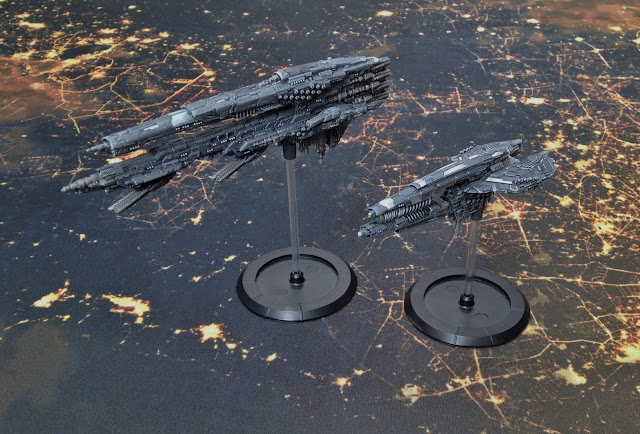 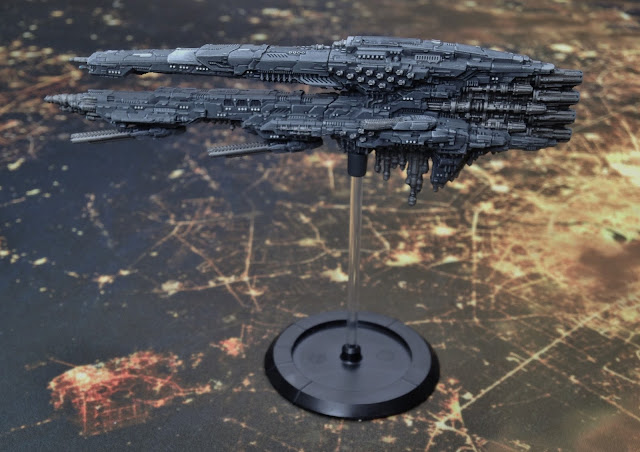 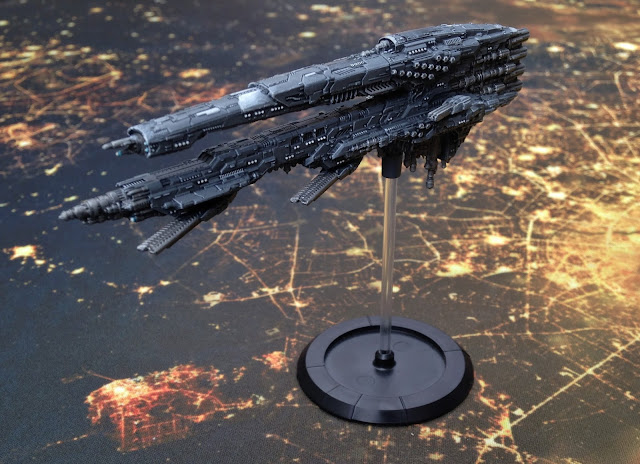