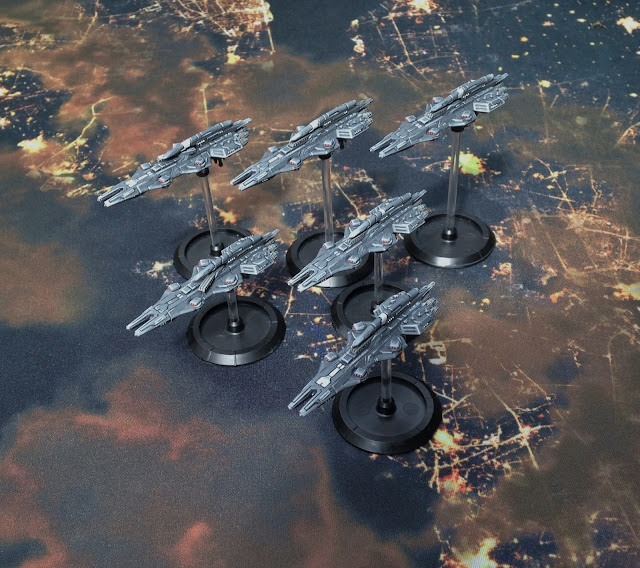 Ramping up the painting in recent weeks, I have chosen to finish off my squadron of Taipei-class Frigates. A full group of six of these vessels should be enough to put the fear of the United Colonies of Mankind into any foe!

These models are not my favourite UCM design, with their small missile pods and figure-eight style hull. They were painted in the usual style, with a smattering of different panels painted in light grey/white and a unifying red spot colour for the prow-mounted lights and the missiles themselves. My fleet does not feature a plethora of bold colours, so this squadron stand out with the strong red.

Their effectiveness on the field has been impressive - I have recently been running three of them, and though they rarely manage a second round of shooting, their D6+4 Close Action shots each has been scaring the crap out of my PHR foe. I favour running them in a small Battle Group, with a low Strategy Rating to ensure they take the initiative and score the first blow. 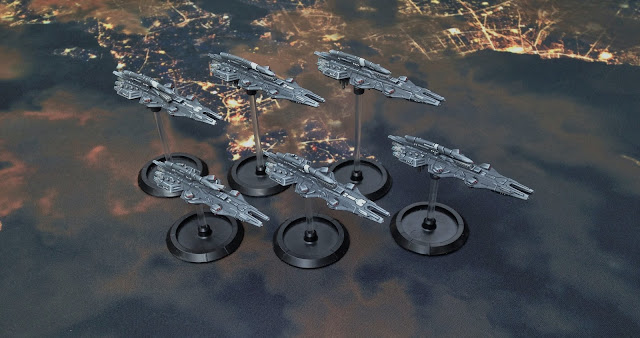 One day I will run the full squadron of six, and look forward to rolling a bucketload of dice for their attacks!