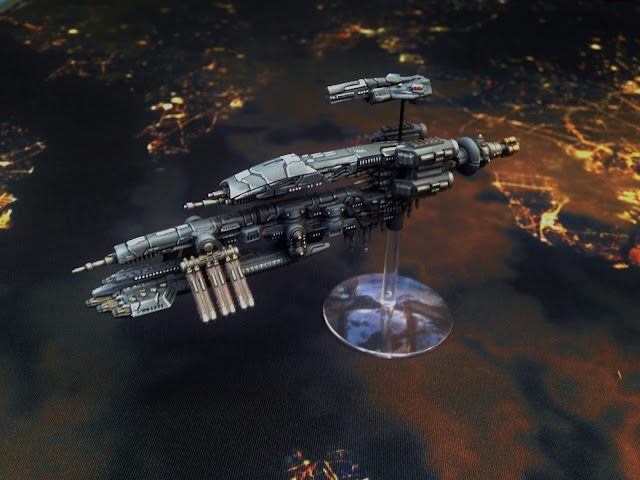 A personal pet project, the Repair Ship for my UCM Fleet was inspired by a number of source, most notably the Fast Fleet Auxiliaries from the Lost Fleet series of science-fiction books. I had also enjoyed working on repair ships for Dystopian Wars, so it made sense to work on a conversion for Dropfleet.

In the build-up to our Dropfleet Commander tournament, I realised that we would need a number of space stations. I had only built one and Adam two, leaving us short. The Repair Ship was hurried into production and painted up to feature on the board as a makeshift space station.

I doubt I will use this vessel in any serious games, but as a private piece, an objective or just a terrain marker it works well. I enjoyed working on it so much, in fact, that I am planning a second! Soon enough a whole fleet of non-military and civilian vessels will run alongside Battlefleet Carthage.