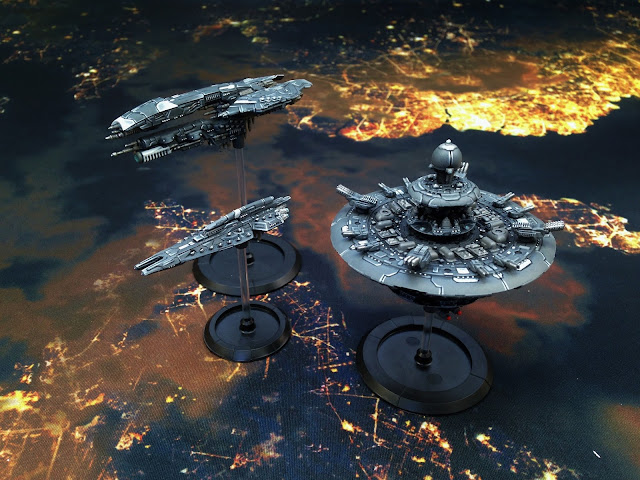 The first of what promises to be at least five space stations, this beast was assembled at speed in time for our Dropfleet Commander tournament. I was inspired by the circular gun platform from the rulebook, but an incident and some damaged plastic meant the final result is a little more truncated.

I painted the station in the same grey as the rest of my fleet, as it is a military installation. Civilian platforms and the like will be more colourful. I enjoyed painting this model, as despite the large surface area it is covered in lots of easy details. You can barely see the missile pods on the bottom, but these add some colour as they were painted in red. Blue was another spot colour, dotted across the platform.

I think I will work on another platform almost identical to this so I can have a pair, and then three civilian stations - mining platforms and the like. Wish me luck! 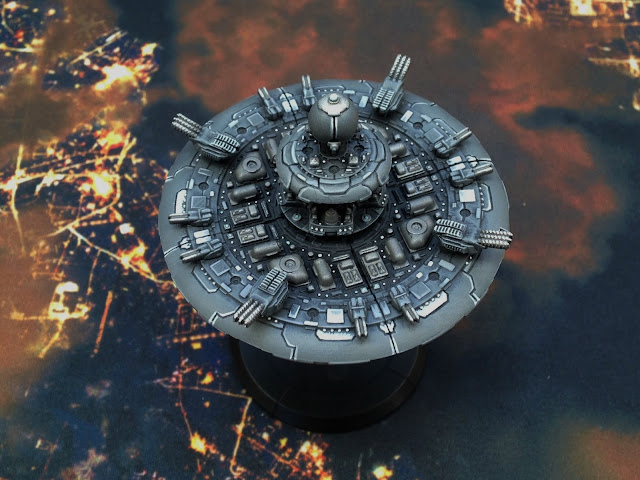