There's a New Gang in Town

I've just finished painting these guys for my almost nearly complete Steel Phalanx collection.  The new Thorakitai sculpts are easily my most awaited release, I can't stand the old sculpts and I did not enjoy proxying my Light Rocket Launcher for a Feuerbach, so getting my hands on these was most welcome. A generous friend gave me the Nesaie Alkê model too, which is good because I did not relish the idea of spending money on that sculpt... combat pig tails anyone? 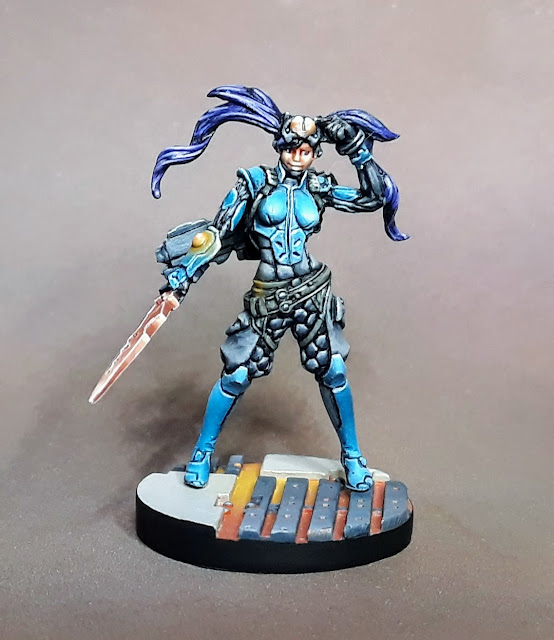 The new models were a joy to paint, Corvus Belli's new way for assembling the models is a great achievement and the scale creep makes the details just that bit crisper and therefore easier to paint. I did get caught out by my old nemesis, so there's a couple of mould lines, which is annoying. 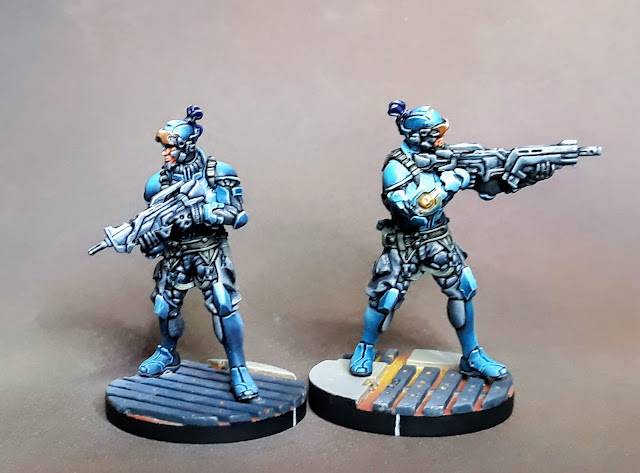 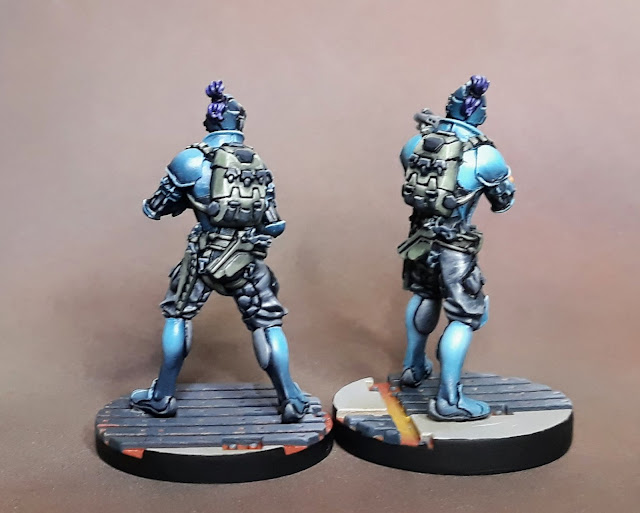 Initial reports on the boxset had the HMG-toting guy as a Marksman Rifle, so I assumed a stand alone blister would be released for the HMG.  This made sense to me as, that thing does not have enough ammo for an HMG, it needs drum mags or better yet a belt.  I could do with at least one more (two would be better) of the SMG model. 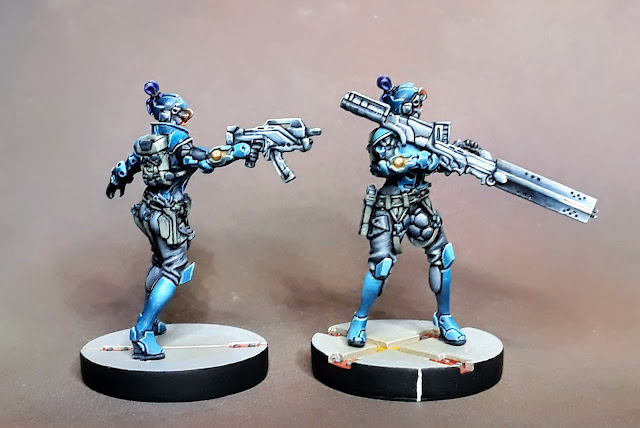 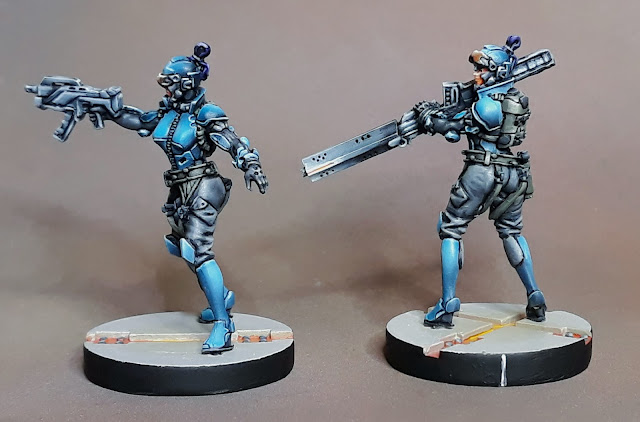 In game I find a Thorakitai link team almost indispensable, being so much cheaper than their Myrmidon brothers. These guys get the work done, as long as you can hit it, there's not much that can stand up to a 3-Burst Feuerbach.  The 360-Visors on the SMG/CR guys has saved my bacon more times than I should confess. The awkward choice is always which Enomatarchos to lead them.  Thrasymedes is cool, with his ODD and LRL, but he's also our only infiltrator, which makes him invaluable in that role.  Nesaie is cheaper than Thras in points cost but 1.5 SWC is usually 25% of our SWC allowance... ouch.

Looking forward to having these guys on the table.