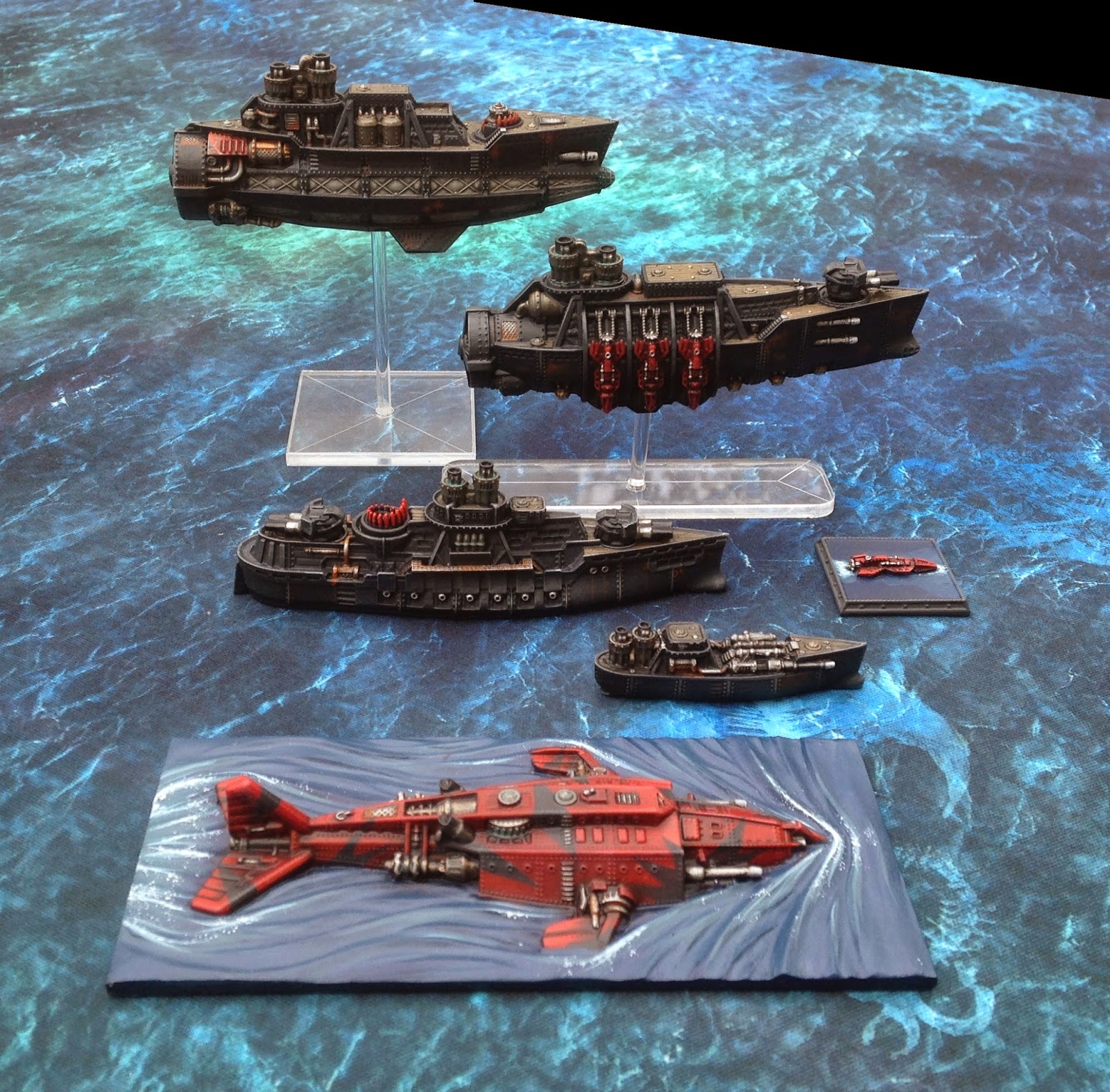 The Aerial Battle Group for the Black Wolf Mercenaries have hit the shelves and the painting table, and over the weekend I have managed to get the first of these ships ready - a Chimera-class Medium Airship. Initially happy with the colour scheme and the finished product, niggling doubts have begun to eat into my consciousness, and I doubt this model will survive the night in its current iteration.

I had hoped the red panel at the stern and the red rocket battery would have been enough to enhance the fairly dull black and grey scheme of the Black Wolf Mercenaries, but this vessel does not feel complete yet - more work needs to be done!

Here are some pictures of the work so far, and my thoughts on the future of the scheme.

So there we are! Not quite as complete as I had hoped. Nonetheless, this model took a fraction of the time the Russian Coalition ships have been taking, and I hope that once I have the colour scheme pinned down the rest of the Aerial Battle Group will be painted extremely quickly, ready for a showcase or Battle Report in the coming weeks.