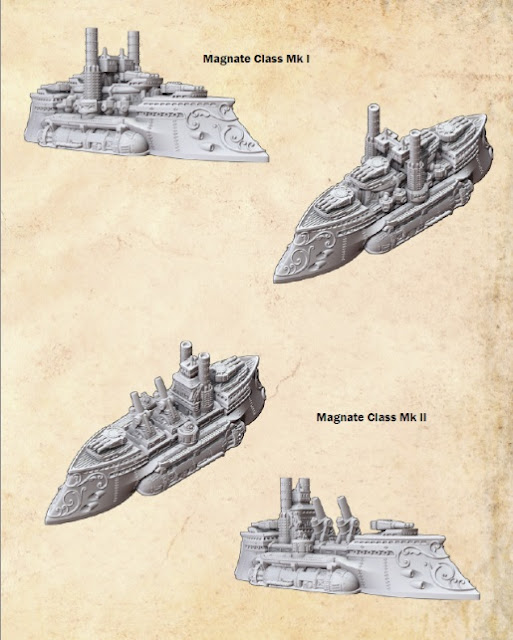 It has been very quiet on the Dystopian front lately. Distracted as I have been with other game systems such as Dropfleet Commander, combined with Spartan's own dedication to Halo: Ground Command, we haven't seen a lot of action for the game on this blog. It has not helped that my semi-regular gaming partner Mike has has some changes in his work, meaning our meetings have been far scarcer.

Recent news from Spartan revolved around their interest in running their own Kickstarter campaign for the Dystopian world - starting with an entirely new game Dystopian Empires (until that was shouted down by the vast majority in their recent survey), but now focusing on expanding the Dystopian Wars setting with some new campaigns, some new models and terrain. Great stuff! Given my own experience with Kickstarter I'm not sure I'll be investing and will perhaps wait for retail, but I'll be keeping close tabs on it!

In the mean time, December sees the standard retail release of four new Battleships for four of the Core Nations. These new models are shown below, selling for fifteen pounds each. I'm happy to see new releases, of course, and might well pick some of them up. I'm especially interested in seeing a new Battleship for the Russian Coalition, as I love all of their massive ships!


So there we are - cautiously optimistic for the future of the Dystopian world, and glad to see some new releases! I'll be keeping an eye on that Kickstarter...