CONTINUED ADVENTURES IN THE WILD WEST 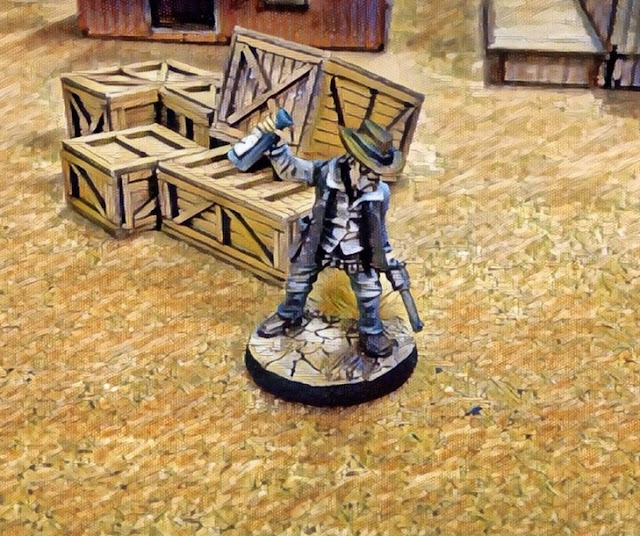 This week Winner Dave and myself once again returned to the Wild West, with another three games of Dead Man's Hand. The Law personified by Sheriff Ford and the upstanding citizens of Sweetwater took on the nefarious Outlaws, and reaped a bloody toll on the road agents in a string of gunfights.


THE QUICK AND THE LEAD

THE DUEL
The first match saw a high-stakes game of Black Jack - the winner would draw fast and shoot first. Three tense rounds ended abruptly as the Outlaw rolled high and put the Lawman down hard.

THERE WILL BE BLOOD
The second round saw the Law outmanned and outgunned, but the hillbilly McPoyle got the drop on the Outlaws and blew one away with his Shotgun at close range, before Musical Pete injured a second and they fled. Town drunk Sizemore took one in the leg for his trouble.

GUNFIGHT
The third and and final round saw the Outlaws get liquored up and return to Sweetwater, where they ambushed and gutted the unlucky Sizemore before the Sheriff and his posse outflanked them through the back alleys and surrounded them. A string of brutal gunfights through the streets ended badly for the Outlaws, with their Boss taking one in the eye while the feared Gunslinger was lured into a house, cornered and shot down brutally by three Lawmen. The rest of the gang were picked off as they fled the town, leaving the Law bloodied but victorious.

Lessons learned from the three games... 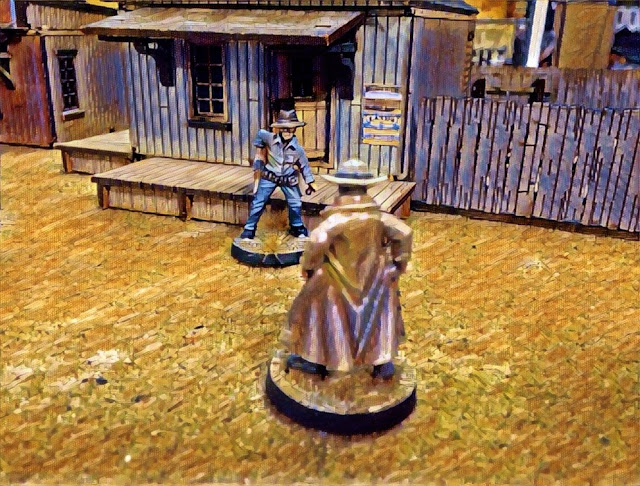