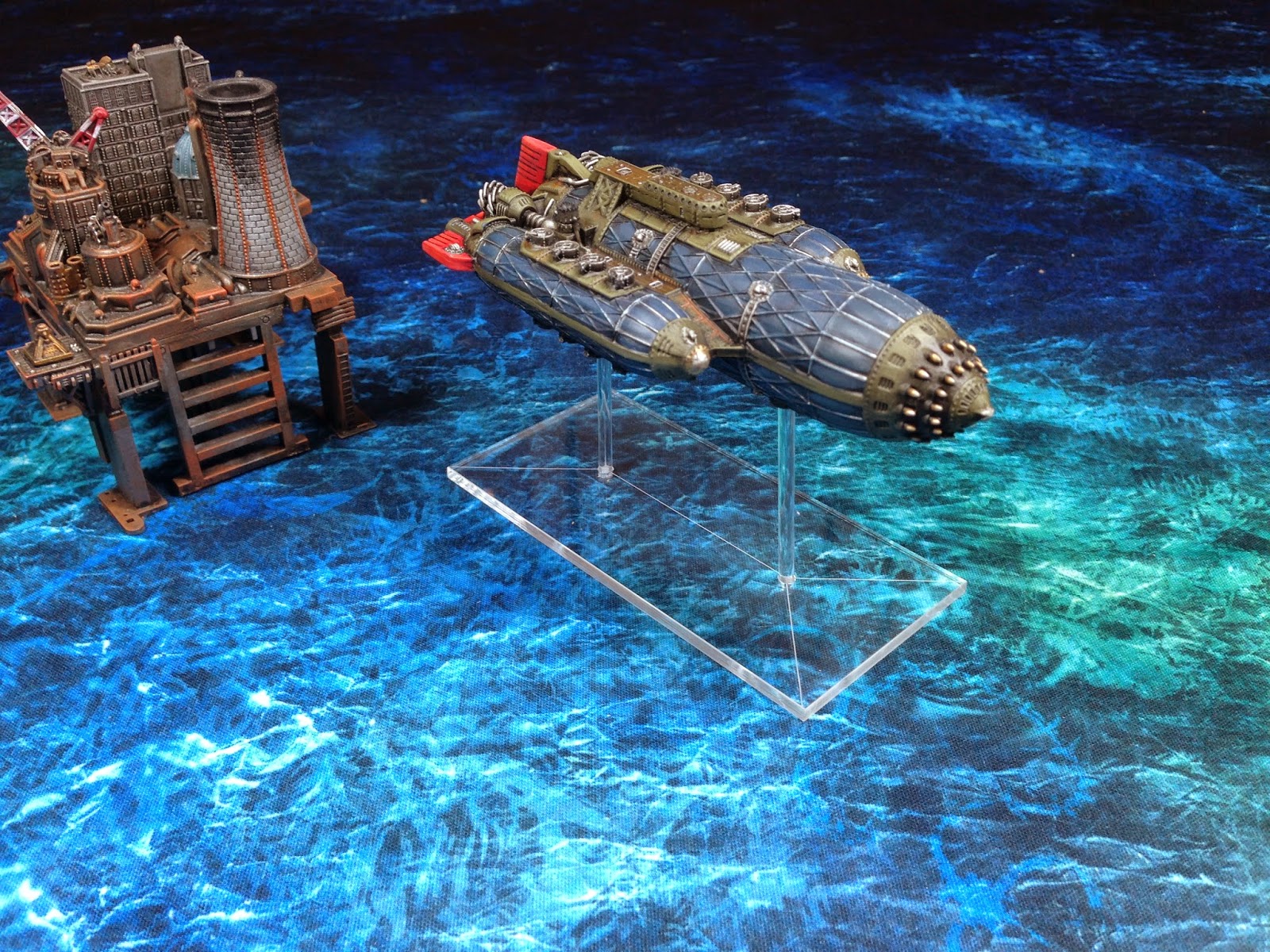 Welcome to Game Eight of the Greenland Campaign, and the Blockade of Greenland is entering full swing as the Federated States of America make their first move. Advancing a large force of bombers down the Davis Strait towards the Prussian port at Holsteinsborg, the FSA have played their hand and must break through the Prussian defences or rethink their strategy.

Once again, I will be controlling the FSA against Mike and his Prussian fleet.

In order to bypass and simply fly over the Prussian defenders, the Federated States have sent an entirely Aerial force, much to Mike's surprise. With their powerful rockets and immense bomb bays, the Americans have potent weaponry for any range, bolstered the mercenary airships of the Honourable Eclipse Company. In turn, the Prussian fleet is based around the Dreadnought, with a balanced force of Medium and Small squadrons. Had he been warned is opponent would be an Aerial force, Mike may have made some different decisions...

Turn One was aggressive for both sides, the Prussian fleet advancing just as fast the Americans and their allies. Potshots from both sides caused minor damage, with the Lee-class Scoutships taking the brunt of the Prussian firepower. In turn, the Cruiser and Gunship squadrons suffered hits.


Turn Two was far more exciting, with the early activations seeing the Prussian Gunship squadron destroyed by the Eclipse Company Airships, and the Cruiser squadron suffer the attentions of the Torpedo Bombers. In retaliation, the Prussians concentrated their fire on the Lee-class Scoutships and launched a boarding assault that finished off one and left the squadron in a sorry state.

The Eclipse Company Interceptors were shot down by Prussian Fighters, and the Dreadnought caused damage to the two large FSA Airships, but the Blucher was damaged by the Valley's rocket batteries and several Destroyers were also lost - overall, a fairly even turn. Looking forward to Turn Three however, the FSA seemed to be in a better position as their airships were all in optimum ranges for bombing and boarding.


ENDGAME
The end of Turn Three saw the Prussians scoring 415 Victory Points for destroying the Hades-class Interceptor squadron and rendering the Lee-class Scoutship squadron Derelict. The Federated States of America, having  destroyed two Stolz-class Destroyers and both of the Medium squadrons as well as Prizing the mighty Dreadnought, scored an impressive 1017.5 Victory Points.

Looking at the points, it seemed a rather one sided affair, but looking closer at the state of the American fleet revealed they were in a very precarious position - two of the Phoenician-class Scout Airships and the Valley-class Large Airship were all bereft of AP, and worth a total of 620 Victory Points had they been Prized by the still active Frigate squadron.

The FSA may have broken the Prussian counter-attack, but they were not in a fit state to continue their attack down the Davis Strait - they would need resupply and reinforcement.

CONCLUSIONS AND LEARNING POINTS
An Aerial fleet versus a Navy fleet makes for a very different game to the usual, and I know Mike was wrong-footed from the beginning of the game - he said he would have considered a very different fleet list had he known what he was facing - more Tesla weaponry and vessels suited to anti-aircraft roles, for sure.

The Eclipse Company Phoenician-class Scout Airships are a solid investment, and in many ways superior to the Lee-class Scoutships, for only a small increase in points.

Stolz-class Destroyers continued to impress, I have little idea why they are so maligned by so many Prussian players. The strength of their AA with Pack Hunter combined with their 3AP made for a fine force in this scenario.

The best way to take out a Dreadnought remains flooding it with Marines - I was incredibly lucky to get an early Shredded Defences result on the Blucher, otherwise the assault and capture of the vessel may have had to wait till Turn Four.

As usual with my games with Mike, it ends with a giant mess in the middle of the board. Too may tokens, TFTs and burning ships to keep track of!

THE NARRATIVE
...the 27th Bomb Group were stalled some miles distant of their target, their crews and bomb bays exhausted by the unexpected fleet engagement. The Prussian fleet was smashed and the wreckage left to block the channel, but the bombers were forced to retire to rearm and refuel - all Grunner had managed was to stall for time, perhaps at an unsustainable cost..."