Bring Out The Big Guns

THE MOSKVA-CLASS DREADNOUGHT ARRIVES FOR THE RUSSIAN COALITION 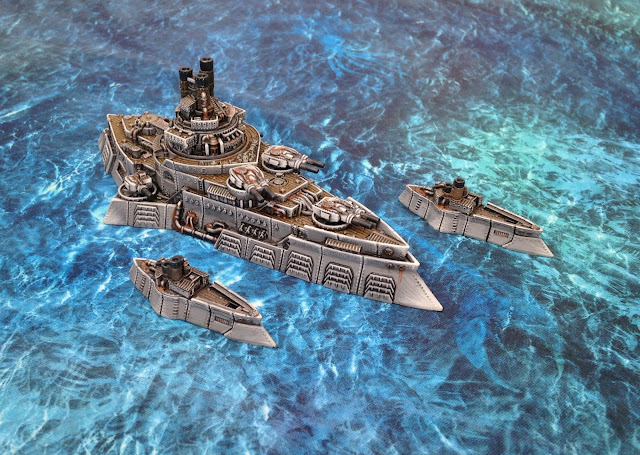 As mentioned in previous posts, this past month has not been a great one for painting. I have painted three models in the past three weeks, where normally I'd be bashing out five times that number - and this is not a situation I am particularly happy with! Hopefully Work and Real Life will calm down a bit soon, and I can get back to churning out more models and pictures for the blog.

In the mean time, the latest model off the production line might be something of a surprise - a big addition for the Russian Coalition in Dystopian Wars, the Moskva-class Dreadnought! The largest model currently available for the Russian Coalition, this model has sat in my case for a long time. I felt it was time to return to the White Navy after a brief foray into the Prussian Empire last week, and given the escalating nature of the Hunt for the Markgraf narrative campaign I've been playing this year, it seemed appropriate to bring out the centrepiece for a final showdown, to face the Markgraf on similar terms. We shall see how soon this beast appears on the tabletop! 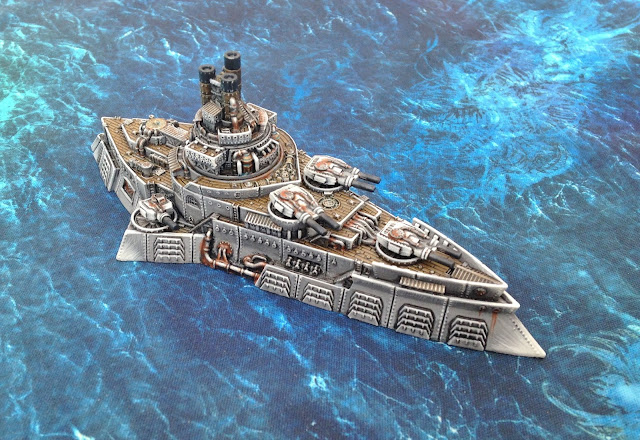 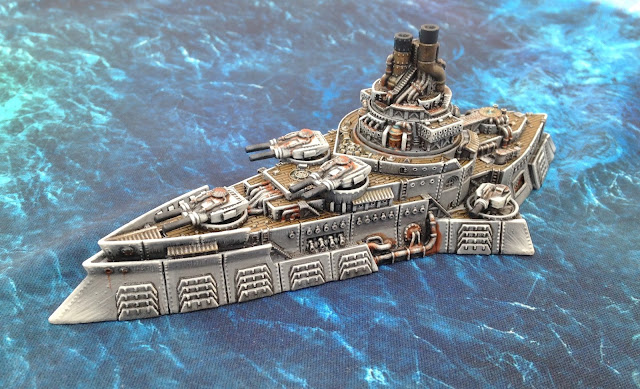 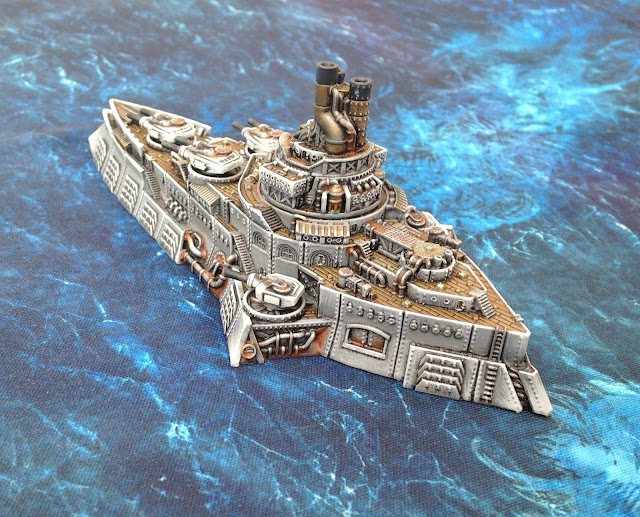 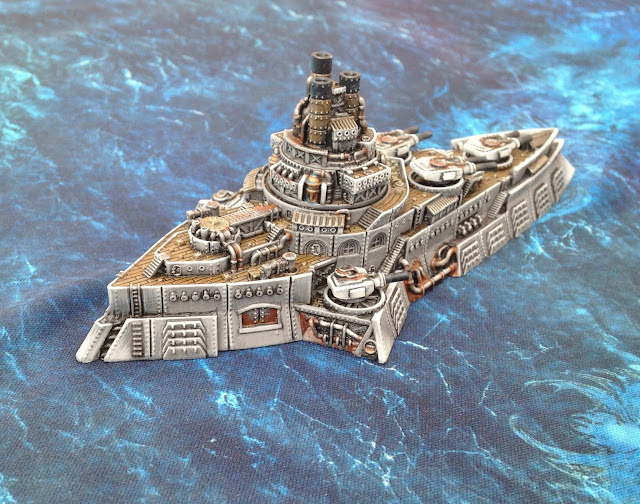 Gaming-wise, the Moskva is a monster, with hugely powerful turrets even at RB3, broadside with linkable Beam Turrets and ten Elite crew for boarding shenanigans. I think my favourite part of this Dreadnought is its survivability - with Ablative Armour and the potential to copy a Shield Generator with the Mimic Generator, this ship becomes all but invincible. Security Posts help defend against enemy boarding actions.

Painting-wise the Moskva-class Dreadnought is a nightmare of details and armour plating, taking three dedicated sittings (~7 hours total) after the initial blocking and washing to finish. The scheme for my Russian fleet is very stark and simple which makes things easier in some ways, but not all. However, having painted four other Large vessels for the fleet and a host of Medium and Small squadrons, I have the stages down and it was just a case of exercising the muscle memory.

This is the second time I have painted the Moskva-class Dreadnought model, after my initial "conversion" of the Markgraf for the Prussian Navy many months ago. It has been so long, in fact, I had forgotten many of the small details on the Dreadnought. 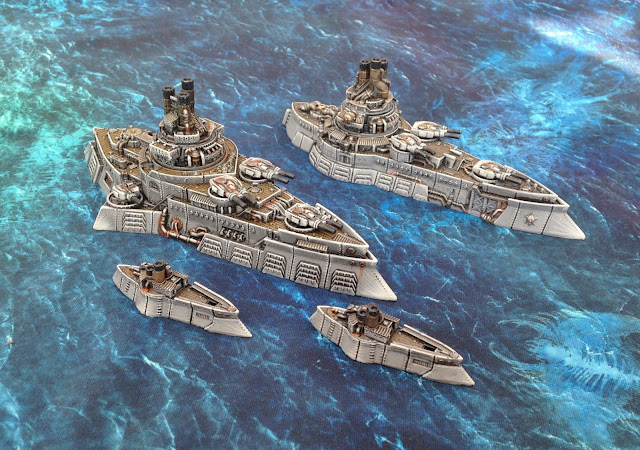 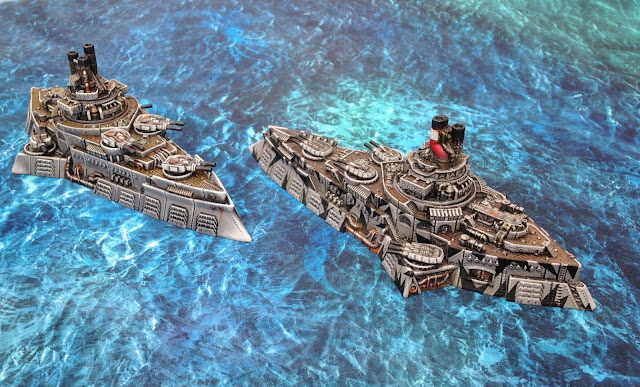 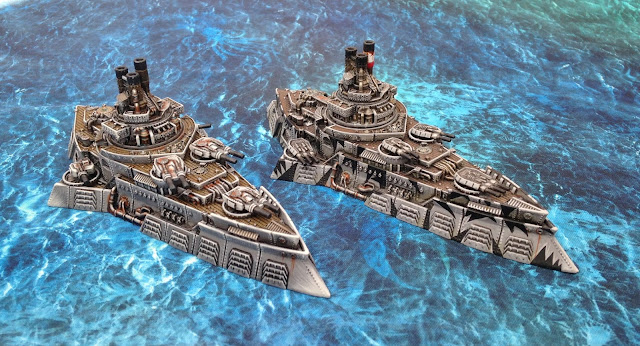 Inspired by the results, I have dug out and basecoated a lone Tiksi-class Support Cruiser, three Novgorod-class Frigates and three Veliky-class Escorts. When these are done, I will be able to field several of the new Specialised Squadrons - and face them against their Prussian equivalents in a future Battle Report! 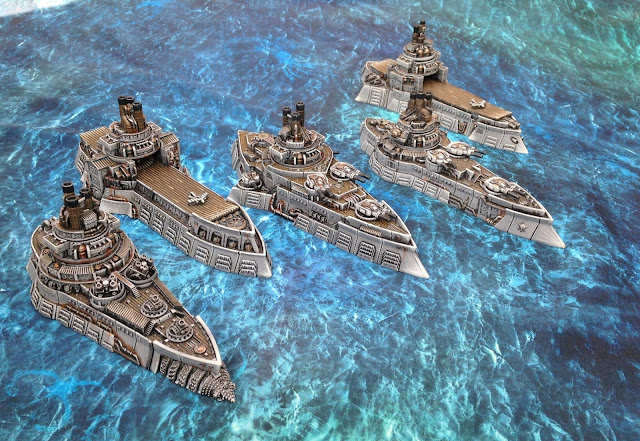 It is nice to have a good number of models on the painting table again, and hopefully I can rebuild some of the momentum to get things finished faster!