LOOKING CLOSELY AT THE RECENT ADDITIONS TO THE WHITE NAVY

The past few weeks have seen some feverish work on the Russian Coalition, adding nine new ships (with a total of over 745pts) to the fleet and bulking out some of the Small squadrons, as well as adding the option for several of the new Specialist Squadrons. These squadrons and new vessels were discussed in a previous post.

Here are some pictures of the latest vessels to join the armada... 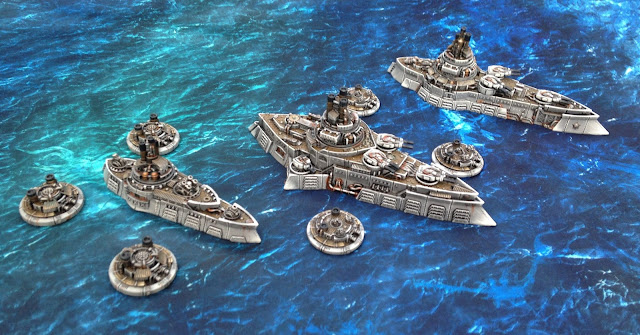 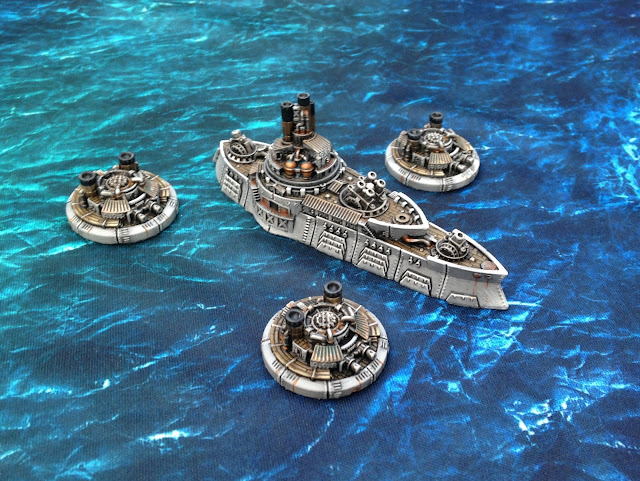 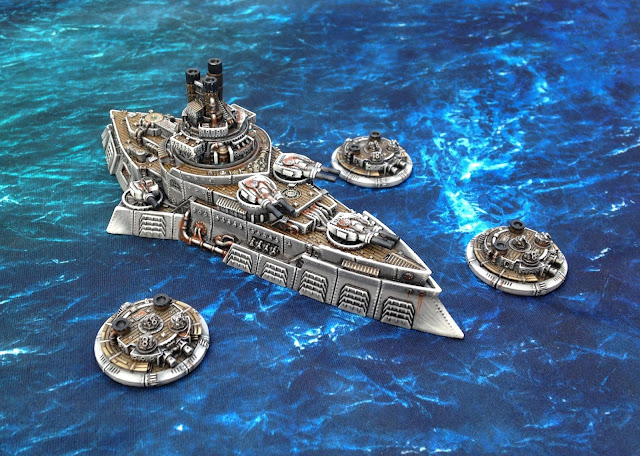 A second Borodino-class Battleship joins the fleet, bringing more firepower to an armada already full of Large and Massive vessels. 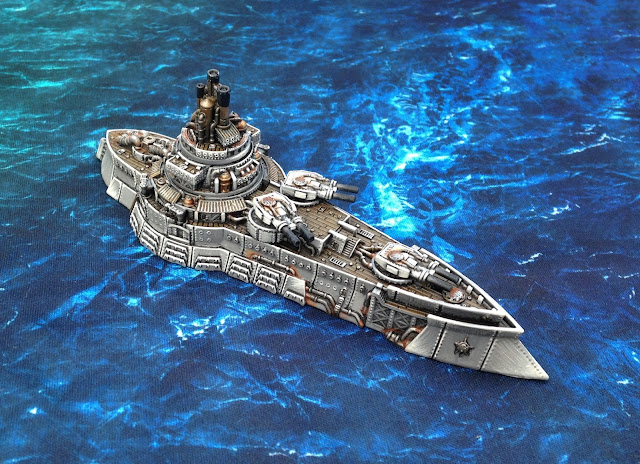 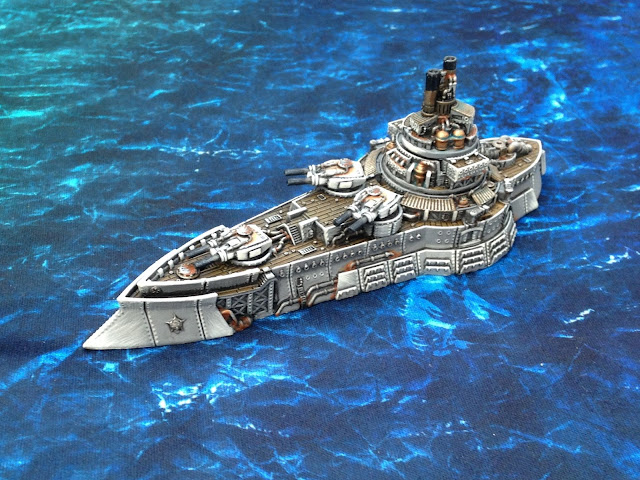 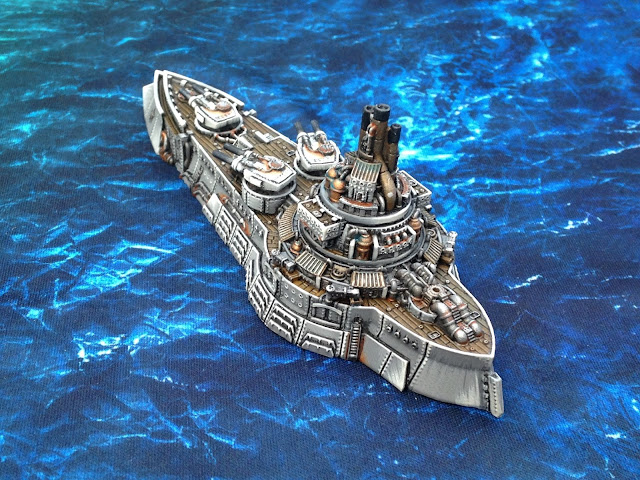 Now here's a brief look at some of the changes to the Russian Navy with the updated fleet list. Lots of changes for the fleet, the majority are points values which hurts a bit, but does not change the overall playstyle of the fleet. I just need to be a bit more careful when building my roster! Some more gaming experience is needed, but here are some kneejerk reactions.

Big thank you to Spartan Forum member Garthim for doing the hard work and rounding up the changes!

Just as I finish my Moskva, they increase the points! This is now one expensive piece of metal, and as with most Dreadnoughts, not something for everyday use. The price drop on the Generator keeps it reasonable in price, but were you upgrading or just running the Mimic Generator?

The mighty Khatanga escapes relatively unscathed, making its strengths even more obvious. I've never been a huge fan, but it has a fearsome reputation and I should try it out more often.

The Borordinosaurus suffers for it's efficiency, and now falls somewhat below the power/cost of the Khatanga. I still prefer Gunnery to Mortars, but will not be upgrading it with anything!

I have always loved fielding the Dudinka and this confirms to me that it was probably undercosted for the amount of firepower it could throw out. I'm still running one!

Hmmm, not sure this was necessary but it's in line with the other Large vessels.

Painful but perhaps deserved. I always used to upgrade their Crew, so perhaps I will not do this anymore and absorb the cost.

Pesets-class Submarine
-5 pts
Gained Ablative Armour (+1)
This makes the Pesets much more likable and a partner to the Chany rather than an awkward older brother. I will be running them more often now.

Ouch, this is a big hit and brings them down from *obvious choice* to a worthwhile consideration alongside the other Medium vessels. I never used them much beforehand, and now I doubt I will be running a full squadron very often.

Rudinksy-class Repair Vessel
Now an Attachment for RC Naval Mediums and Larges
+1 AP
Much better! Again, a ship I have little experience with, but now much more attractive.

My beloved Rostovs get even better! I know they're not the most popular choice, but perhaps I will be rewarded for my patience with them.

Nikel-class Heavy Frigate
+1 AA
Cool, I guess. I think the best thing to happen to the Nikel was the raise in points for the Novgorods - makes them look a lot better,

Veliky-class Escort
-5 pts
Great, brings them down a bit and more affordable. No complaints here.

This is painful, but something was coming as they were a little too good, I'm not convinced they needed to lose crew and gain points, and it makes other Small options a lot more attractive, but one squadron is still a sound investment.

So there we are! My old fleet lists will have to change a bit, but not as much as I had feared, In the future though, I want to try more bombardment-focused lists and run some of the new Specialist Squadrons. Watch out for them in a coming Battle Report! 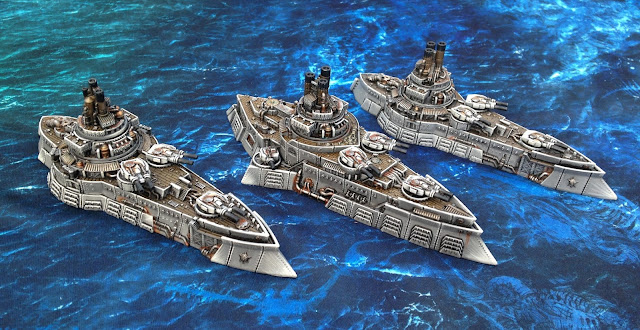 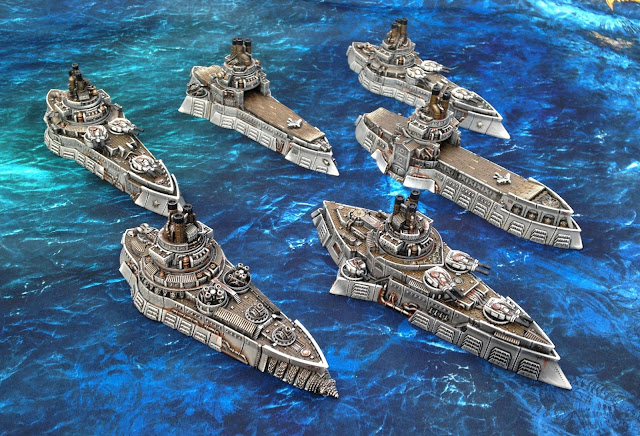