(Editor's note - another contribution from Coxer this week, as his rapidly expanding PHR force gets some valuable reinforcements! I love the camouflage on these guys, and look forward to playing him in Round Four of the Dropzone Escalation League this week. Onto Adam!)

So I've finished another group of models for my expanding PHR force. I'm loving the game, and in a little bit I'll put up my experiences of playing so far - but first some models!

First up are the Angelos. These little skimmers are an interesting option, moving pretty fast without a dropship and since they primarily target buildings (and therefore range is not much of a problem), I've always had them come on from the board edge. They are so-so at building demo - a pair in theory could do eight points of damage, but I always roll a one to hit or damage! I'm considering running four as that should guarantee three hitting a building 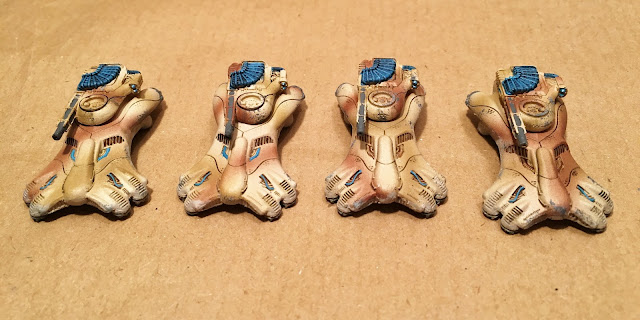 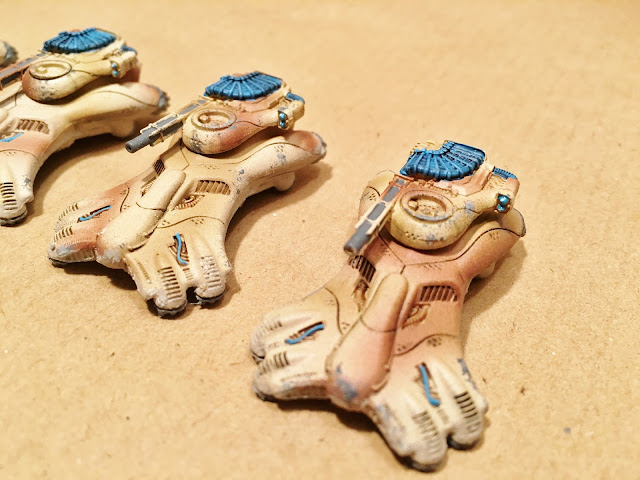 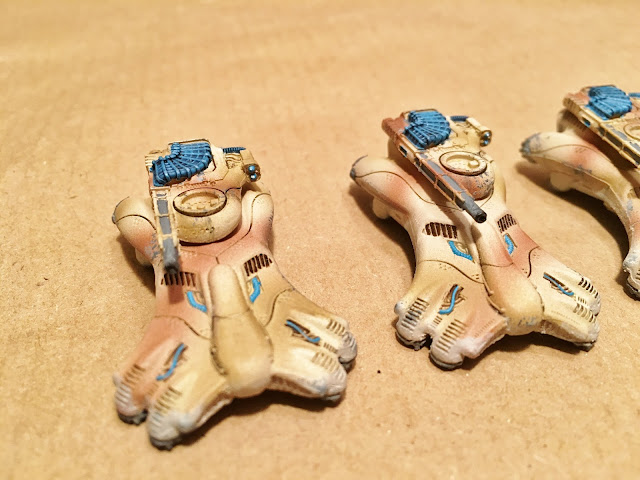 Since writing this I have purchased, painted and run four of them, I really like these guys working without dropships, and they can hurt the opponent up close if needed. Four of them ruin buildings! They also work well paired with the next unit...

Secondly the Valkyries! Now these ladies I really like - they are fast (like proper fast), able to move into buildings easily or escort Objectives off the table. They may lack armour but the dodge and CQB of two really helps. I have yet to run Sirens, but they must be really good to be a better choice than these girls. 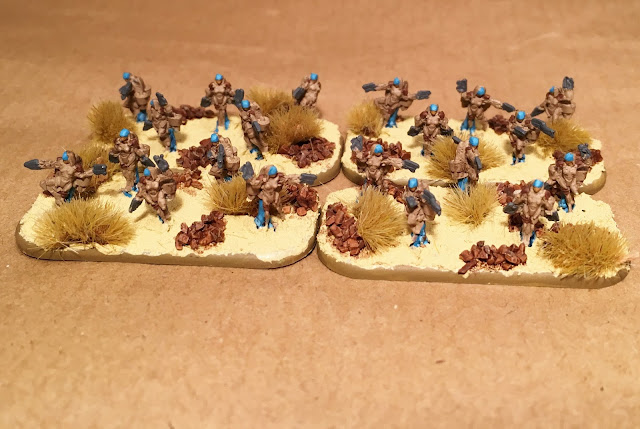 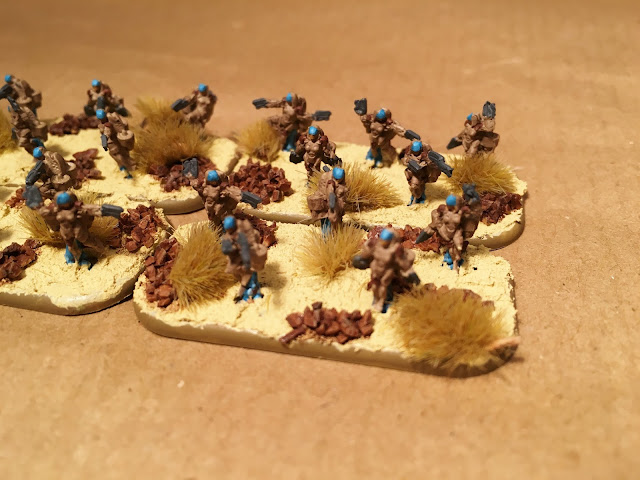 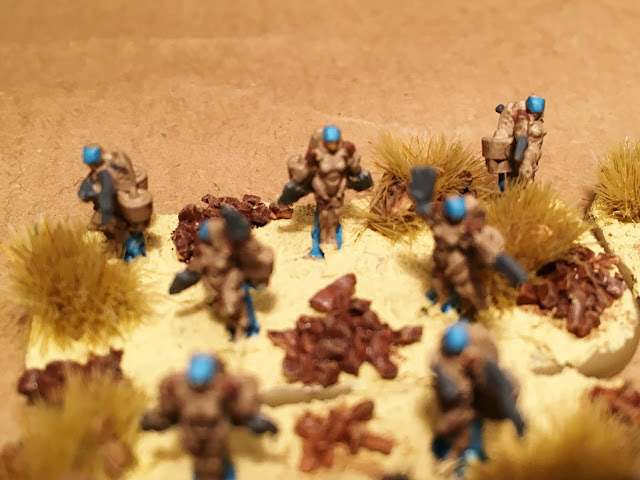 Lastly the Mercury Drones and their Triton A2. I really needed this unit as my ability to search is abysmal - so these chaps adding +1 is a godsend. I also like the big damn missiles attached to the Tritons - I painted these later (no Mercury in stock locally) so they are a little different in my eyes, but with E11 and IF even L2 doesn't sound too bad, and giving the Tritons the stealth missile upgrade makes them nice little attack planes.

Anyway that's it for now more soon!
Posted by Coxer at 18:27