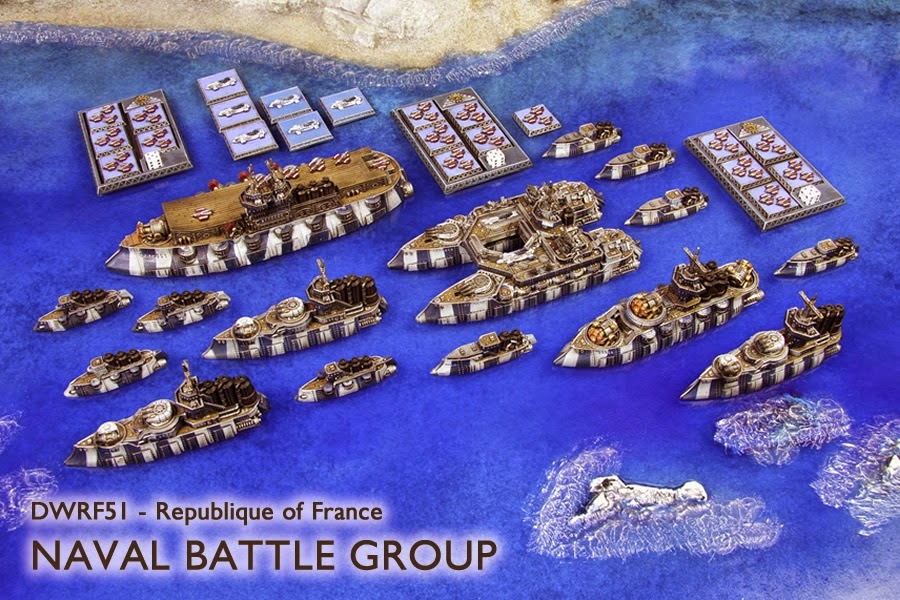 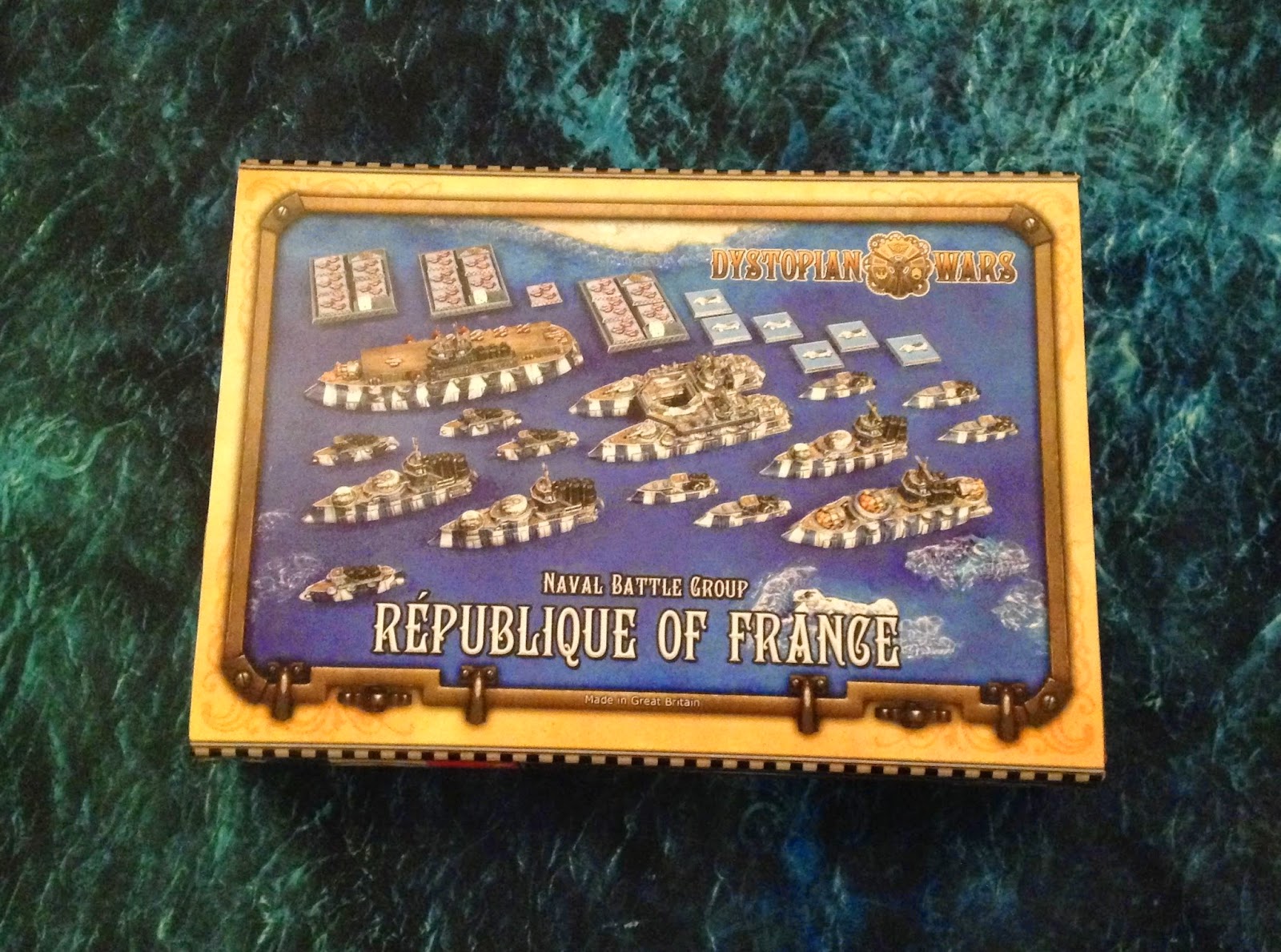 I already had a rather large French fleet sitting unpainted on my desk, but the look of the new Sant Malo Heavy Battleship was just too good to miss, and the new Dieppe-class Cruisers looked nice too... so my collection is even bigger now, probably adding up to around 3,500pts. For this challenge, however, I decided I would concentrate on the actual contents of the Battle Group, and only add other models once they were finished. This would give me some focus, and also ensure I filled out the requirements of the competition without getting distracted and start painting three Couronne-class Assault Carriers or something stupid. 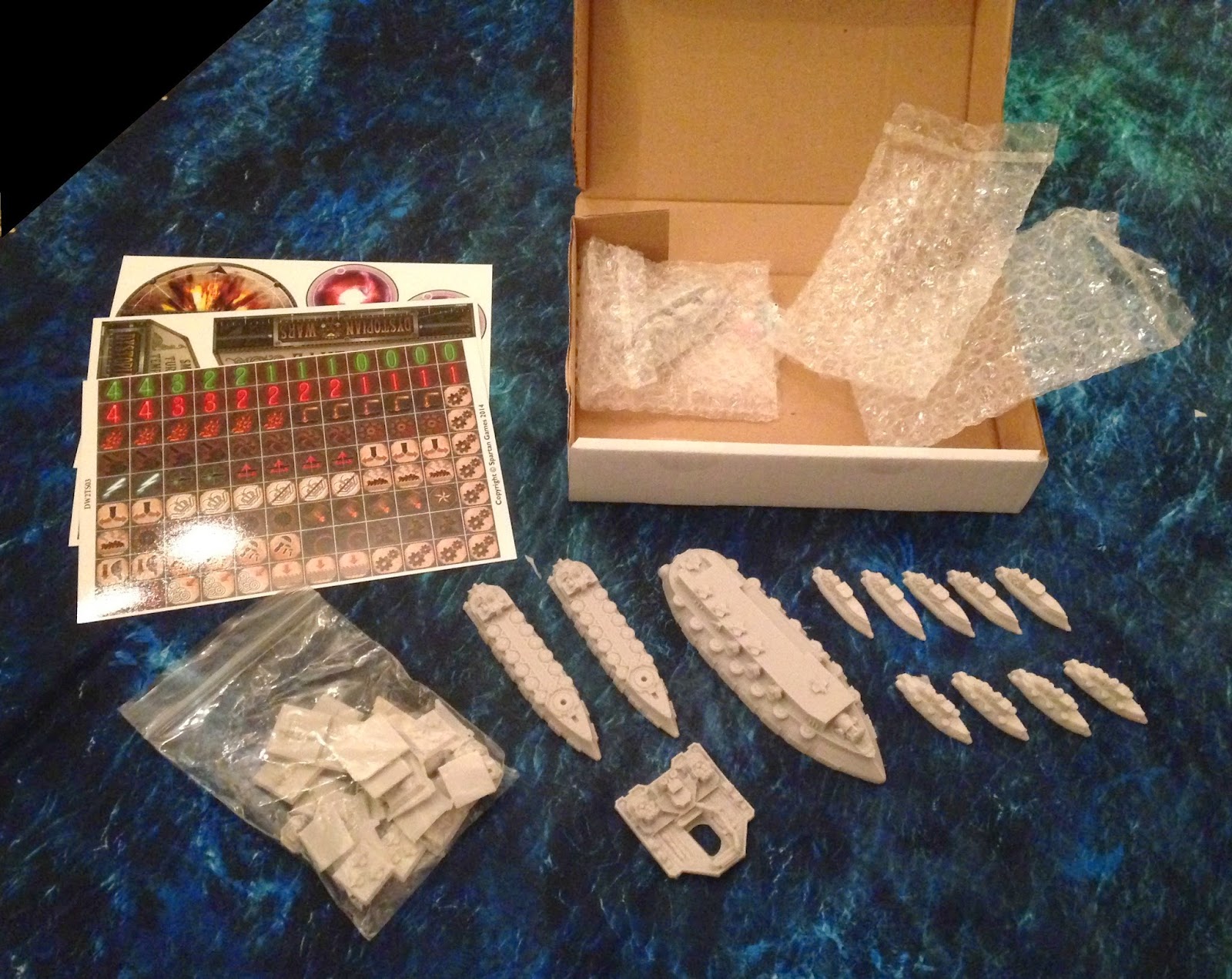 The contents of the Battle Group are as follows...

Not a difficult prospect - only the Large vessels daunt me at this point, as I have already painted one test model - the Ecuyer-class Support Cruiser, which you can see here. 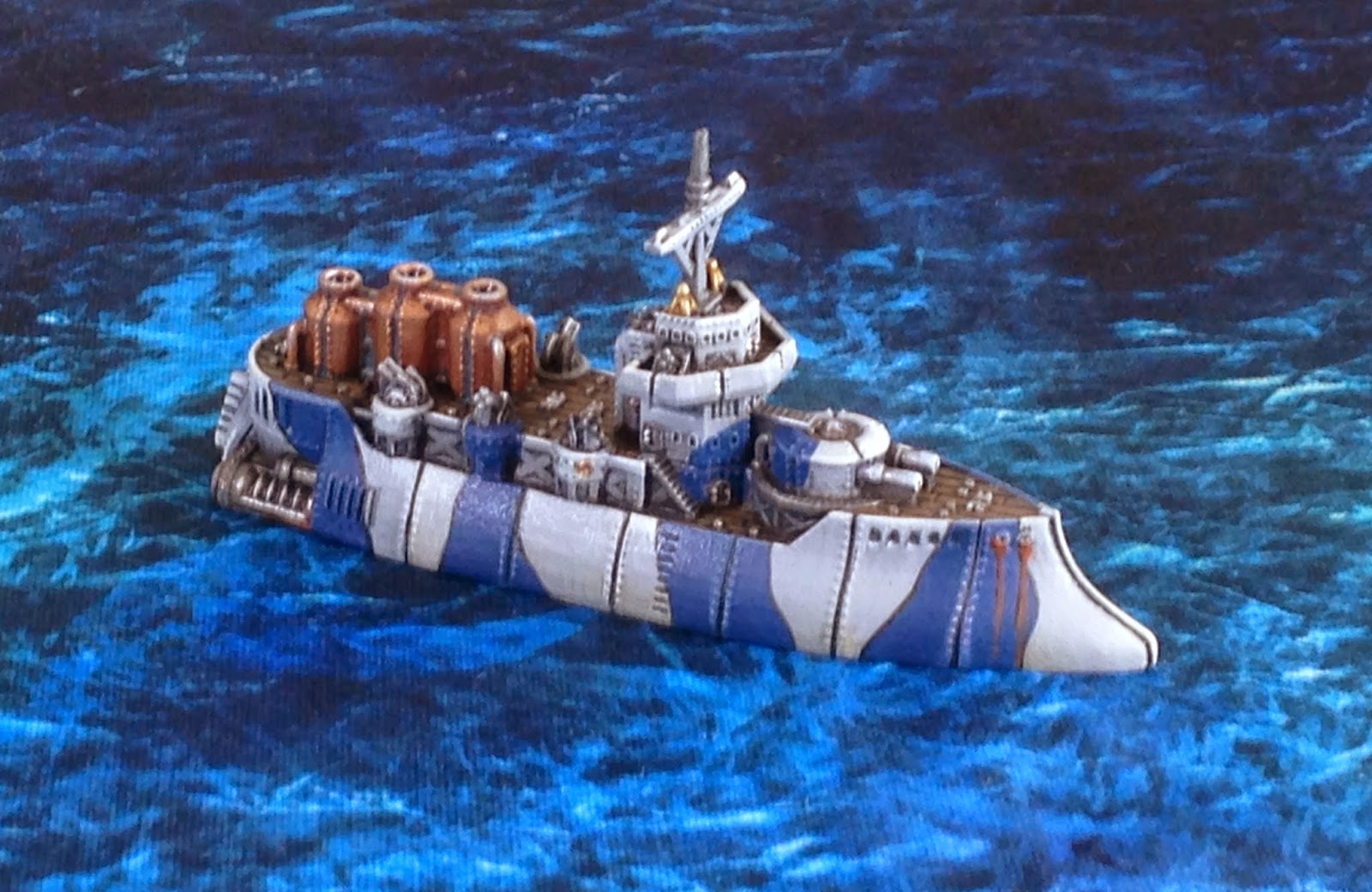 I am happy with the test model, but feel it needs something more to make it *pop* and match some of my more impressive colour schemes for other fleets. I'm not sure at this point whether to add some kind of heraldry to the side of the vessel, or something simple like designations. I will be looking into some of the small decals my Flames of War-playing friends may have spare for this. 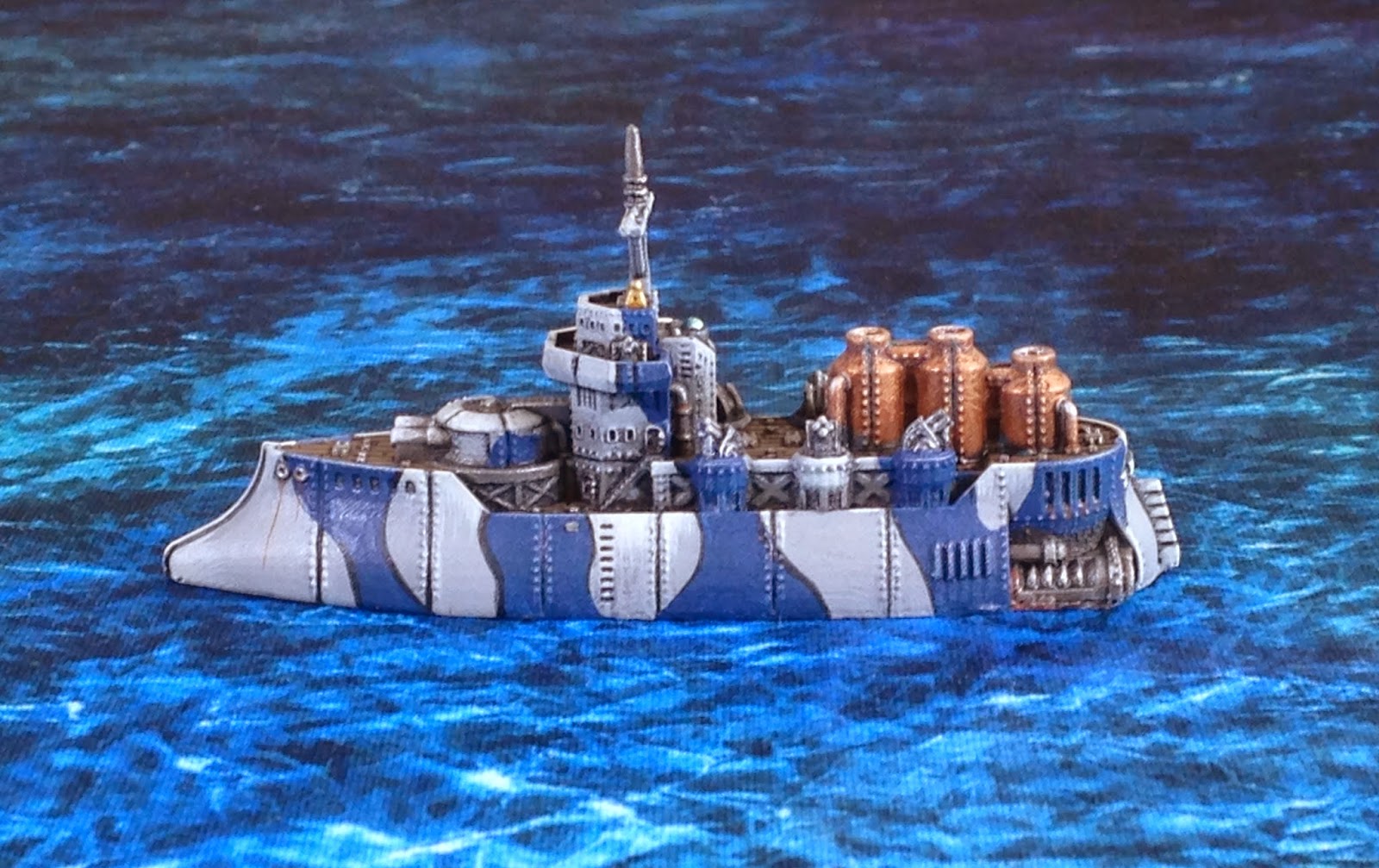 The model may also look flat as the Ecuyer-class Support Cruiser does not have any of the more interesting opportunities for spot colour, such as rocket batteries or heat lances. More test models may be needed! I am happy with the shade of blue, however, and the grey is close to what I had wanted - I did not want to veer too far into white.

Hopefully the fleet as a whole will look good in the scheme, though I do fear that when they are pictured together they may look even blander, which would be a problem. I think I have been spoilt with my interesting Prussian camouflage and need to just paint some French ships. The colour scheme will, as with every other fleet, evolve until I am happy with it.

Overall I am looking forward to finally breaking into my Republique of France collection and expanding my rather large Imperial Bond force, as well as adding another Core Nation to the painted fleets. The competition is a good idea and I have no clue how many entrants there will be or their general skill level, but overall the prize is not why I am entering - I am entering because it is a great excuse to paint up a new fleet!

I'm looking forward to starting some more ships soon and keeping track of their progress on this blog... I just hope my plans for the coming Infinity tournament do not get in the way too much!