TALES FROM THE FRONT 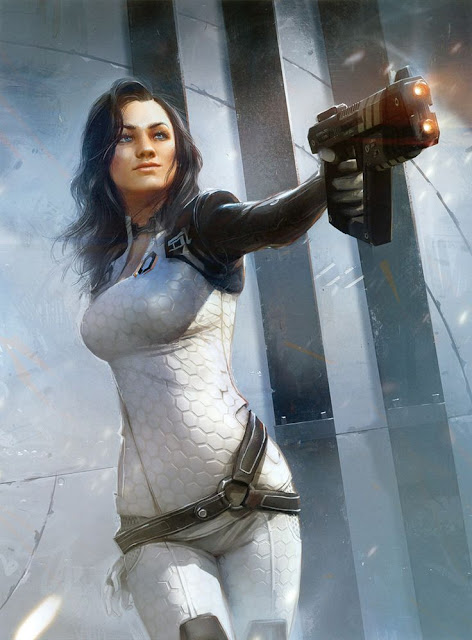 So I finally got to my first Invasion!

George was rubbish due to his work so I ended up going stag. Having not had much chance to play recently I decided to use the same list from Reading Warfare - it was pretty effective, and anything new would require practice...


GAME ONE
First game was again Hawk Liam in Bunker Assault, he was running a pretty air-heavy UCM list, Phoenix, two Falcon B, four Falcon A, Retaliator, Archangel, Ferrum, Eagle - so I had pretty much one plan - get into the bunkers with my superior infantry and focus on his ground assets.

To my amazement the plan actually worked! I pushed up pretty far and by Turn Two had infantry in three bunkers and was ripping into his infantry, assisted by a lucky Counter-measures Hack to take out his Drones with the Helios! Conversely he was focusing on my anti air - and rather effectively removed it all, allowing him to then target the infantry assets. Thankfully the superb Erebos screwed with his shooting. The game ended with my infantry in four bunkers (but I could only win three of them as his Commander was outside costing more points), and contesting the other one. Liam held two, but only contested one., but to be fair he had a far higher kill points than me, so it ended 13-7 to me.

GAME TWO
My next game was against Kris in Ground Control. Kris was running Resistance, and whilst I was happy there were no Zhukovs, six thunder wagons were not a pleasant sight! From the start my plan was to push up into the middle and keep the Sirens/Valkyries alive for final turn shenanigans. Once again the plan worked! The first tactical mistake was him driving out his Gun Wagons Turn One, without Counter Measures my entire could shoot, leaving only two working after Turn One. I dropped my Erebos right in front of his four Mehmeds, forcing him to drive back whilst he killed them (sacrifice is a tactic right?), but in return my AA did what it never does against George and killed their Lifthawks, leaving them stranded far back (including rolling two 6's from a Phobos to kill one in one round of shooting!).

Kris did have some really bad luck, with five of his Thunder Wagons rolling 1's to hit... in the end I had more points in three Table Quarters (which he contested), and he dominated one Quarter (which I contested). With my superior Kill Points, I again achieved 13-7.

GAME THREE
This had me up on the lofty heights of Table Six, where I played Mark in Command and Control. I knew pretty quickly that there was one big weakness in his list which was an Albatross with six Katana and thre Rapiers - if the Erebos could go park themselves next to that lot I could really dominate the game! Meanwhile I could use the Angelos/Apollo combo to deny him a building - once again the plan worked (seriously I'm loving having a plan!). He moved a lot of his infantry towards one Objective building and after Turn Two it was left on two DP! The really lucky bit was a Phobos taking out a Condor with Legionnaires and Flak Teams in it, this really left him short on infantry, so that even though his two Praetorian teams eventually beat my Sirens/Valkyries, the Immortals and other units were quite happy on their own. I played very aggressively as we both took points from the Critical Locations - but eventually the Odin and Apollo units crushed his Erebos 'enhanced' Katanas and grabbed his Focal Point.

Turn Six saw the Helios take out the Praetorians' transport and leave them with the Objective but stranded. He finished the game with only one base of Praetorians, his commander and the Albatross, so a big 16-4 win!

So that was the end of Day One, undefeated! And on forty-two points - only eight shy of my aim of fifty... I retired to the hotel to see what misery Sunday would bring.


GAME FOUR
So Day Two, Table Two, Mike Burch (who's he???) and Military Complex - we played this same mission at Reading Warfare where he managed to find four Objectives on Turn Two... this was probably my favourite game of the weekend - Turns One and Two I thought I had it, especially when the Angelos did sixteen points of damage to his Home Objective Turn One! This left it with only nine left, and despite going first Turn Two, I only took eight further points off it. One more and that would have been all but one of his infantry squads gone!!!

Once again I couldn't find Objectives, with my Sirens only finding one on Turn Six. Mike managed to get two out (another lucky 6 damn you!), and whilst I'd tried to play to the mission I had not really managed to kill much. Mike's Falcons inflicted heavy losses. In the end it finished 14-6, but could have easily been a draw or even potentially a win to me if my second round of Angelos shooting had been just one better!

After this I got a nice chat with Hawk Dave himself! Mainly about the tennis, but also that there's more to come for Dropzone this year!


GAME FIVE
So final game I was on Table Five, playing Andy's Shaltari in Take and Extract. I wasn't overly enamoured with the mission choice, I thought it was pretty likely we would both get the Objectives on our side of the table off, meaning it would be likely to be a one point win around the Focal Point, with the rest on Kill Points. Despite trying to remove one of his Objective buildings, both of us got our Objectives off table.

The Erebos were forced to disembark early to avoid some Kukri, but continued to cause havoc, and accounted for a couple of grav-tanks in the end. As we both moved to the middle, my firepower and armour won through, removing the Dreamsnare, Jaguar, Caiman and most of his tanks (a couple survived to contest). My infantry populated the buildings around the Focal Point ensuring I had all the points I needed to hold it. With more Kill Points I finished on 12-8.

So I finished 6th with four wins and 60 points - pretty happy! I think I would have gone for a slightly different mix of missions, particularly the last one I felt wasn't a great choice - perhaps Crucible or Secure the Flanks would have been better. The other choices were good though I thought. The organisation was great, food as expected, and great little bits on display from the design team - bit surprised they didn't have all their models on sale (though it was slightly amusing watching them hunt for a Gaia and not find it).

The players I met were all very friendly and everyone looked to be having fun. I still find it odd after years of attending Flames of War tournaments where everyone has a painted army, or Warhammer 40,000 with its three colour minimum how many unpainted armies there are, and I hope this changes with time (though Best Painted was amazing).

Just some comments on looking at various armies. Firstly there were not as many Scourge as expected - but most did have an Overseer - perhaps it still needs a small nerf, or perhaps more bravely the other command choices need some improvement.

Fast Movers were popular - all three UCM opponents had Archangels, and I saw Hellhogs at the top tables too. Whilst I know some feel their randomness is what makes them too unpredictable, but I think that they are something I really need to try out more.

Resistance seems to be pretty powerful (George is a power gamer after all), and on the top five tables final round I saw three Resistance armies (I think two Feral and one Allied) but as mentioned UCM won, there were Shaltari in Third, on Table Four was a Scourge player, and also myself and two other PHR players, so a good representation of the different factions. I think it shows there is no singular overpowered faction, but player skill (and favourable dice) are what matter.

So all in all a great weekend. I'm cracking on with my Shaltari at the moment and will do some posts on them at some point soon, whilst me and George plot our next tournament trip!