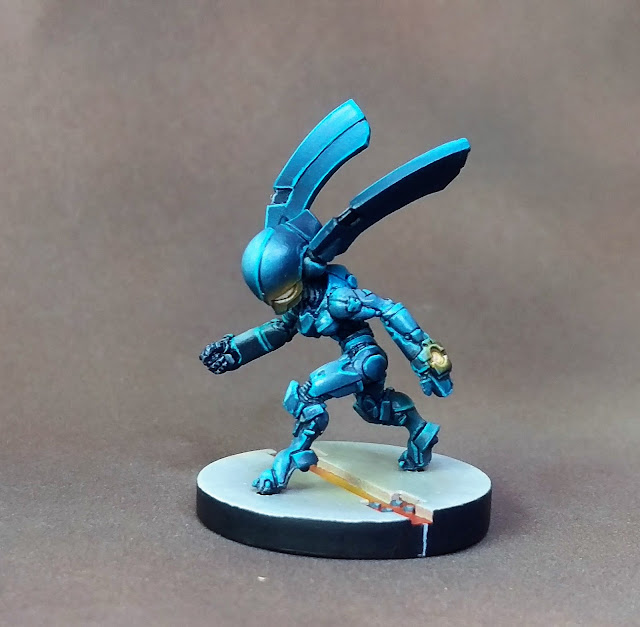 I've decided to pull on my big boy pants and try entering the scary realm of the I.T.S. world. Technically this won't be my first Infinity tournament, my first was back in N2 days just after George and I worked through the Escalation League scenarios. I also attended a 200 point "beginners" tournament, to which I took the Red Veil Haqqislam models, which I'd not even played a single game with.

This tournament is SCTSVIII, will be my first "proper" infinity tournament and I'm feeling ill-prepared for it.  I've certainly upped the amount I've been playing, but my continued propensity to make dumbass mistakes makes my nervous about doing well.

One thing I've had hammered home to me recently, is that trying to do well with only ten Orders is an uphill struggle. I recently played a game of Highly Classified with fifteens Orders and wow it was so much easier to achieve those Classifieds.  I still lost, but I was playing the mighty Dan Barber and he did give me a few pointers here and there, mostly to keep me focused on the mission and not just on killing.

My biggest hang up with Steel Phalanx is that I can't stand the Thorakitai models, but I have to get over that, they are just too useful in terms of statline.  A four man Thorakitai Link Team is awesome... that Feuerbach is so good. To that end, I've stripped (again) and painted (again) my three Thorakitai, I intend to proxy the light rocket launcher as a Feuerbach and keep my fingers crossed that one day Corvus Belli will see fit to re-sculpt the Thorakitai and flesh out the various loadout options. 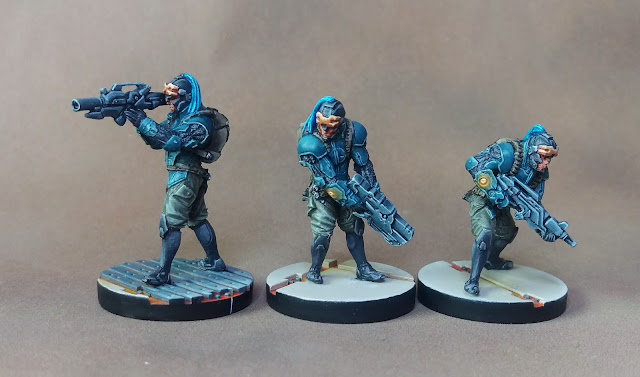 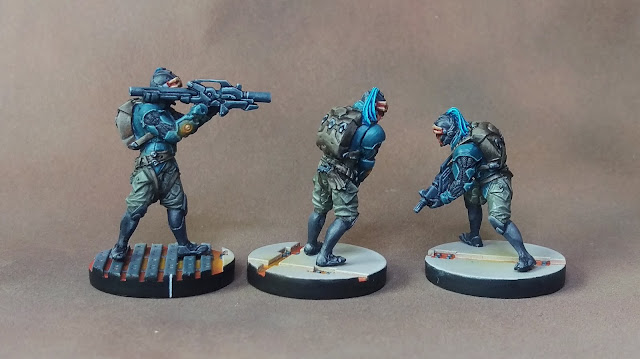 In addition, to the Thorakitai I recently finished off the Proxy with Mk12, which I intend to use as an Agema with Mk12, which begs the question "When is a proxy not a proxy? When it's a proxy".  Love this model, it definitely has some scale-creep going on, but the details were so much easier to paint for it. 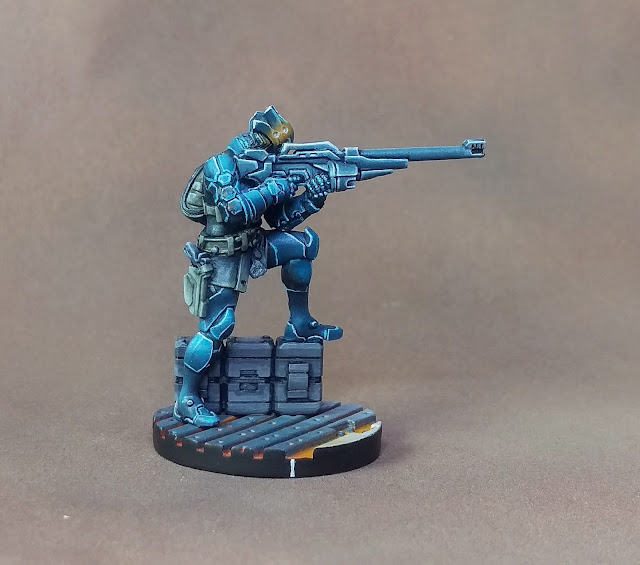 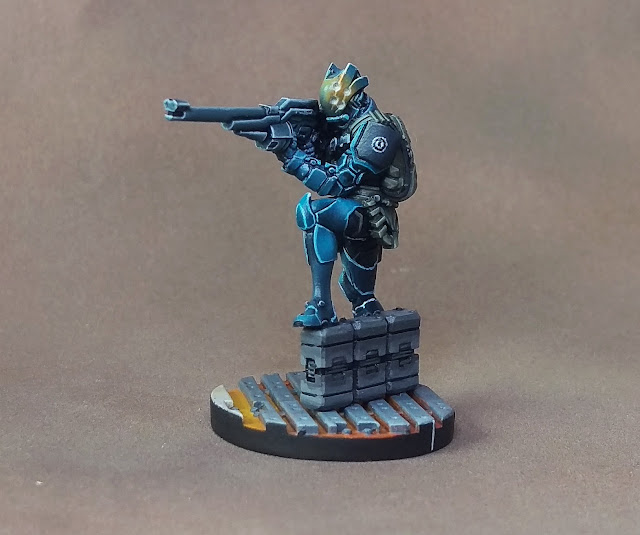 Keeping with the Multi-Spectral Visor L2, theme, I decided to try out some Teucer action.  His No Wound Incapacitation can potentially keep him around a bit longer, but with the proliferation of Shock/Viral ammo knocking around I don't know that that will be the case.  Anyway, awesome model. 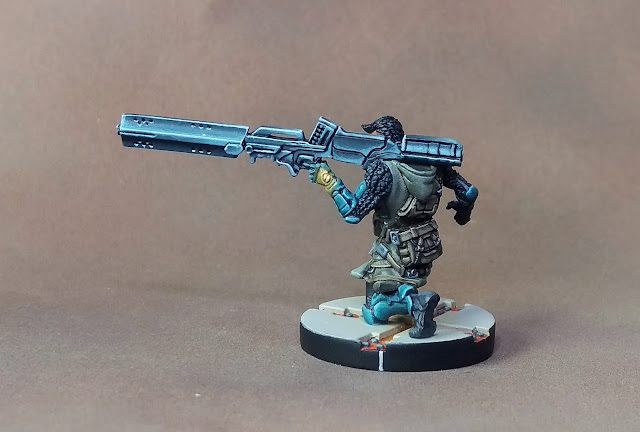 And finally, a Yudbot, so my doctor can be in two places at once.

I have time for one more practice game tonight, we're playing Capture and Protect, a scenario I find particularly tricky.  Again I need to focus on the mission (which means using Smoke) and not always going for the kill, then hopefully I'll have done enough practice to help with the tournament this Saturday.