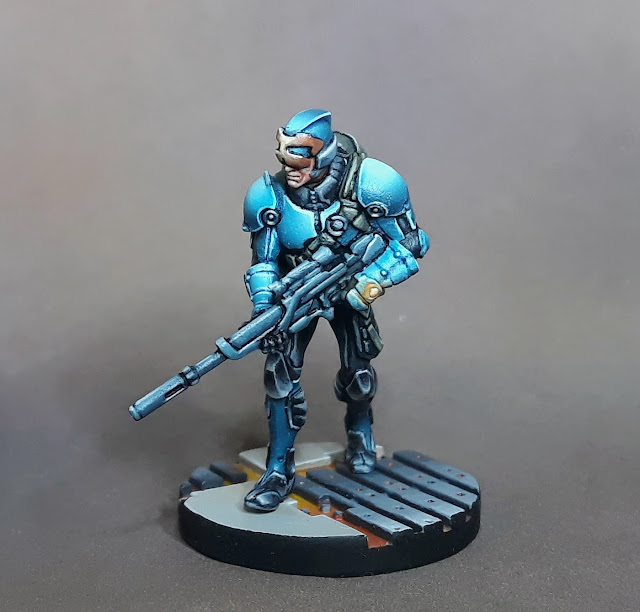 When Mayacast's Tom and Kip announced the 2017 Q4 for the Masterglass painting competition I took it as an opportunity to paint a model that's been sat around in my backlog for far too long. I'm not out to win these competitions, there's too many amazing painters that enter, but I do like to use them as an opportunity to get stuff done that I wouldn't normally choose.  So I got Go-Go Marlene painted up, photos taken and sent in. Some of the entries were stunning, especially the dioramas. I wasn't overly happy with my entry, I do seriously thin my paints, but somehow the paint job looks a bit thick.  Anyway, as part of the competition the guys do a random draw and miracle of miracles, yours truly was the winner of the random draw.  So, I asked for a blister that I need to help complete my Steel Phalanx force, but was reluctant to buy as I'm not keen on the model. 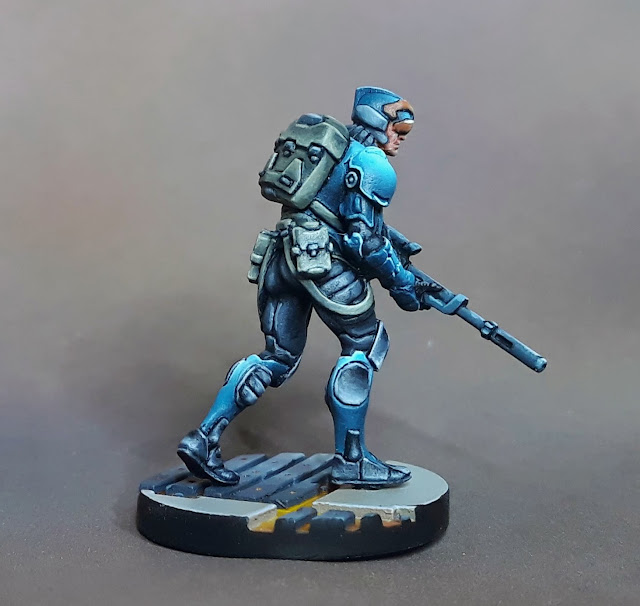 Inspired by finishing my recent Thorakitai team, I cracked straight into this guy... the Agêma Marksman with MULTI-Sniper Rifle. 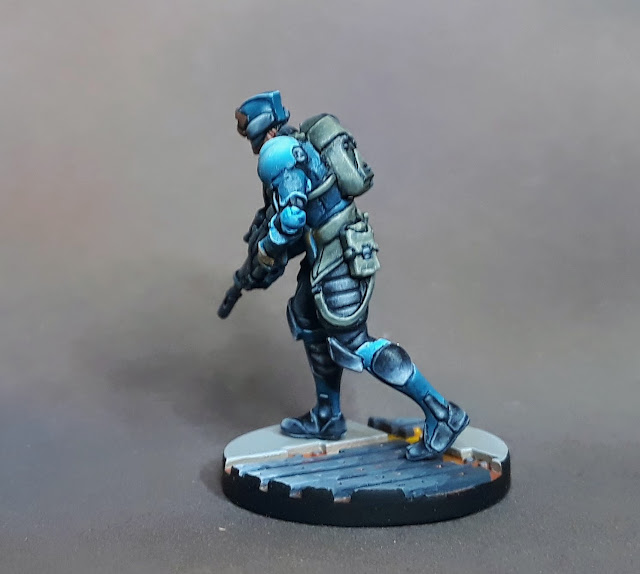 I quite enjoyed painting him and incorporated some slight improvements I thought about after the Thorakitai.  Unfortunately, I think I really need to bin my varnish and buy some new bottles.  The varnish seems to have added a slight cloudy appearance and even a bit of crackle effect, which was not there before I applied the varnish. 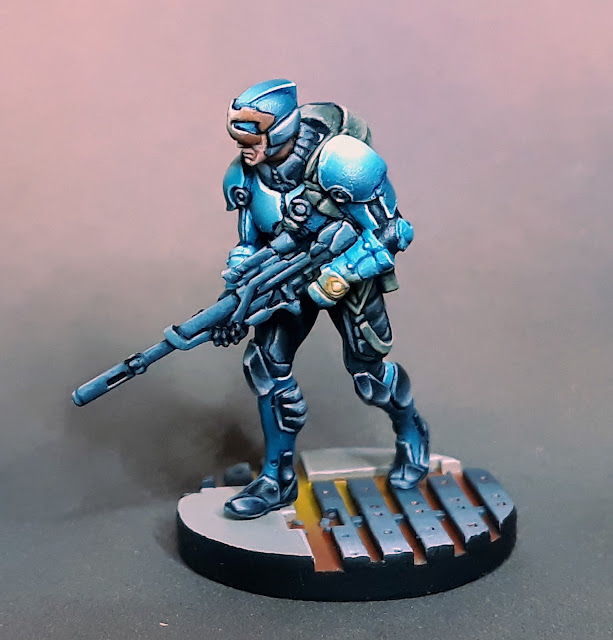 I really need to try out this dude in game, I really like the idea of running Atalanta, but at 39 points she's expensive and tends to die in my experience.  This guy is 9 points cheaper, but 4 less BS (1 BS + 3 BS for SpotBot).  He's still a bit pricey to simply leave out as an ARO piece, so that makes him an Active Turn hunter... but then again nearly everything in Steel Phalanx is an Active Turn piece.  I do tend to eschew long-range weaponry and that is often a mistake... so I'll give him a go, see what happens.

Thanks to Tom and Kip for their generous prize!