A sucker for all things Australian, I invested in the excellent Australian Naval Battle Group as soon as it was released. 1000pts of ships in one box, with multiple turrets and generator configurations, this was a great way for me to pick up some Mercenary allies for my Prussian fleet in the form of the Commonwealth of Free Australia and finally start a Grand Coalition Fleet with the Royal Australians, a Dominion of the Kingdom of Britannia.


It took a long time to find a scheme I was happy with for the Australians - I needed something neutral, that would work for both the mercenary Commonweath and the Grand Coalition allies. I knew that in the future I would paint a Britannian fleet with a Dazzle Camouflage scheme, but this might be too strong to extend to the Australians. I was also concerned the curved hulls of the Australian Navy would make camouflage difficult.
I needed the fleet for a small one day tournament run in the summer of 2013, but not wanting to field bare resin I basecoated the entire fleet with a dark green spray. They remained green for the rest of the year, but in December 2013 I decided enough was enough, and having finished the Kingdom of Denmark, made the Australians my next project.
The green did not survive as the final colour, but was used in the initial layers - discovering the marvellous Grey Green from Vallejo Model Colour, I set to work painting my first test model - a Protector-class Escort Frigate, with the intention of a blended green to grey hull. The experiment ended up more grey than green, but some of the original base colour still shows through.
Compared to the (frankly rushed) Danish fleet, this scheme took its time, but I think the results were worth it - though not the most visually striking of my fleets, I still believe the Australians to be one of my technically best painted. The highlights are nice and subtle, all the mistakes have been corrected, and none of the weathering is particularly heavy handed. The fleet allowed me to use lots of different techniques, from the ocean on the bases of the Crocodile Assault Submarines to the layered highlights of the hulls, the washed out gold of the Energy Turrets and the verdigris-encrusted, soot-stained smoke stacks.
Each ships has a spot colour to break up the dull grey hulls and pallid brown decking - the gold of Generators and Energy Turrets, the brass of the Battle Cannons and pale green of the Crocodiles. All of the metals start from a base of Citadel Vermin Brown, giving a hint of further colour without going as far as the rusted Danish fleet or the bold orange of the Oil Rig terrain pieces.
The grey is painted with successive layers of Grey Green over a Brown Violet basecoat, up to pure Grey Green and then highlighted with Medium Sea Grey added in small increments. The last, highest highlights of pure Medium Sea Grey are dry-brushed to ensure the Grey Green stays as the main colour.
The Mercenary Carriers add some additional Tiny Flyer Tokens to the fleet, needed as they have no Carrier of their own. I painted these in different colours to the rest of the fleet as they were "Mercenaries," with one of them done in the same scheme as Ben's FSA fleet and the second in a bold red and white scheme.
The Tiny Flyer Tokens were painted in the same manner as the Crocodile-class Assault Submarines; Green Grey (NOT Grey Green) highlighted with Sky Grey. The squadron leaders were painted red to add a new, contrasting colour to the fleet and really make them stand out. Their squadron markings make the four squadrons unique.
I magnetised the different turrets available on the Pocket Battleships and the Submarine Tenders, ensuring I got my money's worth out of the box! It really is worth doing this for any fleet with options as you never know what would would like to try out in the future. The Australians go one step further and let you change allegiance!
The fleet was a real joy to paint, and though the scheme is fairly dull compared to the camouflage of the Prussians or the bold colours of the Chinese, I am glad to have chosen a neutral grey as it gave the opportunity for a subtler painting style. Hopefully you agree!

In the game, the Australians are considered immensely powerful, with Devastating Ordnance all over the place and great boarding potential. In a future article, I will discuss playing with the Royalist and Free Australians in more detail. 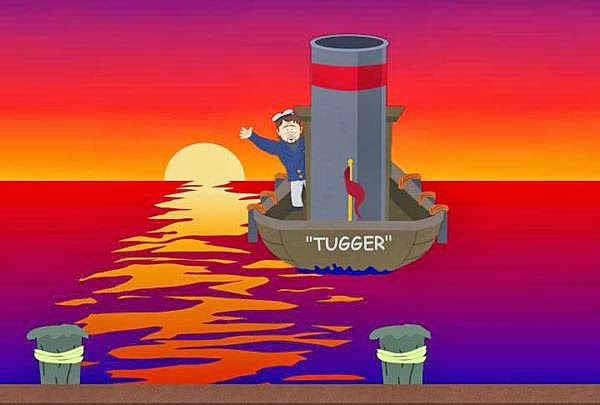