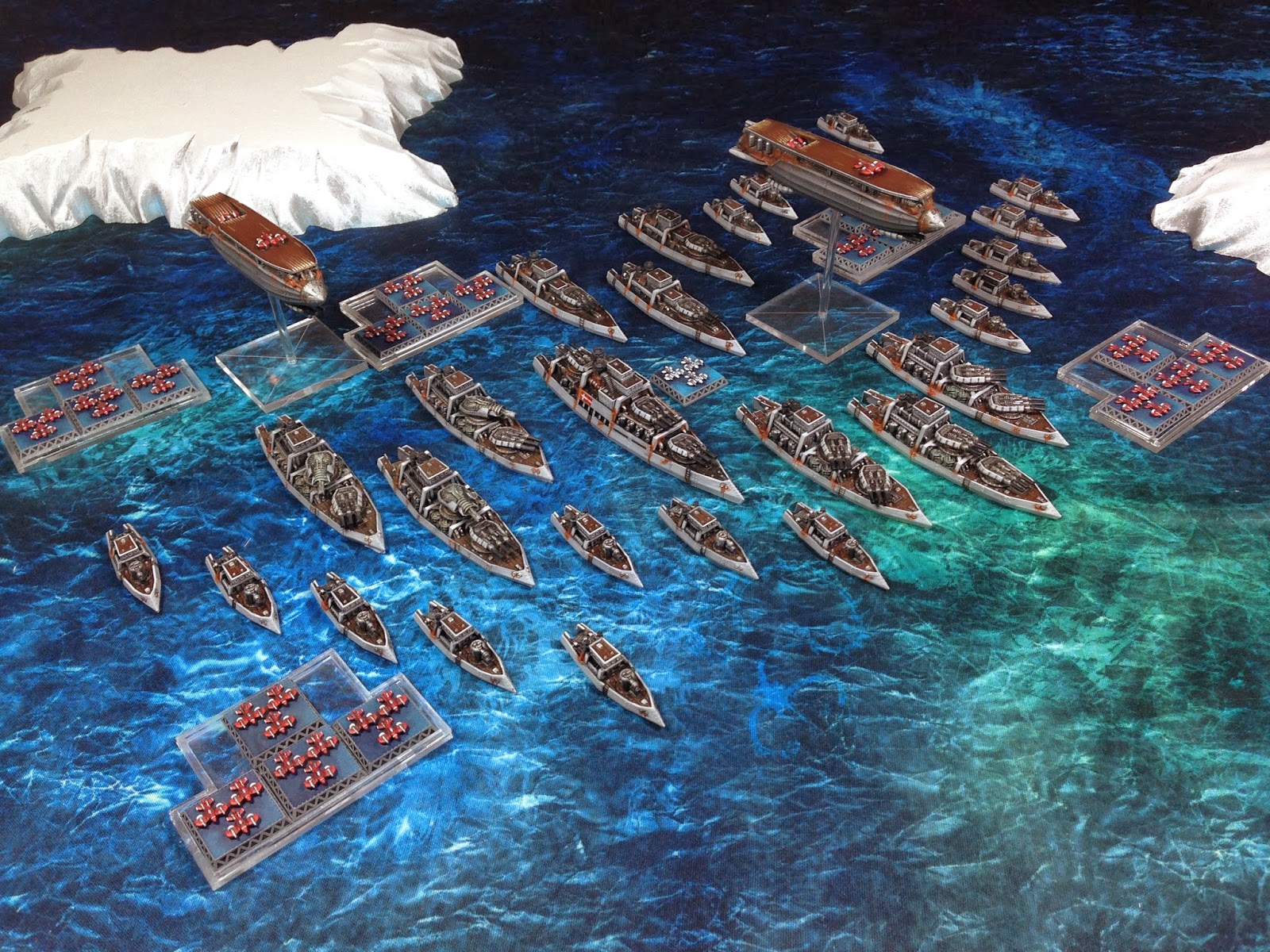 January 2014 was the Australian fleet 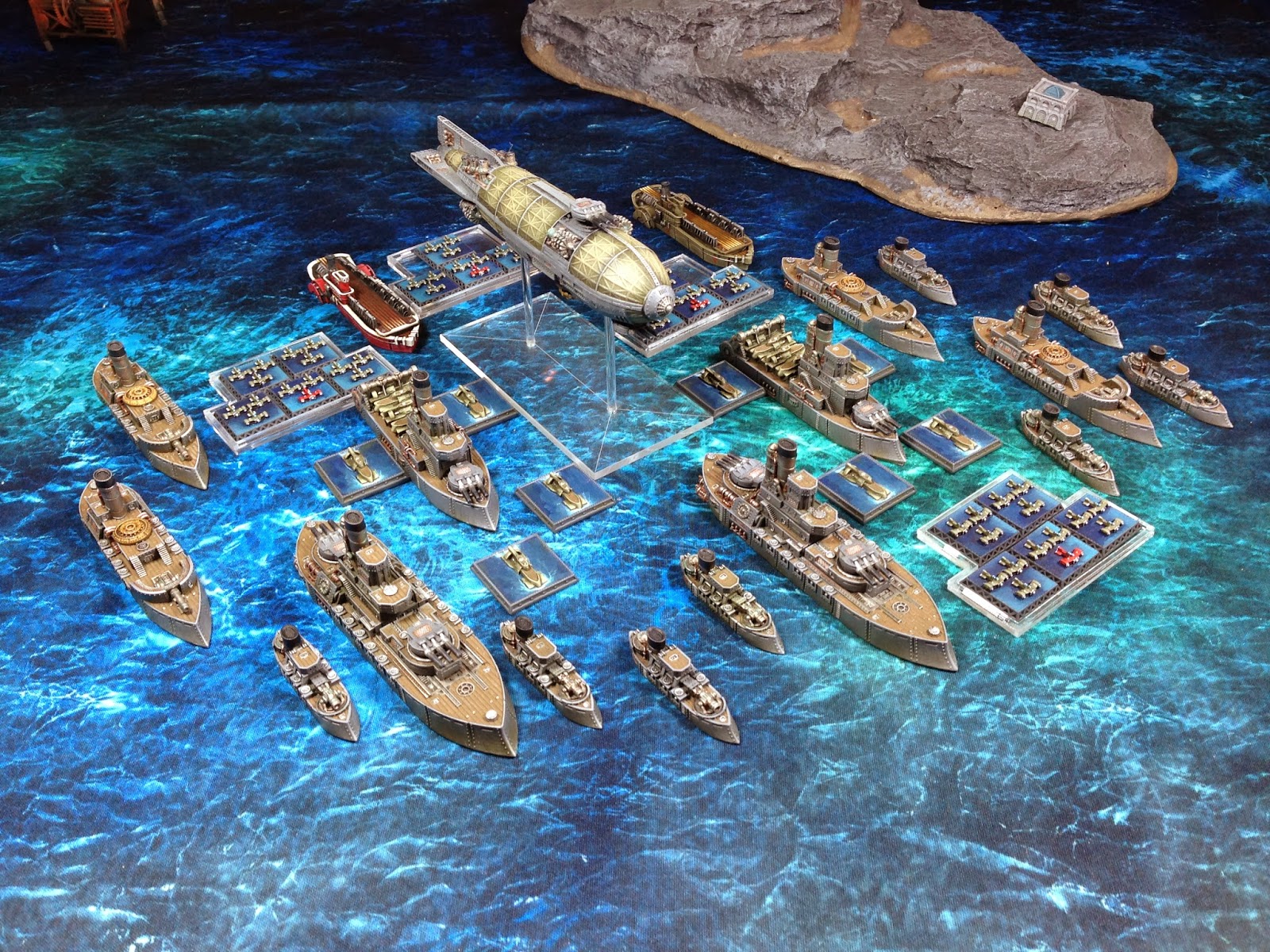 This month has been dominated by the Honourable Eclipse Company, which currently sit on my painting table - of the forty nine models and tokens that make up this set, I have finished three! Great progress. 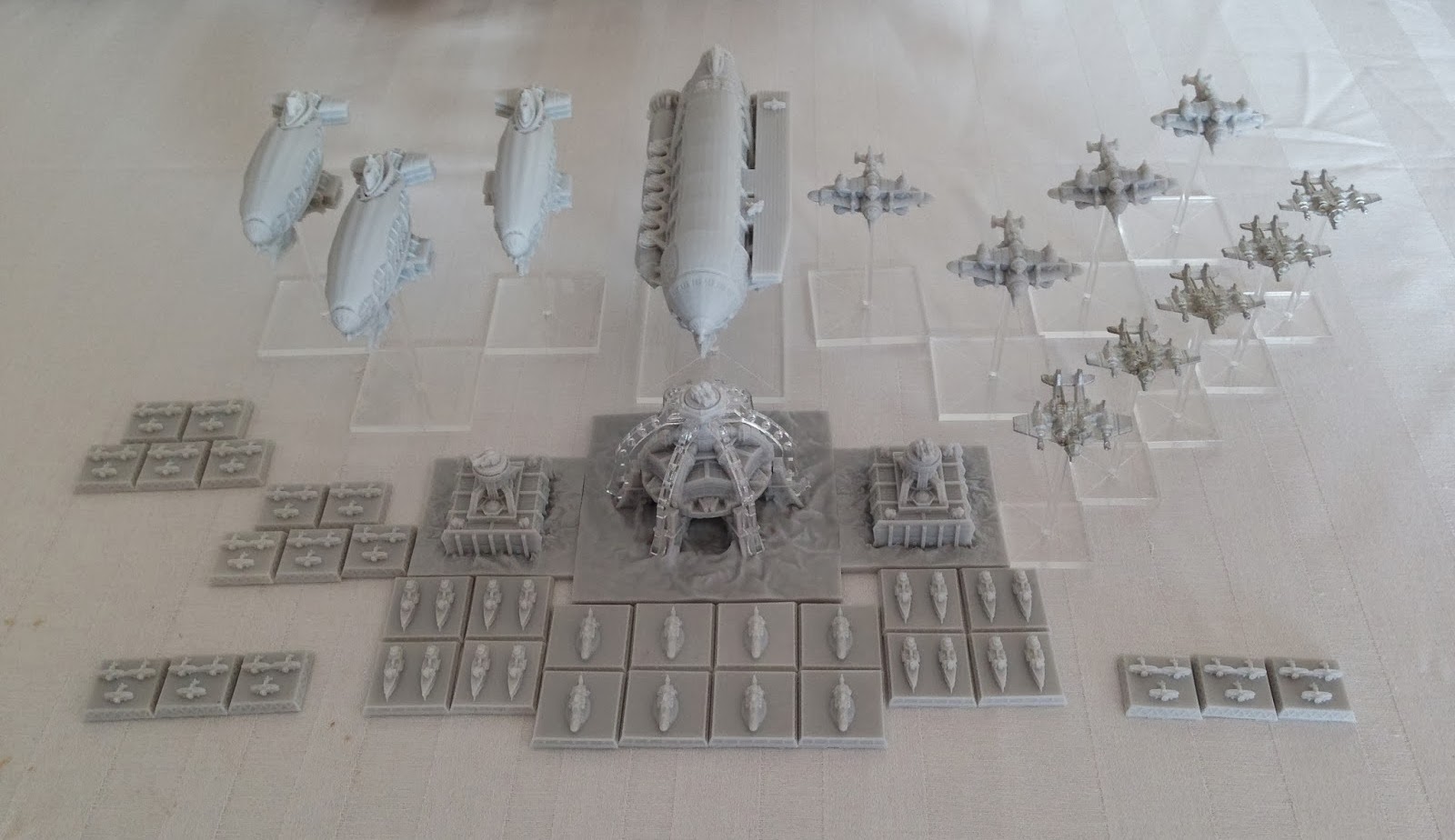 Of course, the Eclipse Company are not mine but a commission for my Good Friend Ben, who feels the need for a new and better fleet after the Black Company destroyed his precious FSA Dreadnought.

In the mean time, I still have an Ottoman fleet casting their accusing glances across the room... 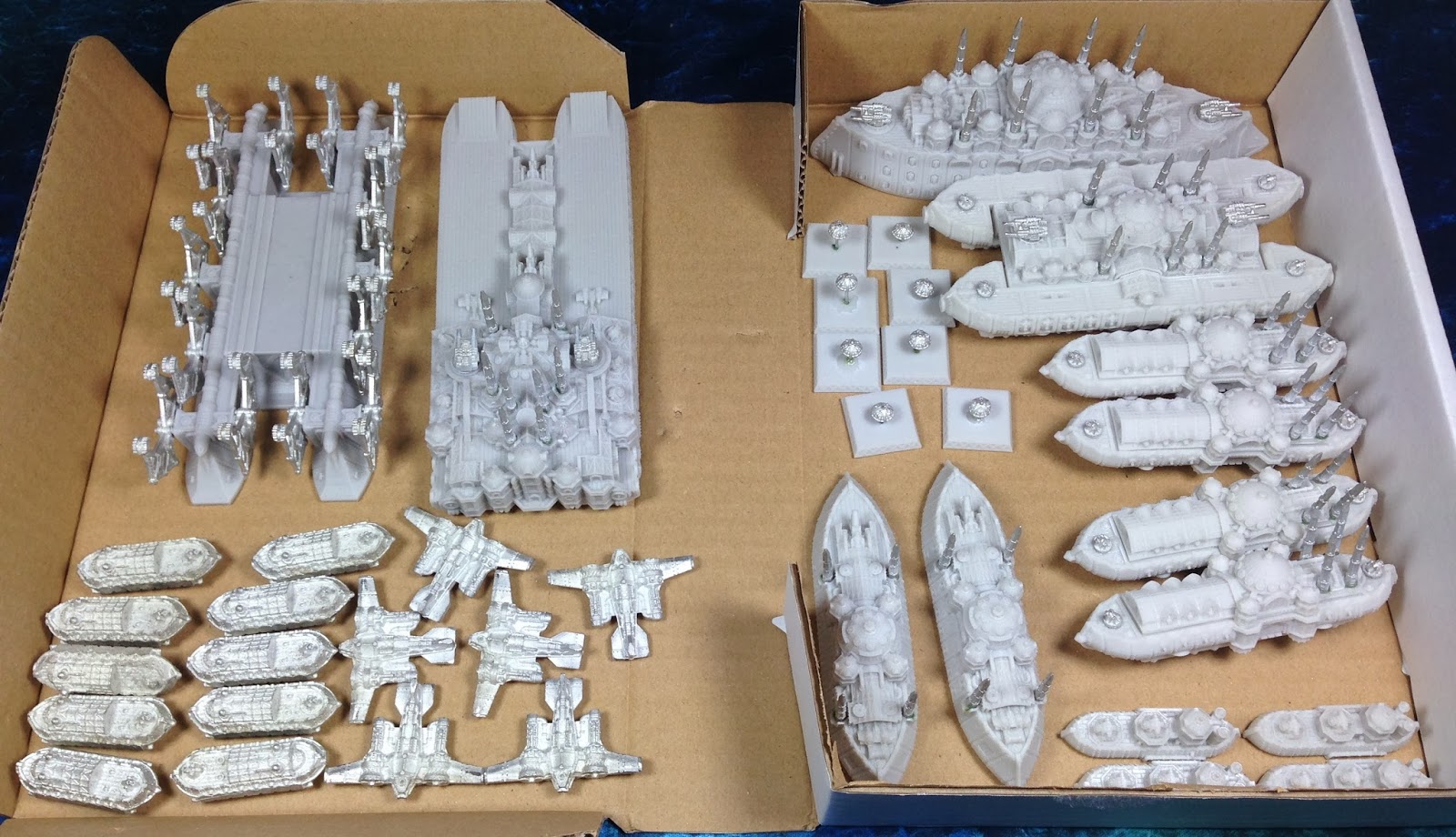 ...and some drunk eBaying before Christmas resulted in a rather large French fleet. 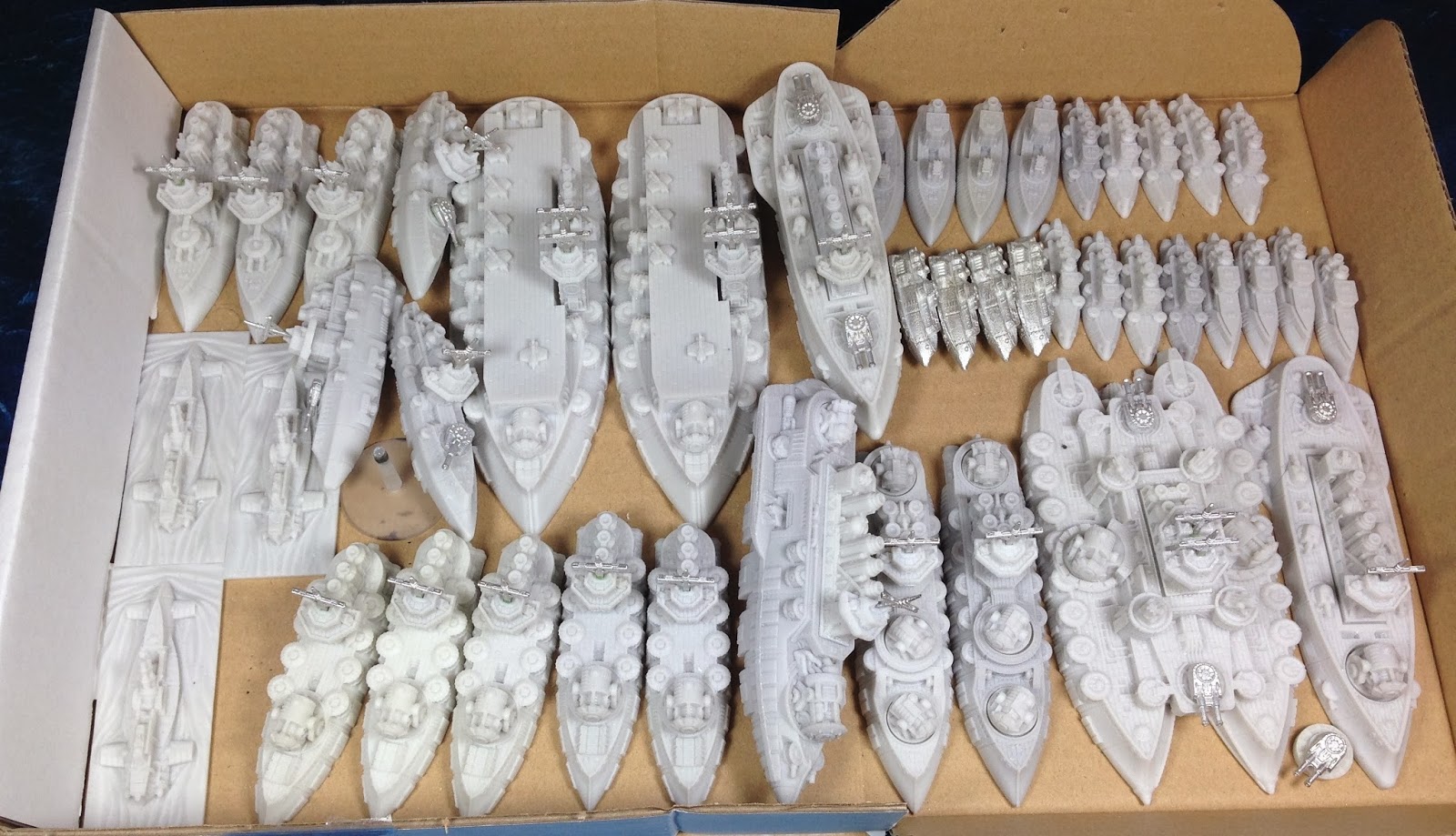 These guys have seen a bit more paint than the Ottomans, however, as I finished a selection of Tiny Flyer Tokens for a previous article. 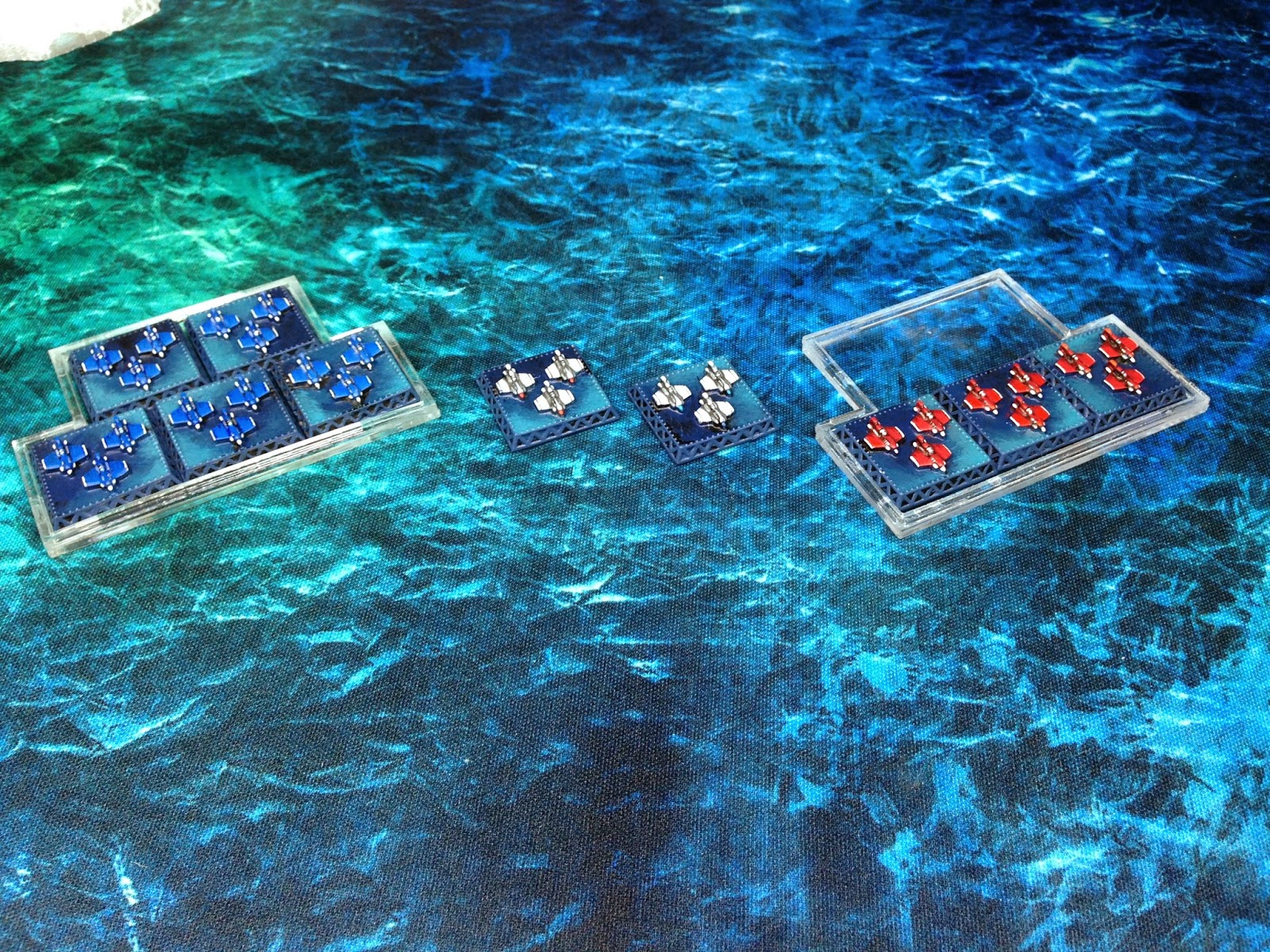 Of course, ships are not the only thing haunting my dreams and demanding paint.

Despite already having enough terrain for several tables, these two beautiful terrain sets have already found their way into my collection, and now need some serious effort put into finishing them. I have ideas for a massive game in the future involving these sets and more - a massive raid on Holsteinsborg itself for the Greenland Campaign, something like that. Obviously I can't do this with unpainted resin! 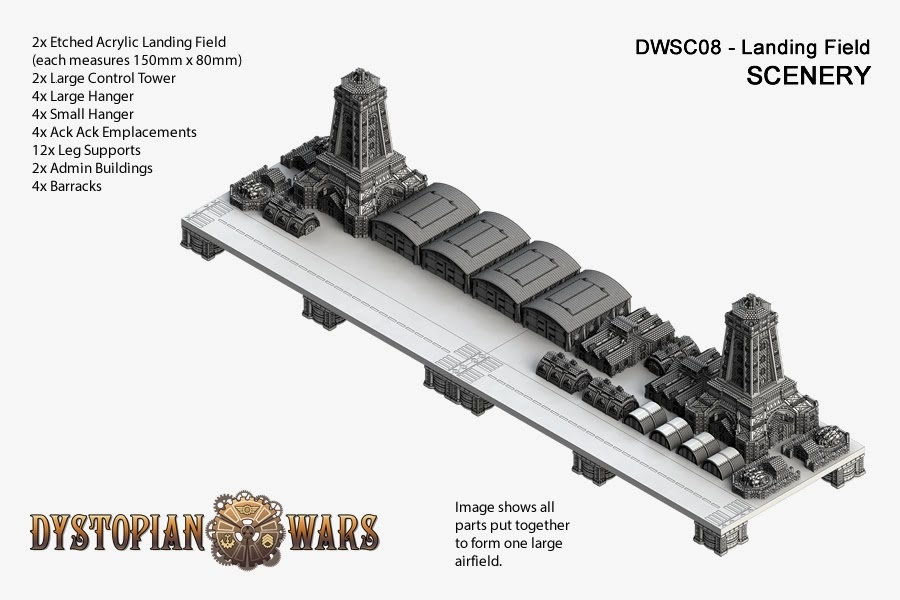 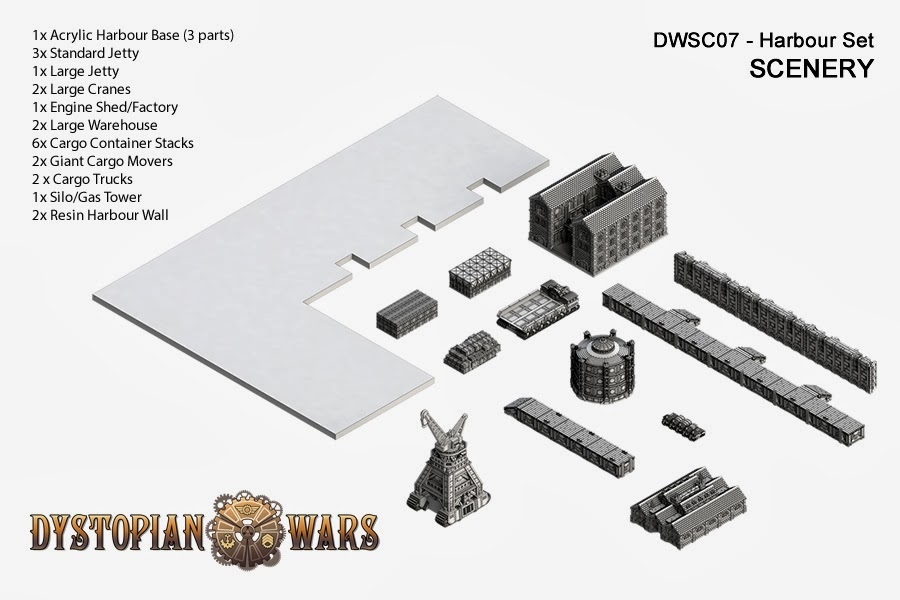 Of course, I'm not going to get much painting done if I have another distracting day like today, where the SPACE MARINES come back out to play!

A great game against Mike and a nice reminder that Warhammer 40,000 might not be everything it used to be, but when not broken with fifteen different supplements, dataslates and super-heavy tanks, it's still nice and simple fun. It was good to play 28mm again, especially since I won.

Have no fear, Dystopian Wars readers! Content and pretty pictures of ships and blimps will not be stopping. Every so often though, I will want to write something about other games, and I hope this won't put you off. I might even partition them into a separate section of the blog... we shall see.

Hopefully in the next few weeks the Honourable Eclipse Company will be finished and the next fleet or terrain project can be started - whatever that may be!