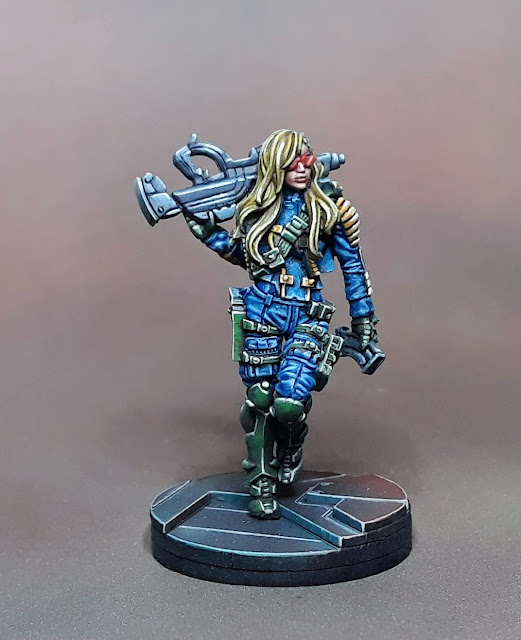 Here's my entry for the MasterGlass competition run by Mayacast. Given the recent release of the Druze Sectoral, the theme this round was Druze. I've had this model kicking around for a while, it's a limited edition model which I think came with the N3 Rulebook.

Choosing a colour scheme is always a daunting prospect for me. I'm not a decisive person by nature, and I'm not sure why but I decided I wanted to rip off a familiar theme from somewhere. I actually settled on Rebel pilot as my theme and was gutted when I discovered Tom (of Mayacast) had already done it. Not sure where the Judge Dredd theme came from, but after a little googling I was besotten... those bright greens and the blue... yes! 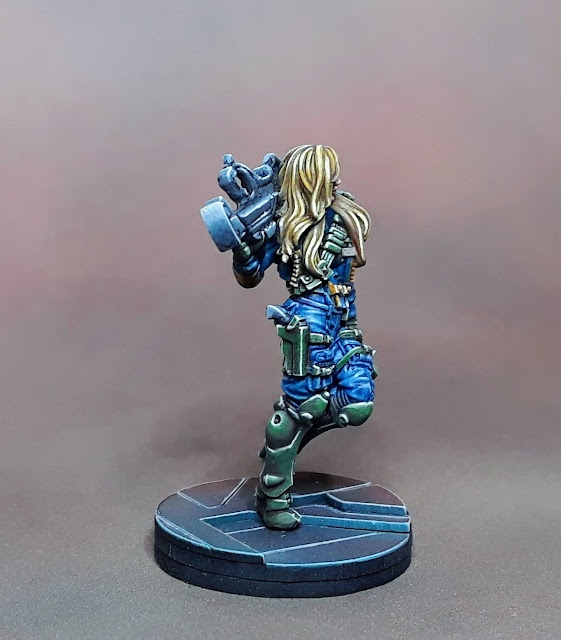 As the colours are vivid, I wanted to ensure I didn't desaturate them as I'm prone to do.  So I kept the colour highlights subtle, with stark edge highlights.  I don't know if I've overdone the edges, I think on the green maybe I did. 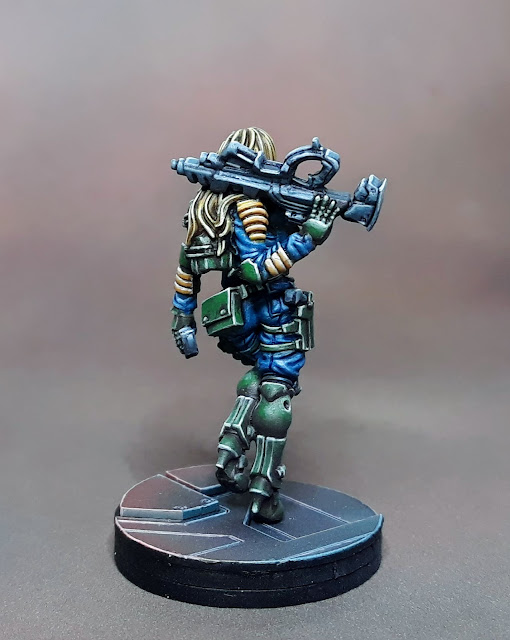 For the base, I tried to pay homage to the rulebook that got me this miniature. The front cover has a Hac Tao, lit from one direction in blue and from the other direction in red.  I think it's amazing artwork. 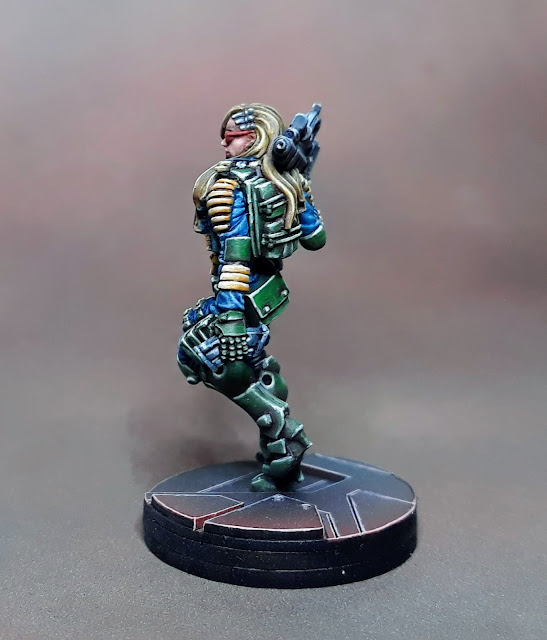 As usual, I mostly hope to get some helpful feedback, Tom has given me useful thoughts in the past.

edit: having just listened the the podcast...really pleased to have earned a mention, got some great feedback...which coupled to some other feedback I've had recently (from Kujo Painting) means I need to work on painting hair.
Posted by Winner Dave at 18:44