SOMETHING LARGER FOR NECROMUNDA 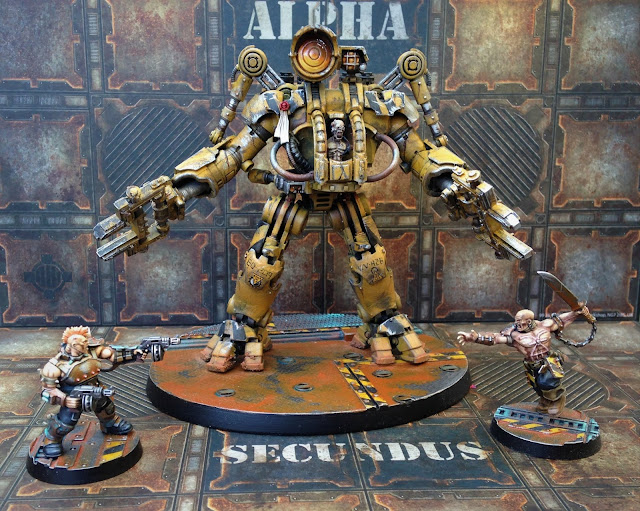 First up I must apologise for the lack of posts this month - I have been refurbishing my new home and it has been quite time consuming! Any hobby time I have had has been put into playing games of Necromunda and Dropfleet Commander, and painting. There has been no time for taking photos and writing. Hopefully this will improve soon, as I have a new home with a larger gaming area, and after next week should have the Internet sorted to get back to posting!

In the mean time I thought I would show off a project recently dug out of my hobby trash pile and given a new lease of life... the Power Loader.

Some years ago I made a conversion for a Warhammer 40,000 Ripley in a giant Power Loader, converted from a Grey Knight Dreadknight with the arms of the Sentinel Load Lifter (now sadly discontinued I think). The model was really cool but I was never happy with the Ripley conversion, and in the end the model was left in hobby limbo, half painted, for probably ten years.

Last month Gang War Three was released for Necromunda, no doubt one of the best supplements for the game so far, and alongside a host of new rules, there was the scenario Archaeo Hunters. Gangs must fight to control a giant automata, and use it to open the Vault to get the archaeotech treasure within. My mind was suddenly drawn back to the Power Loader... could I retrofit it and make it suddenly useful for our campaign?

Digging out the old conversion I replaced the Ripley conversion (which was decidedly amateur) with a servitor from the bits box and added a few more pipes, then got to painting. The base was painted to match my Goliath gang, while the model itself retained the Aliens-themed Power Loader colour scheme, albeit with some Warhammer flourishes. A couple of purity seals and transfers tied it to the Mechanicus, while the chevrons added the Necromunda touch.

Ultimately it is a very large piece of kit - standing far taller than the Ambot automata Forgeworld will be releasing. Nonetheless, it is a centrepiece for the Archaeo Hunters scenario and a great piece of terrain for my planned Sector Mechanicus board. It has already featured in one of my campaign games - brutally shot with a krak grenade and then ripped apart by my Champion with his Renderiser and stimm-slug stash.  Hopefully next time it will be a touch more fearsome! 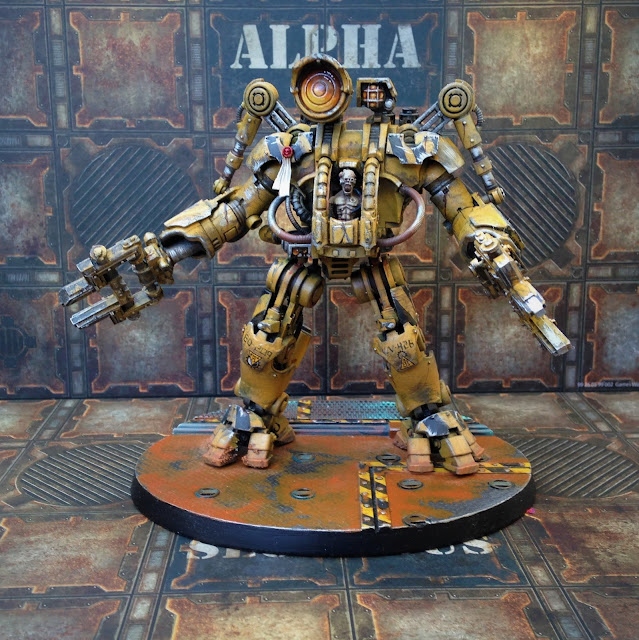 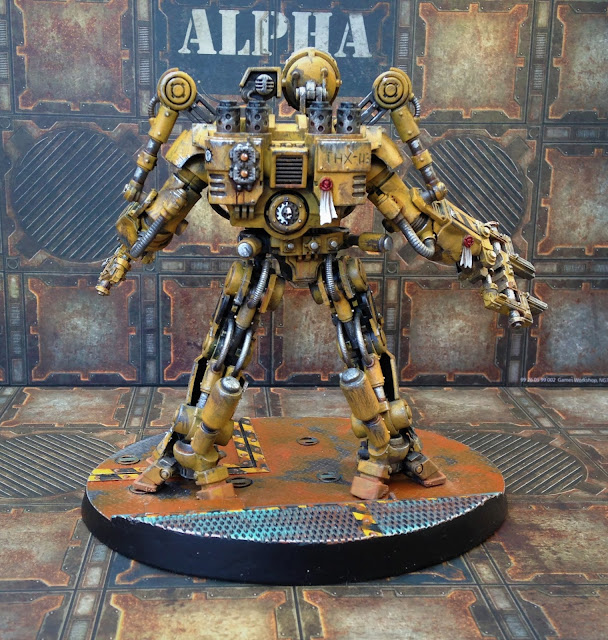