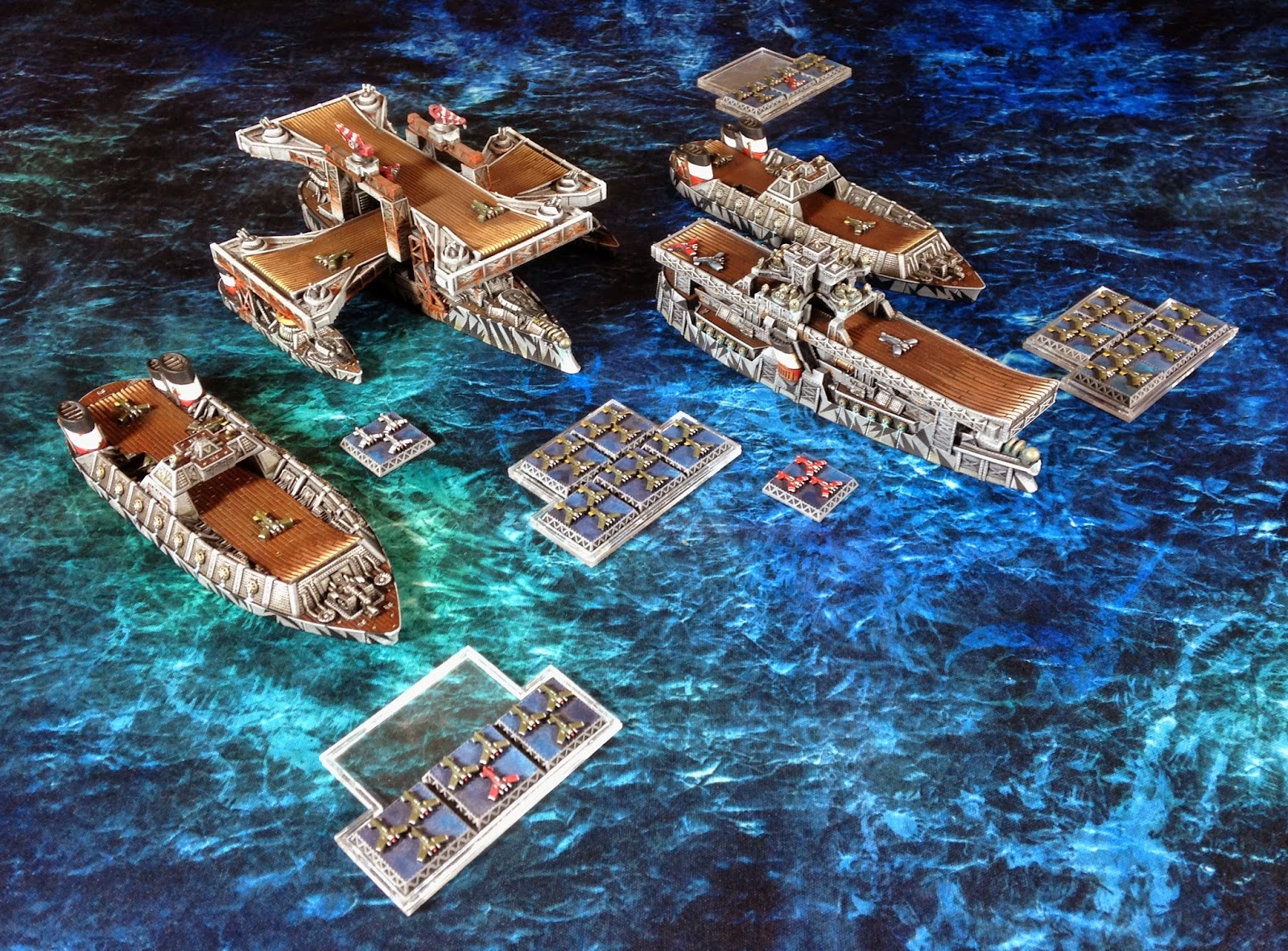 The latest Edition of Dystopian Wars brought a lot of new models into the game, and one of the biggest (especially for Prussian players like myself) was the Elbe-class Fleet Carrier. To put it bluntly, someone decided they needed an airstrip on top of a Dreadnought hull, and then stick even more guns on top of that - in this case four mighty Speerschleuders.

The Elbe is the last of the new vessels I will be adding to my Prussian fleet, following the recent post on the new Heavy Battleship and Cruisers, and will feature in an upcoming Battle Report where the new Prussian vessels get their chance to wreak revenge on the Federated States. Spoiler Alert - the Elbe (well, all of the new ships) cause a lot of damage.

Game-wise, the Elbe is a monster, with the armour and firepower of a Battleship (at least) and a huge carrier capacity - which all leads it to operate as an anchor of the fleet, sitting where it can fire in all directions and get close enough to rearm and refuel the squadrons of Bombers in a near-constant rotation. A bargain for its cost, I would also consider upgrading to Elite crew to dissuade Boarders and provide a late-game threat itself.

A real cornerstone of the fleet, I feel every good-sized Prussian fleet should try and work one of these beasts into the roster.


THE FUTURE
The three new ship types introduced with the Naval Battle Group have now been completed, but this is not the end for the Prussian Empire - the box also contains a Battle Cruiser and two squadrons of Small ships, most of which I intend to paint. The extra tiny flyer tokens will also be painted, in the new blue-gry scheme mentioned above to represent the Torpedo Bombers. I like the idea that the new vessels have been introduced to the Prussian Navy and carry with them new weapons like the Torpedo Bombers. Beyond that, who knows? Maybe it is time to look back at my other fleets before the next wave of Prussian ships appear!