THE BIG GUY TAKES TO THE STAGE... FINALLY 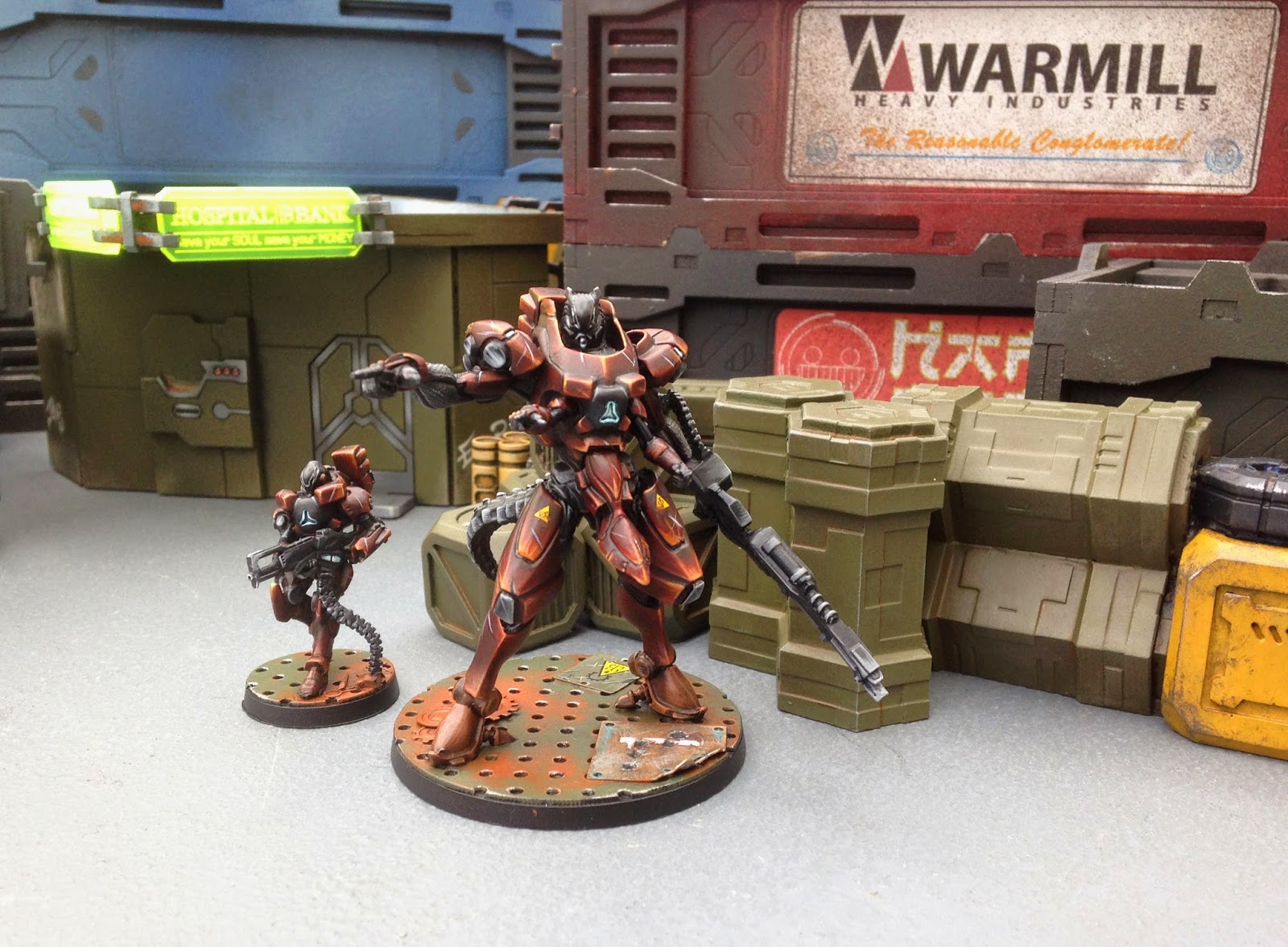 After many months of promises, the Iguana has been finished and is ready to join the Jurisdictional Command of Corregidor on the battlefield. Following months of procrastination, I finally painted the model over two days, in preparation for the SCTS II Tournament in early April, and am rather relieved to tick this model off my Project List!

The Iguana was purchased some weeks after attending my second Infinity tournament last year - late August if I recall correctly. I've had this model assembled, undercoated and based for over six months! I don't know what I was waiting for - the reasons for putting it off range from needing to paint other things more, not having the right paintbrushes/paints and wanting to "save" it as a treat for when the bulk of the team was finished.

Those excuses were finally forgotten last week, and I've managed to show it off down the local club and play two games so far - it's been destroyed in both games, but not before causing some damage. I look forward to future games with a proper TAG, and making the most of the Heavy Flamethrower and Repeater, as well as the massive HMG.