PREPARING FOR A NEW ESCALATION LEAGUE AND A NEW PAINTING CHALLENGE 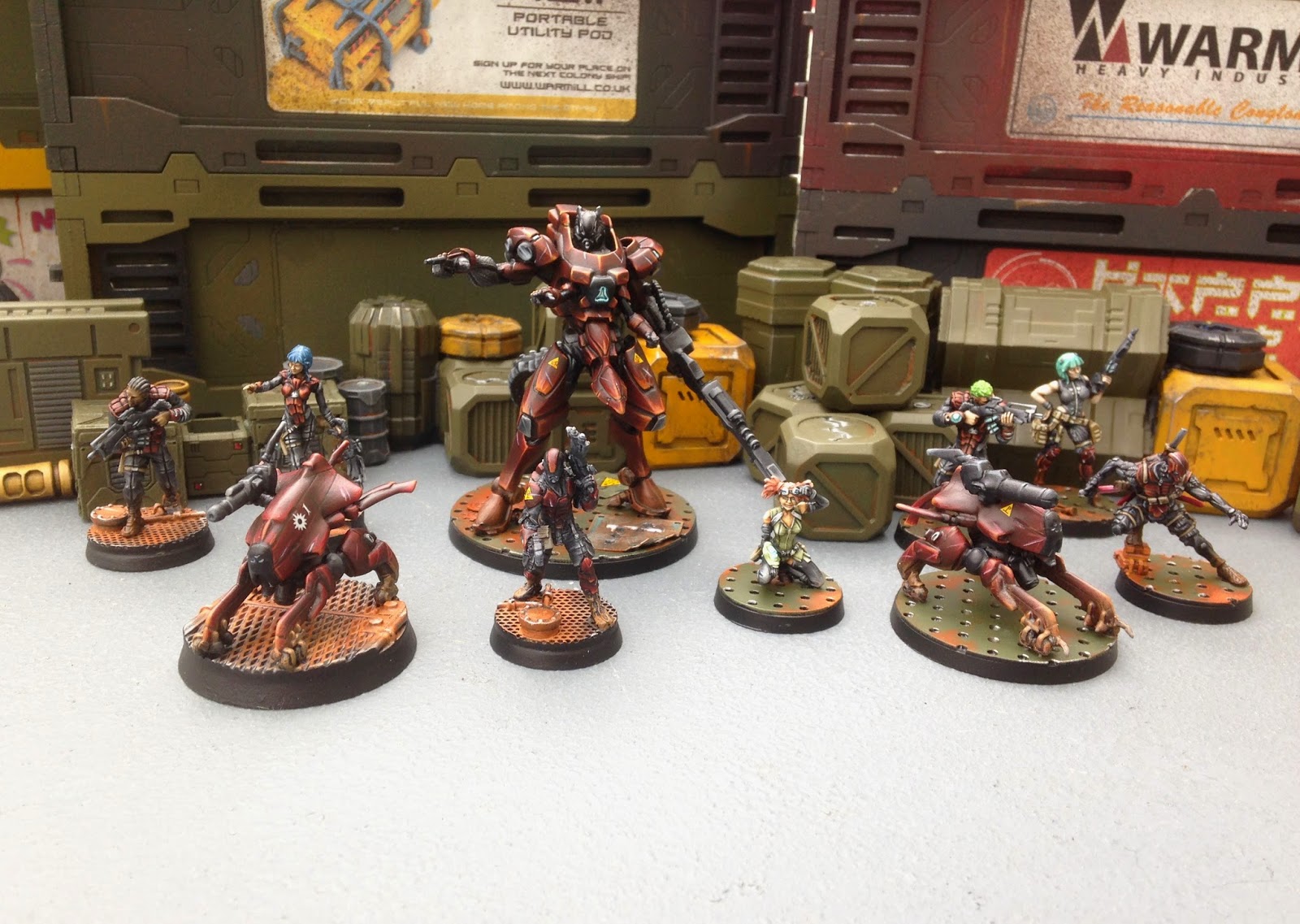 This week sees the start of the second SCTS (South Coast Tournament System, led by Simon of Spectre Gaming Systems) Escalation League for Infinity, and the first of 2015. Five games of increasing size and complexity, with added bonus points for painting new models for your team - of course I was up for it! It was an Escalation League that got me started with Infinity nearly a year ago, and it will be fun to see how far my painting and gaming has progressed.

The first game will be a mere 120pts, with no Lieutenant and no Advanced Rules like Hacking or Command Tokens, which makes life somewhat easier. With the painting clause in mind, I wanted to include lots of "new" models that I had not used before (or finished painting, at least), which would be difficult as I have been rather... prolific lately with my painting, and the Jurisdictional Command of Corregidor is looking like a small army rather than a crack team of operatives.

Nonetheless, there is still a rather large number of unpainted models sitting near my painting table. I don't think I will be using all of them, but they all need to be painted before I can say I have "finished" my Nomad strike team and begin thinking about my next Faction. These include several models from the new Alguacil Special Weapons boxset, two Salyut Remotes and some other options for the Intruder Assault Commandos, a Clockmaker and a Wildcat. These are all great models, some I have owned for a long time, but not needed strongly enough to slap some paint on. In the past I have found games and tournaments to be a great incentive to get things painted (models like the Iguana), and this Escalation League is a good chance to finish the team.

In the near future, I will also be adding the lovely new releases from Corvus Belli - specifically the Jaguar box (I used Jaguars in almost all of my games, but as the official models have not been released yet having been running proxies). In addition, I have a conversion in mind for the Azra'il Special Deterrance Group, an immense model who I think would work well as a proxy for the Dog Warrior McMurrough (a mercenary who can work for Corregidor)

In the coming weeks I will be updating the blog with my gaming results, and showing off the latest progress from the painting table.