"You're sitting on two thousand horsepower of nitro-boosted war machine..." 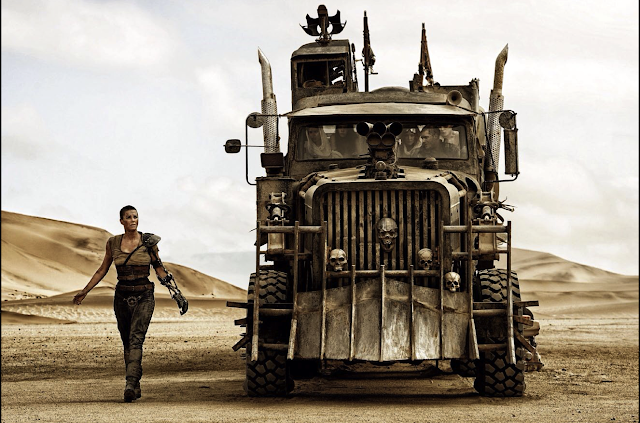 I began playing and collecting the Resistance for Dropzone Commander based off one movie - Mad Max: Fury Road. Those who have followed my adventures with the Resistance from the beginning may recognise that I liked this movie a lot!

I have spent most of my gaming and painting time with the more militaristic aspects of the Resistance  (their tanks, gunships and jumpjets), but as I finish the last few of these squadrons I thought it was time to start looking at the civilian side - the haphazard, rugged technicals and wagons, the battle buses and crudely-welded all-terrain vehicles. Some of my initial conversions can be seen in a previous post, as I added extra engines and spikes to some technicals to make them resemble the Buzzard's spiky cars from the film.

Last week I was scouring the local model train shop for n-scale civilian cars (for both scenic bases and Resistance conversions) when I happened upon a large gas tanker. Returning home and finding a spare Gun Wagon with the appropriate size and shape, I knew it was time for the War Rig!

Three hours of scouring the web for detailed pictures of the rig and bringing together pieces from a dozen different kits, it is finally here.
INSPIRATION
THE CONVERSION
OTHER HOBBY PROGRESS
Next time, we will see some minor changes to the War Rig, and maybe a lick of paint!