A BRIEF RETURN TO DYSTOPIAN WARS 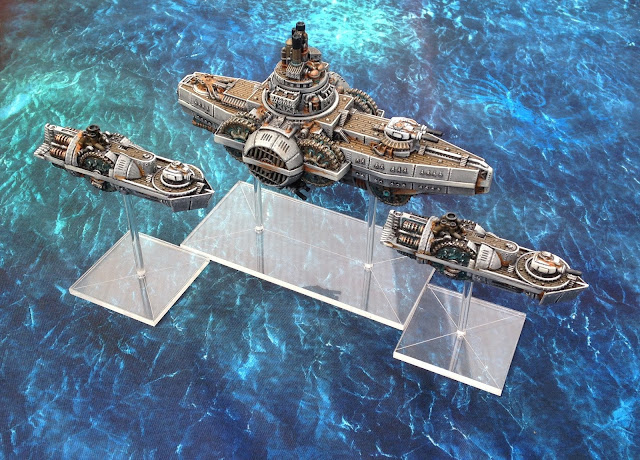 My painting and gaming schedule has not included Dystopian Wars for some time now, mainly due to my regular opponent having some holidays and some work issues that stopped us meeting. I have not, however, forgotten about this game! Recently I picked up the Fleet Action rulebook, and am looking to give that a go as soon as Mike has returned. 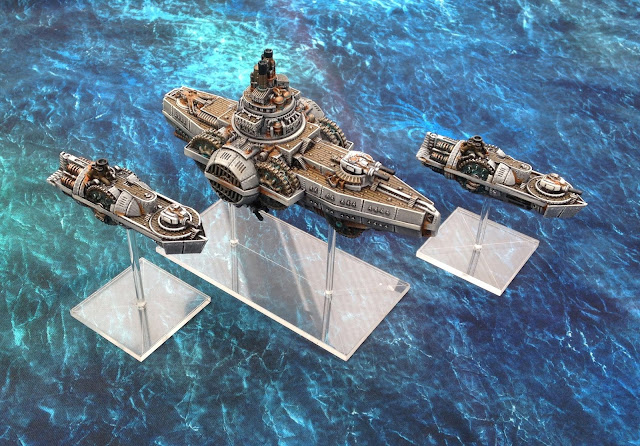 In the mean time, I have taken some time out from painting X-Men and tanks for Dropzone Commander to revisit the Russian Coalition and finish off some of the final squadrons. The project this week has been a pair of Saransk-class Skyships, which will join the Tunguska-class Skyship to form the indomitable Magadan Squadron - scourge of enemy air power and general nightmare for anyone! 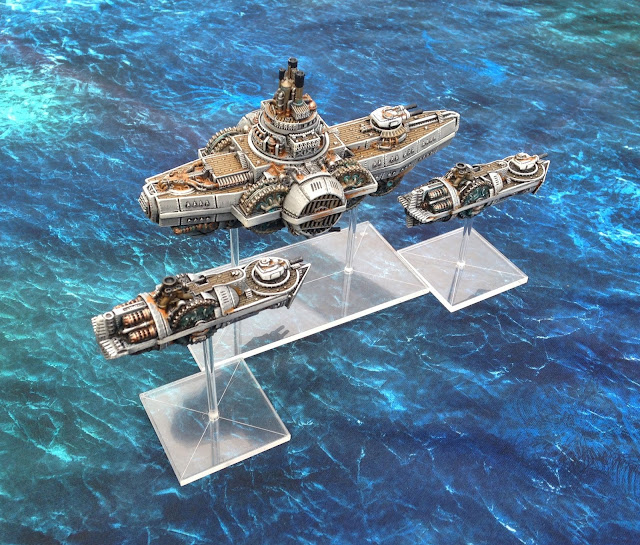 Consisting of one Tunguska-class Skyship and a pair of Saransk-class Skyships, this Specialist Squadron packs a Broadside, Mines and five (!!!) Main Turrets. Linking their fire, this squadron can put out nine shots at RB3 and twenty eight shots at RB2 - enough to cause concern for anyone! Of course firing individually may be a better choice, especially with the Hunter (Aerial) MAR giving them bonuses against enemy flyers. 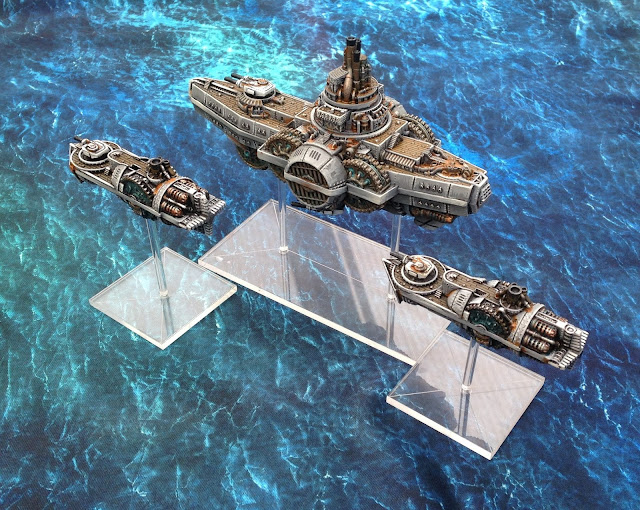 As with all Russian vessels, Magadan Squadron packs a lot of troops, but befitting the elite nature of the Russian aerial forces, they are all Regular! Nineteen crew between the three vessels can drop out of the sky and overwhelm an enemy Battleship without concern. 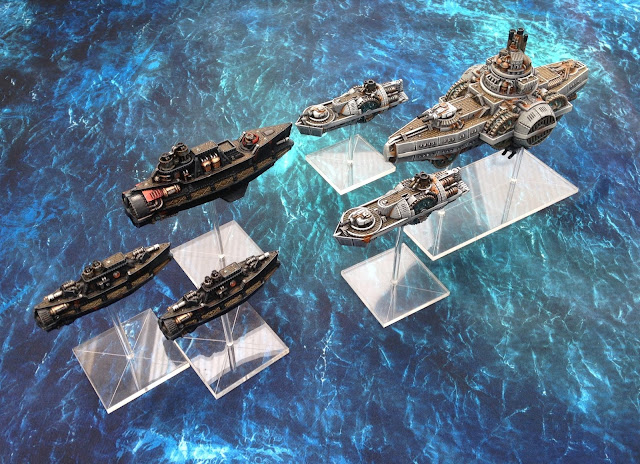 Defensively, the three vessels have strong Russian armour, bolstered by Ablative Armour but lacking any Shield Generators or other shenanigans. Hiding in the clouds is the best bet, as with any aerial units, though the Tunguska-class Skyship does carry a Mimic Generator that could copy something helpful! 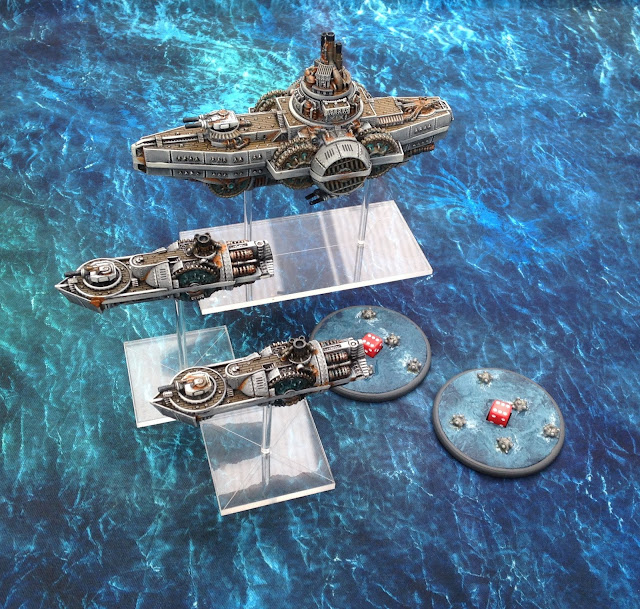 Weighing in at three hundred and twenty points with the accompanying Fighter Planes (a mandatory choice, in my eyes), Magadan Squadron is not cheap. In a smaller game, I think a Tunguska-class Skyship on its own is a fine choice, and does not need the escorts. In larger games though, why not? An extra pair of turrets and twelve extra points worth of boarding potential is a great investment!

As with most of the Specialist Squadrons, it is not a mandatory choice - but it is a very tempting one, especially against a foe without a huge amount of AA. I'm intending to run it soon, and start dropping some Mines on unsuspecting foes!