THE FIRST SANTIAGO-CLASS CORVETTE AND A FOURTH (!) BATTLECRUISER JOIN THE FLEET 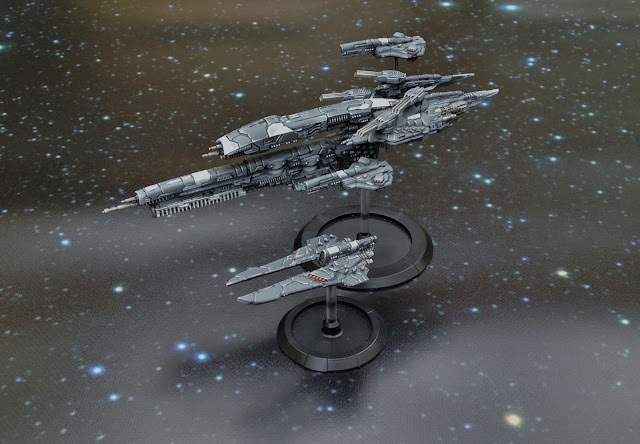 Following the distraction of Frostgrave, I have been returning to the Dropfleet Commander with some fervour, perhaps inspired by the new Experimental Rules released by Hawk and definitely influenced by the release of the Santiago-class Corvettes.

Last time you may have seen my second Battleship and third Battle Cruiser, and now I have finished the first of six Santiago-class Corvettes and the final, fourth Battle Cruiser.