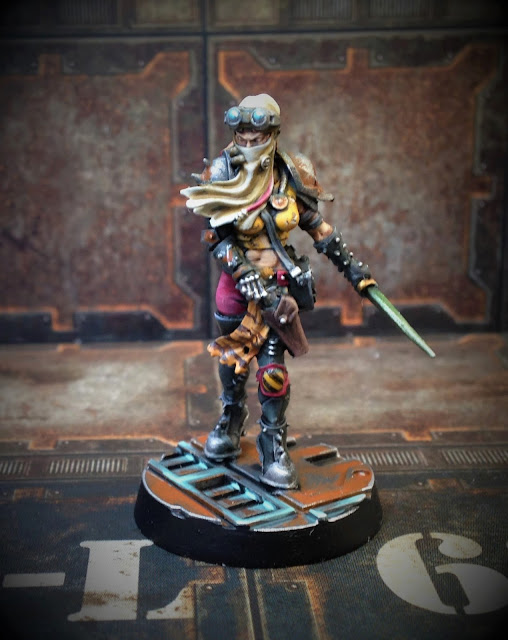 This week, two more models for Necromunda, and blessedly not more Goliath gangers! I have finally started making progress on the Hired Guns and general scum I have collected and built recently - totalling almost enough for a whole Venator gang now!

The first is an ex-House Escher Hired Scum, who was painted in almost exactly the same scheme as the Studio model from Forgeworld. I kept her hair one colour rather than the Harley Quinn-style red and blue as I wanted the model to have a more limited palette, and promptly ignored that when I ran a green glaze down her Stiletto Knife - some form of poison no doubt!

This model was tough after the relatively large and simple Goliaths, and features a lot of different materials. The hair, skin, facecloth, loincloth, yellow armour, red cloth, gun holster and black leather was the just the start, before even considering the metals! Looking at the finished model I am vey happy with the result, but a little concerned with the bright verdigris-style green on the base. This may have been one colour too many... 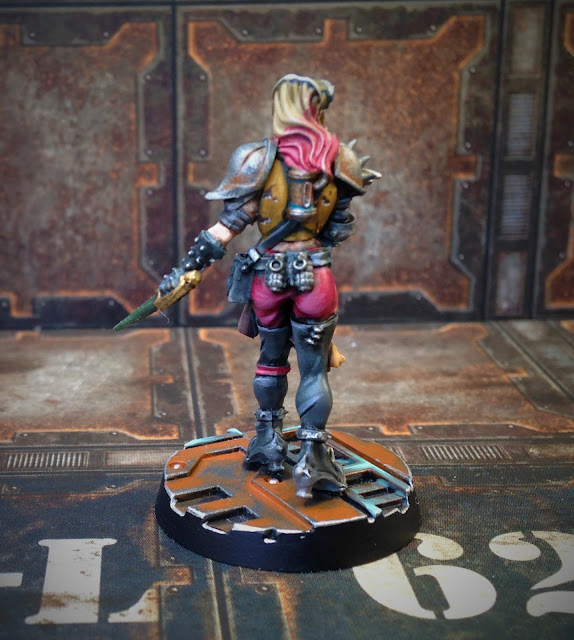 The second Hired Gun is a converted Ghoul with a Lasgun and respirator-clad head from the Imperial Guard vehicle accessory sprue. I wanted a wasted, wretch of a man, barely clothed and clutching an ancient weapon.

The skin was washed with reds and yellows to give a sickly tone and highlight his scars and deformaties, while the free hand was painted to be bloodied and burned, like the lasgun had malfunctioned or had injured himself somehow.

Overall I am satisfied with the result, though the massive blown-up pictures shown on this blog do highlight every little mistake with the painting! It has been a long time since I have painted a model like this, and was good to try it again. 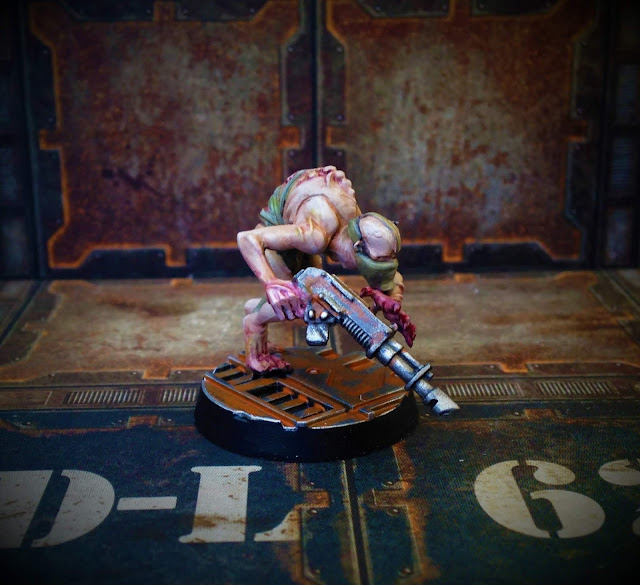 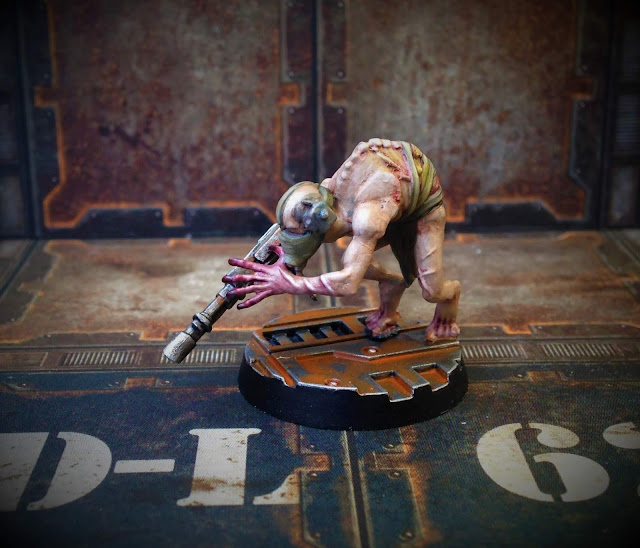