THE FIRST TEST MODEL IS COMPLETED FOR THE INDIAN RAJ 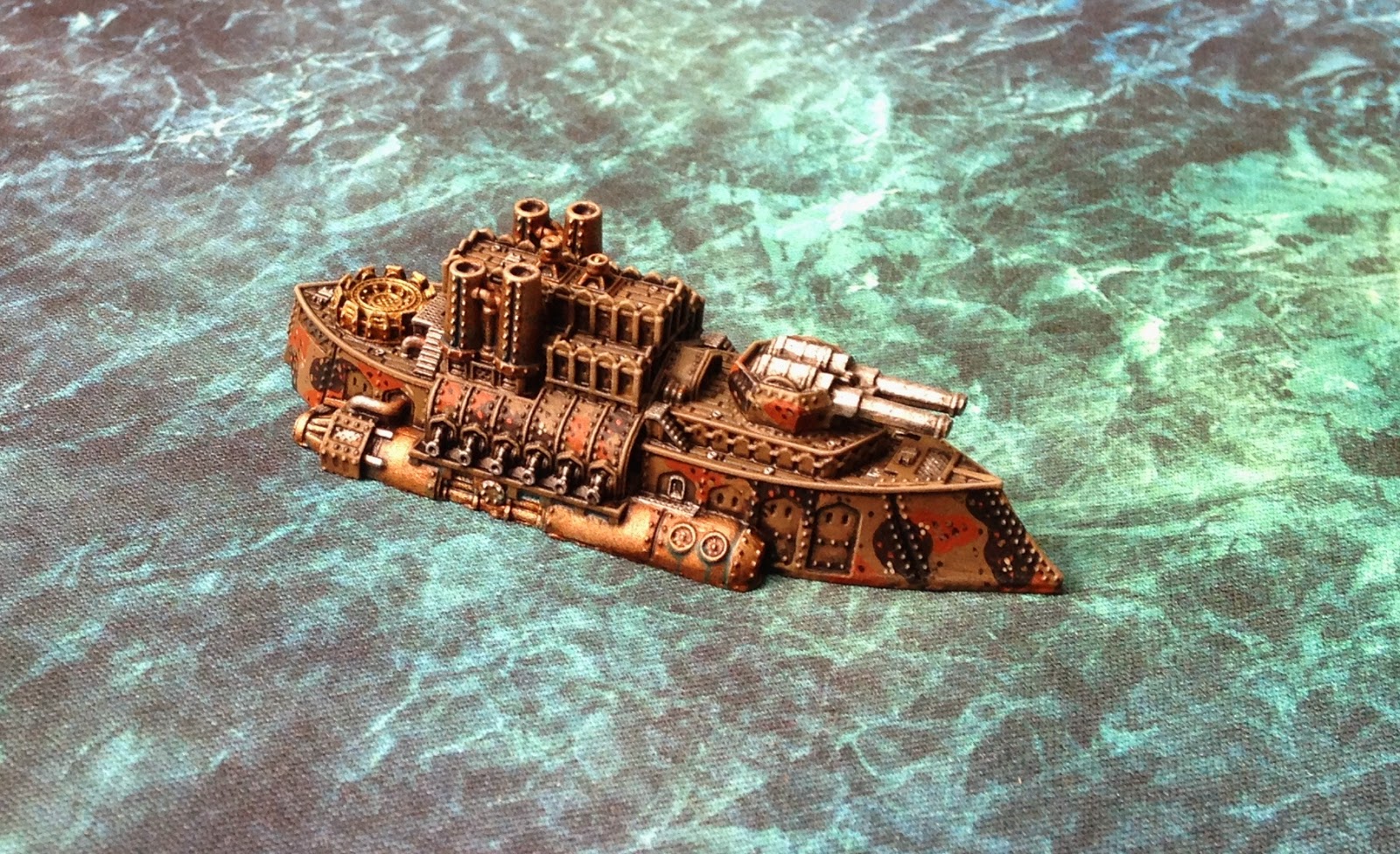 I may have been distracted recently with training new staff at work and preparing for the Infinity tournament next weekend, but in the last few days I have managed to get some paint on some Dystopian Wars, specifically the new Indian Raj Devak-class Cruiser. Here are the results! I hope you like what I've managed so far.

The colour scheme was inspired by the work of a guy named Sheep, whose Warhammer 40,000 Death Korps of Krieg impressed me greatly. The scheme looked difficult and time-consuming, but with his handy guide (found here) it was remarkably simple. I have adapted some areas to fit with the rigid, flat armour plates of a warship, and changed the way some of the dots are placed to look better at this scale. The triple-dot pattern used on several parts of the vessel will be used further in the future, as I feel this was one of the most successful areas of the scheme.

For those without extensive World War II knowledge, this camouflage pattern is based on a dot-pattern used by the Waffen-SS. As mentioned above, I have adapted it somewhat to fit my vision. In no way is this meant to emulate or replicate the original camouflage - it was merely a jumping off point. I wanted a scheme with a camouflage pattern featuring brown and orange, and this happened to fit the bill.

The metallics were painted with GW Citadel Brass Scorpion and highlighted by adding bright silver, while the gunmetal was simply silver washed and highlighted. A more in-depth painting guide will follow when I have painted more of the fleet. The scheme is deceptively simple - once the camouflage is done, the rest of the ship can be completed in minutes. I kept the weathering fairly light, as I scheme already featured enough oranges and browns.

So there we are, a strong start to the Indian Raj and a scheme that will be quick and easy to complete. Hopefully I can crack on with these guys and the Russian Coalition in the coming weeks, and tick off a few tasks from the (horrifically long) Work In Progress list!