FEBRUARY SEES NEW RELEASES FOR THE LEAGUE OF ITALIAN STATES 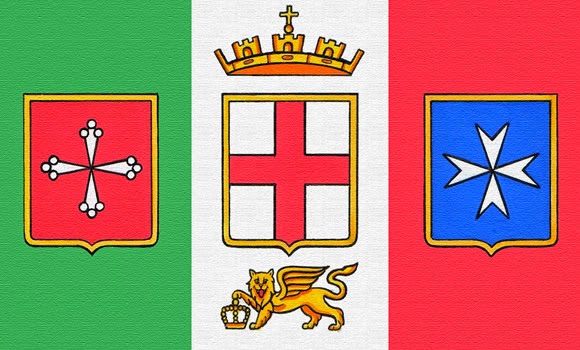 Like the Chinese Federation last year, the League of Italian States will be seeing a rather large expansions to their range this coming February, with the release of three new box-sets to replace their current boxes and add several new classes of Naval and Aerial vessels. Here's some more detail in a blog post on the Spartan Games website, and a following blog post gives some detail on the background to the League, including recent developments on their relationship with the famous Garibaldi.

The League of Italian States were the fleet that reignited my love of Dystopian Wars all those year ago, and it is great to see them get some more ship classes that will make their fleets look great and give them some interesting new styles of play.

Let's have a look at the sets!

So there we are, an intriguing range of releases for the League, really bringing them into line with some of the larger Nations. I am especially interested in the Battle Cruiser, the Escorts and some of the flyers, but as I already own a rather large Italian fleet, I might be waiting until they become available to order individually (do I need three Battle Carriers?). For the new player, however, these boxes are organised well and priced in accordance.