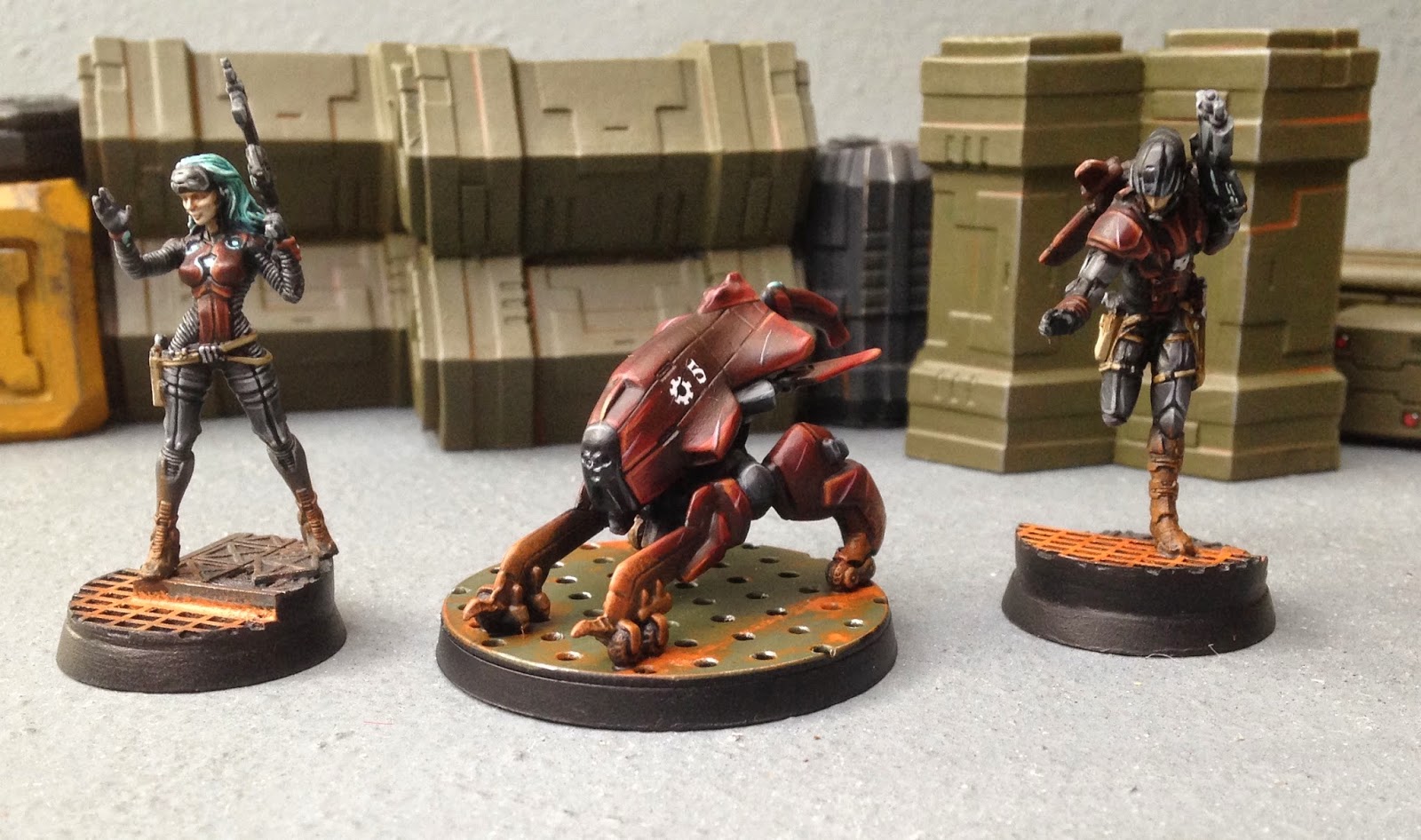 Corvus Belli may have left us in the lurch for a few weeks, with half the troop profiles updated and released with the N3 Rulebook while the rest still lie in development limbo, but I can wait - this happened last year with Dystopian Wars when the fleets were updated for Second Edition, and before that I have extensive experience playing GW games with codices and army books multiple editions out of date. I know for a fact that as soon as the PDFs are released, everyone will forget this ever happened and start playing some serious Infinity!

In the mean time, I have bided my time and not actually played any Infinity yet this year - that treat awaits me this coming Thursday, PDF release or no. This first game with the new Edition will be against an old opponent who will hopefully show me the ropes (and go a bit easy on me!), and to prepare for this I made a couple of lists using profiles exclusively from the new Rulebook. This was a restriction I took upon myself to force me to try out some new things and not rely on old tactics.

Relinquishing the Jurisdictional Command of Corregidor and restricting myself to units from the Rulebook as "Vanilla" Nomads was interesting and involved taking a large number of units I have not tried before (though it must be said the majority are from Corregidor, as practise for the release of the updated Sectorial). These new units included both of the new units for Corregidor, the Bandits and the Jaguars, an Interventor with Fast Panda, and also a number of recognisable units with different loadouts and weaponry.

With this new list in mind and some unpainted models sitting on the painting table, I used the coming game as impetus to get some models painted up. The Bandit and Jaguars will not be featuring this week, as the models have not been released, but a pair of Hackers and a Remote have been completed, and will give me a chance to try out the new, rather extensive Hacking Programs.

So here we are with the results of my recent painting sessions! Next up... well, I keep promising that Iguana don't I?