New Forces for the Reconquest

COXER'S PHR ARE JOINED BY SOME NEW RECRUITS 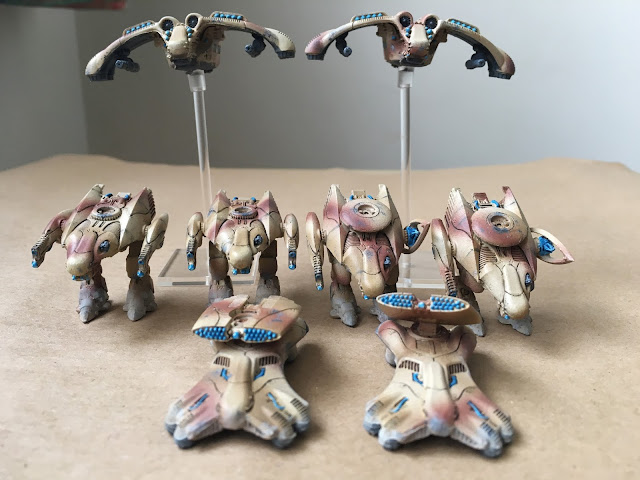 Following my post at the end of last year, I have finished the first round of extras for my PHR, I've added a selection of Type-2 walker chassis - Odin and Zeus. I think these are great models, nice clean and crisp casts, and they do a really decent job on the table, with a decent Passive Save, and a lot of  Railgun shots. 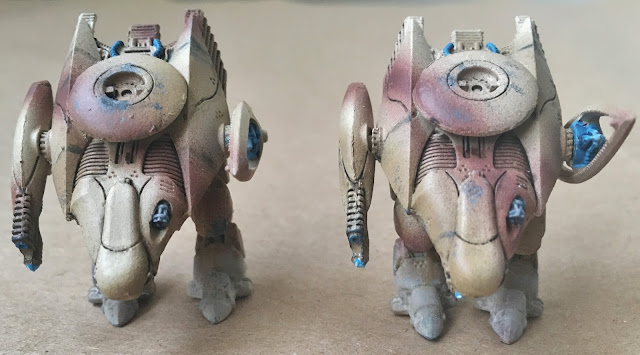 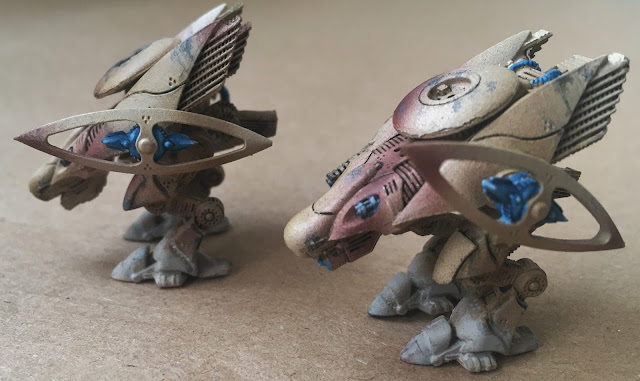 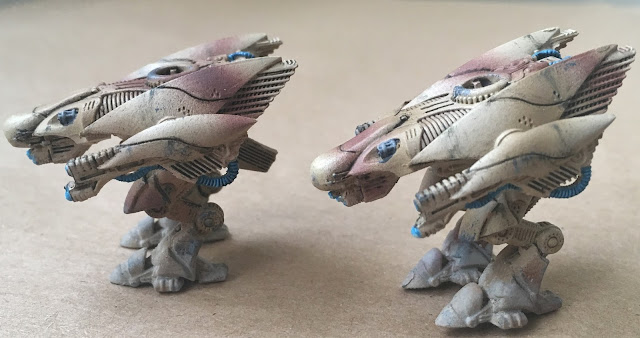 Alongside this I've painted a pair of Triton A1 to transport my Immortals. I've used them twice and the flexibility over the Juno/Neptune combo is great. I really prefer the more independent mobility of these. 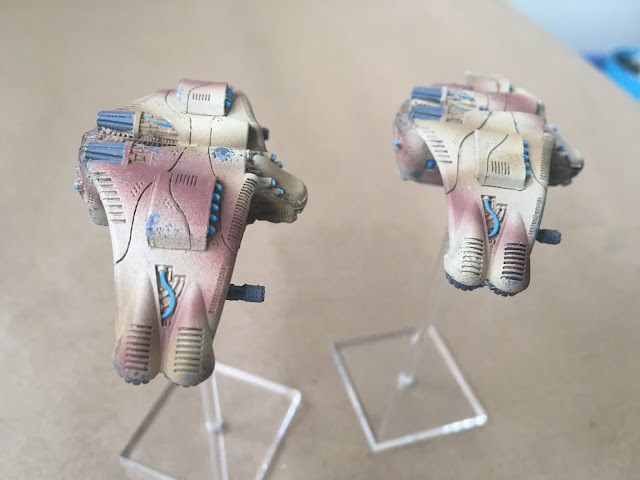 Finally the Helios - these are little beasts! So many shots, Shaped Charge, and a skimmer! If the range was longer they'd be off the chart. I've used them twice and they have been brilliant each time - taking out drop ships, tanks and drones. (Editors note - Helios' are complete b%$£"!@ds and I always make them a top priority - good to see Coxer only has two painted so far!) 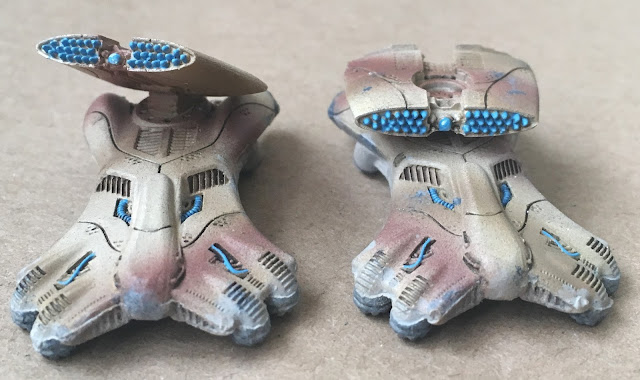 I played my first round of the Escalation League last week, and was drawn against a Shaltari player named Chris, It seemed from the local attitude Chris knew what he was doing, and he did indeed. I managed to remove one Gate early doors, but that was about it - otherwise my infantry got stranded on the Objective and even though they found it, trying to get it to the board edge was impossible.

In the end they died. In turn, whilst Chris got one off the board, he did not manage with the second, so a 3-0 Objective loss. 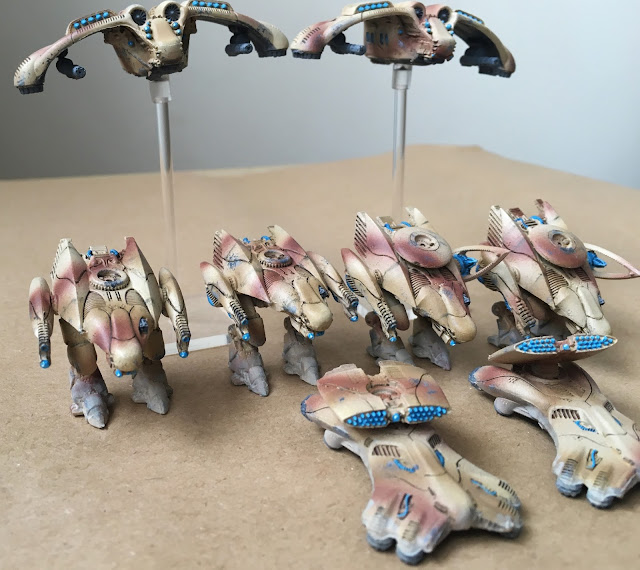 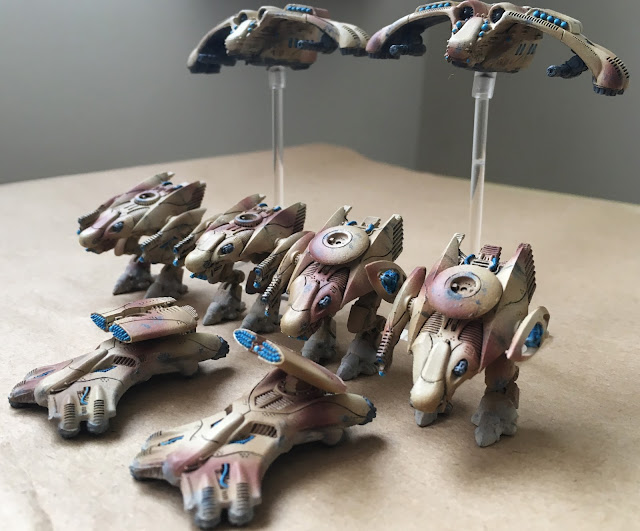 There's also an upcoming tournament in Brighton in April which I'm aiming for - only one day, but should be a good trial after the Escalation League!