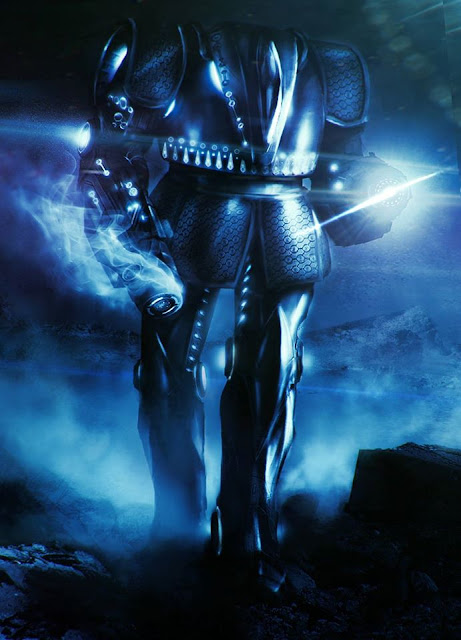 Sadly I could not attend Hawk Wargames' Open Weekend and Tournament this past weekend. The Invasion weekends have always been impressive events, with great games, prize support, a chance to meet the Hawk team and see some upcoming releases. Last autumn, my friend Simon and myself travelled up to Croydon and won much renown.

As I could not attend to play, I was still hoping to see some lovely new models make an appearance, and was not disappointed! The big expectation for this weekend was Dropfleet Commander, but Hawk surprised us with a serious amount of sneak peeks at their upcoming Dropzone releases!

With all credit to Ravener on the Hawk Forums and the Orbital Bombardment team for the pictures, here are some of the new units coming soon...

UCM
Crossbow - Scimitar grade laser on a static platform. Dropped in by Raven like the Longbow. This will be a very cheap unit because it can't move but it also will lose the Marksman's Touch rule
Falcon B - Missile Falcon which "may or may not be AA."
Seraphim Retaliator - All the missiles forever. It's a more anti-tank focused variant.

I love the look of all these units, especially the Crossbow. Hopefully the Seraphim Retaliator is impressive in the game too, as it is a nice model sadly rare on the battlefield. 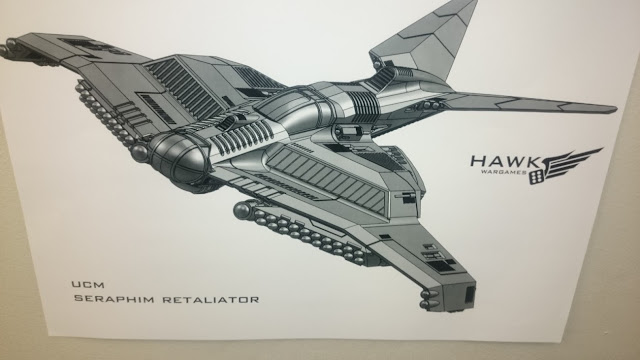 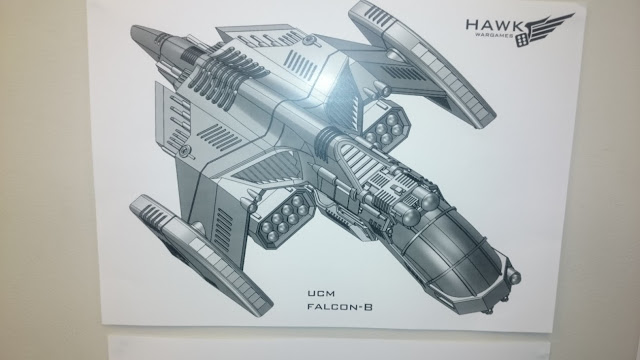 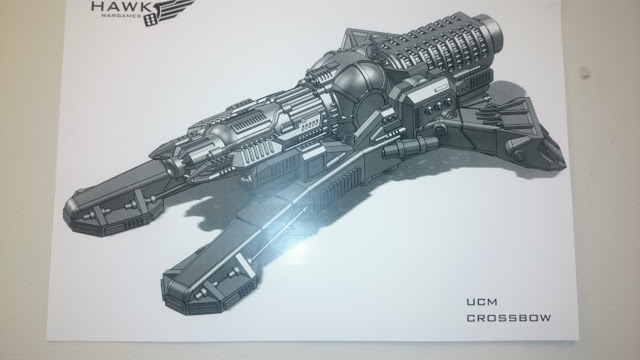 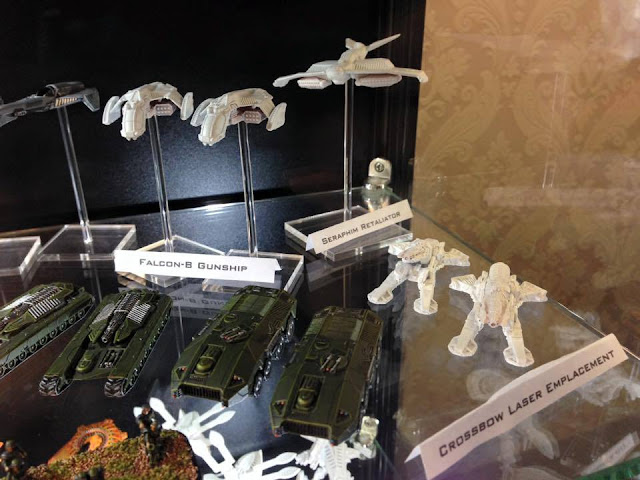 Resistance
Mehmed - This is a demolition tank, it's a heavy unit with blowing up buildings in mind.
Thunder Wagon - Big Explosive missile. Suggested to use the Large blast but also only firing one missile within the squad a turn, naturally one use per vehicle.
Typhoon - Cyclone with something like the Phoenix Chain guns so more direct, powerful AT.

Everything here looks like something I will pick up and play - love those chain guns on the Typhoon! The Thunder Wagons are great, though I am disappointed they use the same three truck chassis' as all the other Wagons. 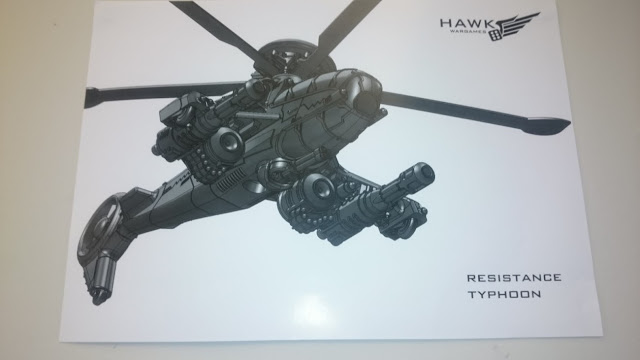 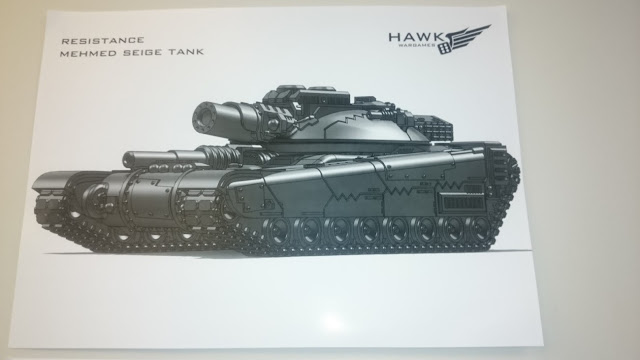 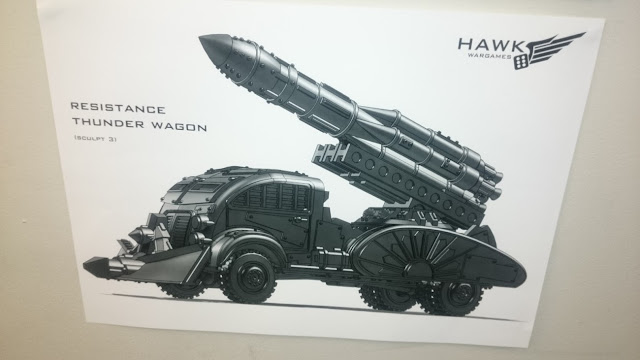 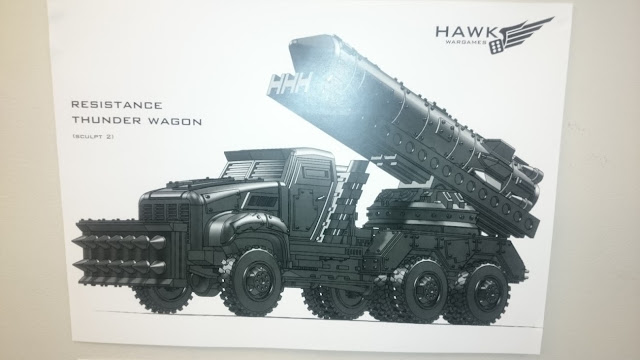 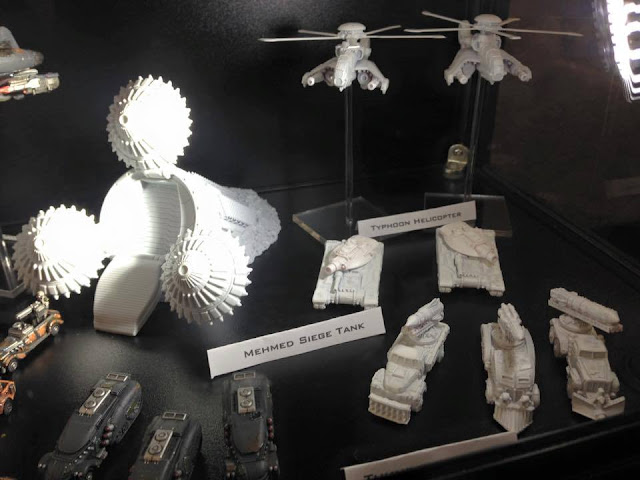 Scourge
Corruptor - Razorworm firing gunship/transport the "Projectiles" can cause damage to buildings the worms are fired at like a small boarding torpedo.
Monitor - This is a light anti-tank Minder. It's weapons are mainly aimed at anti scout but there may have been a mention about it being effective against medusa so it's likely got just a few shots.
Overseer - Desolator variant, Buffs the range of nearby plasma weapons and has a token attack (so not very offensive on its own) the range increase is currently suggested to be 6".

I much prefer the look of the new Monitors, and the new Overseer looks cool. I am impressed with the proposed mechanics of the Corruptor, and think it would be a great addition to the Scourge arsenal. 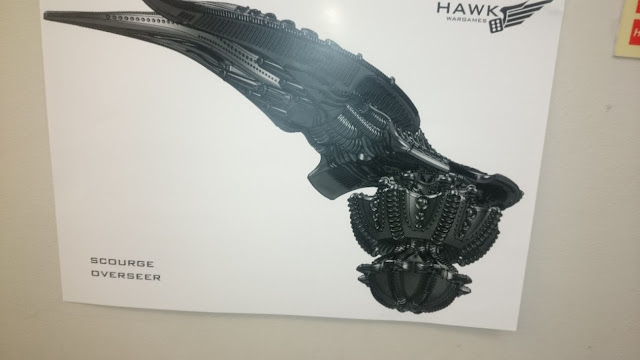 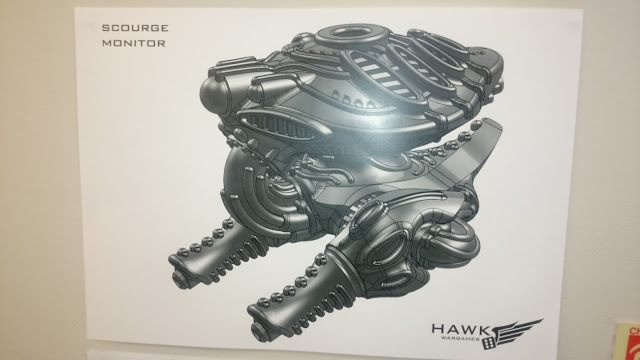 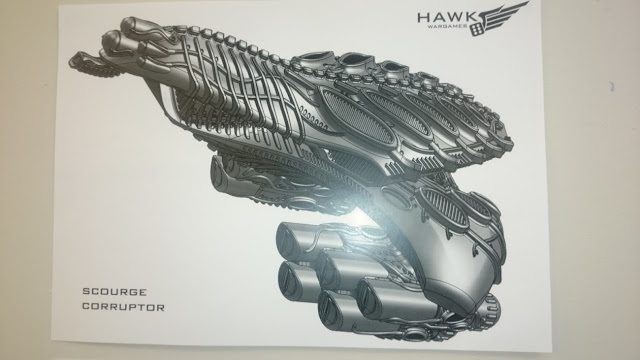 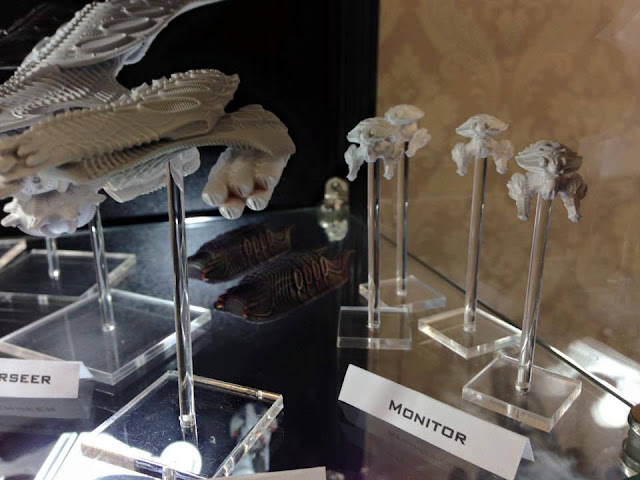 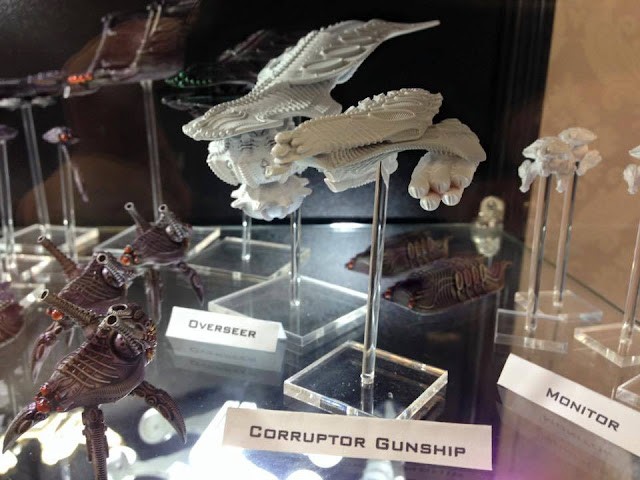 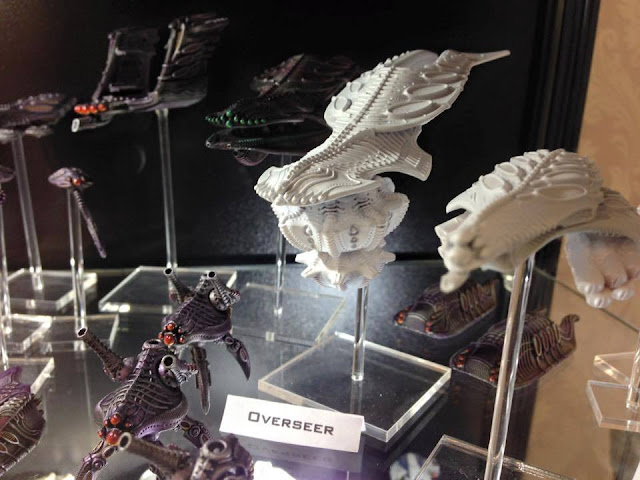 Shaltari
Firebird - Very short range powerful weapon with a focus towards anti-tank.
Leopard - Dreamsnare weapons with the shield buffer swapped out for another Anti tank weapon. Very short range - think an AT knife fighter. (The Jaguar taken to the extreme in AT)
Panther - Unlimited range AA, 3 shots, energy 8 (maybe 7) ACC 3+ and -3 to hit when reaction firing. Personal thoughts are this will be a risk/reward unit. The more you expose it the better you get from it but the more vulnerable it becomes.

The Shaltari look cool, perhaps a little similar to the Warstriders already available though. The Panther sounds horrendous - I'd love to see it run but my Cyclones are feeling under threat. 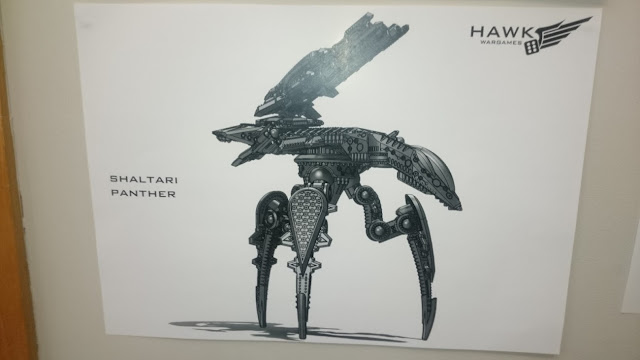 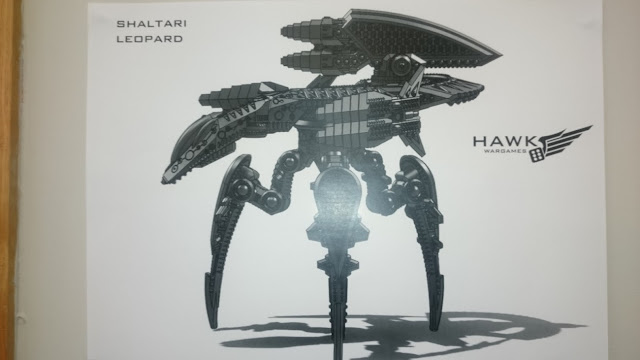 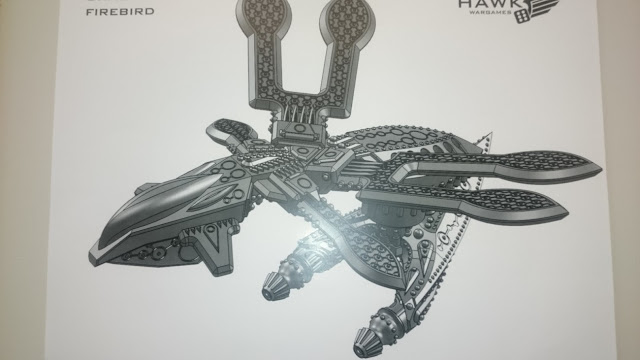 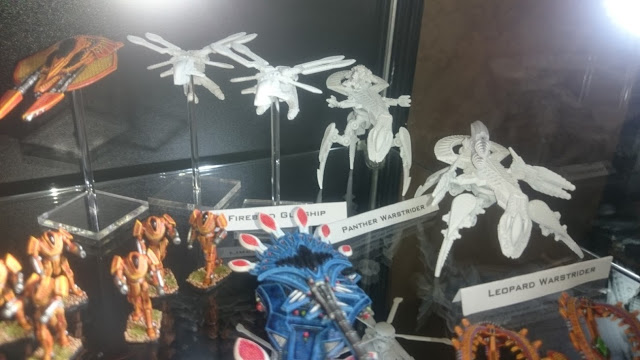 PHR
Thor - Barrage variant of the Taranis. Closer to standard Artillery.
Menchit A2 - swaps the 2 mini guns for 2 Skyhammer missiles which can be fired without a Mercury.
Njord - Sorry, don't know too much about this one beyond it transport 4 vehicles and gets a good number of missile shots off. No AA. I think the fine details here are being mulled over.
Aether (Helios A2) - Skimmer with the Triton-X black nano machine swarm (So IF, no blast)
Angelos A2 - Yep, it's an Angelos with a flamer, roast a building, drop troops out, get stuck in.

The Aether and Angelos sound like headaches for me in the future! The Menchit and Thor will be interesting to face, not used to seeing their original varients very often. The Njord is a rare miss for me... I do not like the way it looks one bit! Not a huge loss as the PHR have an otherwise very impressive range. 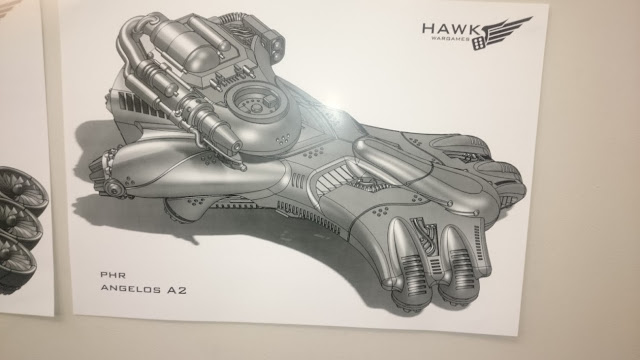 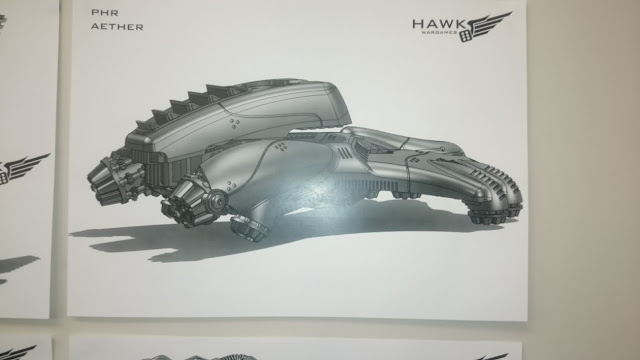 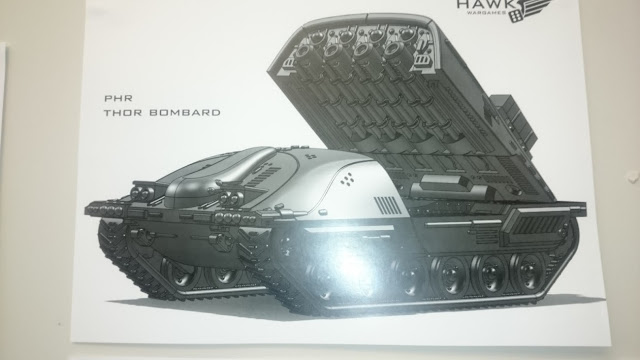 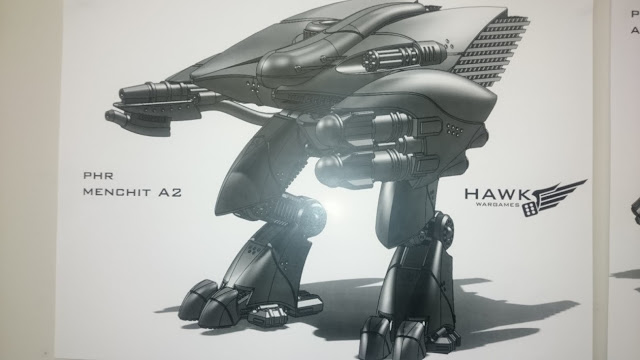 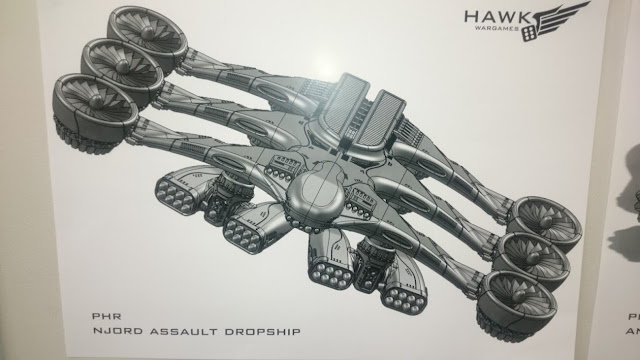 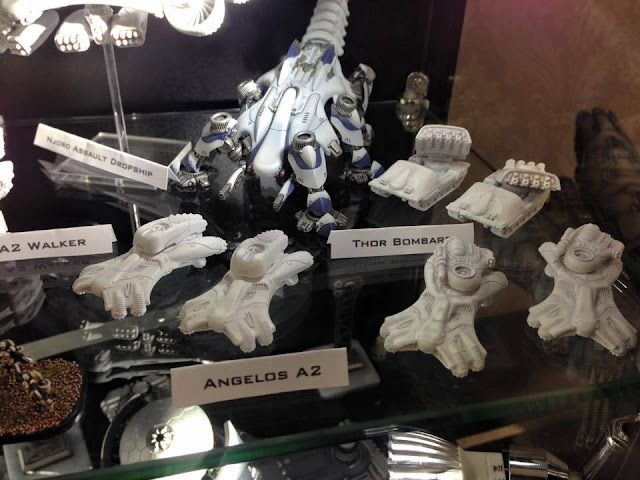 Where appropriate, these new units mark the start of the Hawk consolidation of stock codes as new components will be added to existing kits. E.g. the Panther will be a combined Ocelot/Panther kit.

Book 3 is planned to feature upgrades for units to eat up those last few points left in a list. Hunter killer missiles, support weapons, swapping a base in one infantry unit for another and so forth.

Naturally all this is subject to change so please bear that in mind and there's probably going to be a few more bits found out today by various people but again, looks like we've got a lot to look forward to.

Dave is wanting to have these units out before Dropfleet's release, with the first of which aimed for Salute.

***
This all sounds great - combining all the different blisters will make finding stock easier, and may even save some money. Options for weather and the other expansions mentioned are also great - if they can make games outside of the urban environment more appealing, I am very excited!

Looks like a great event, as usual - gutted I missed it! Next time...