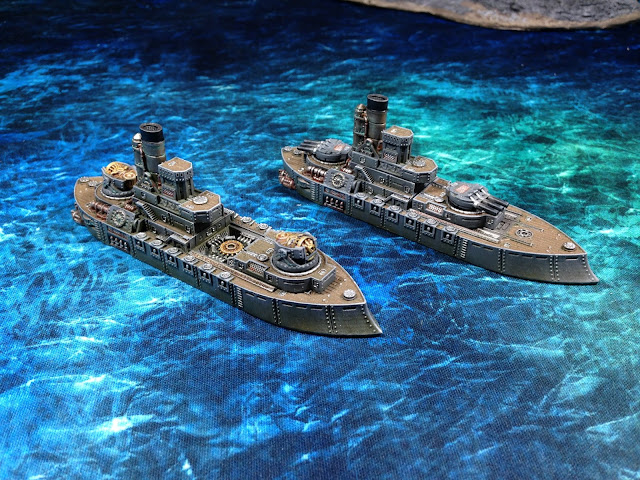 It seems that after some waiting, Spartan Games have started to release updated rules for the Alliance Nations. At time of writing the updates are not complete, but a few staples of the Full Spectrum Dominance Dystopian Wars Battle Reports have received new rules and I am looking forward to trying them out!

These changes are not game-breaking and genre-defining, they are small adjustments and upgrades that improve some of the less attractive choices or bring them in line with the Core Nations. Bringing the Nations in line, especially where they share models is incredibly important, and I am happy to see a few things appear.

This post will concentrate on the Australians, as they were one of my first fleets and remain one of my favourites.

Specialist Squadrons
Shrike Squadron - One Victoria-class Monitor and two Protector-class Frigates
A nice combination, I will be running this in smaller games to combine the power of the Primary Gunnery, though the loss of Devastating Ordnance does make this less attractive. The boarding potential of this squadron is pretty good, and their broadsides can also Link for some added ordnance.

Raptor Squadron - One Osprey-class War Rotor and one Kestrel-class Scout Rotor
An interesting combination, I don't have experience with the Australian flying units so this is a bit of a mystery to me. One Medium ship attached to a Large ship is not something I have tried, even when possible in the naval game. It might be worth an experiment in larger games or where points are spare. 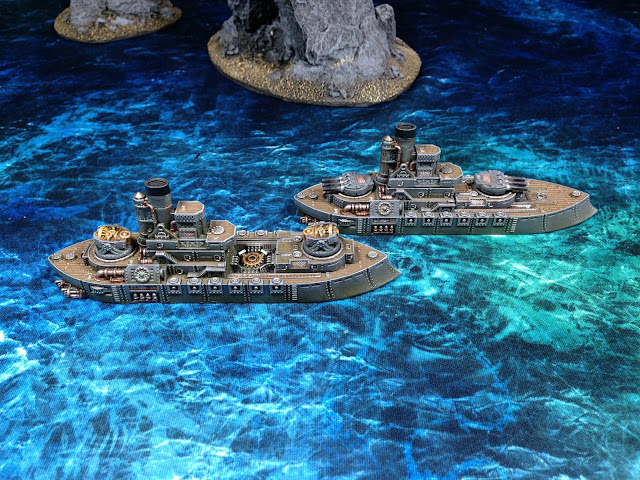 The Battleships see their Convertible Generator once again make the vessel Vulnerable when it is "open," which strikes me as perfectly reasonable, as much as I think the Battleship is already quite weak compared to some of its fellows. They also gain one point of AP. Still a support vessel, I imagine I will continue to run two of them in both Royal and Free Australian fleets.

Their Terror Tactics MAR only works on fellow Australian ships now, which is something I had always played anyway so makes no difference to me! 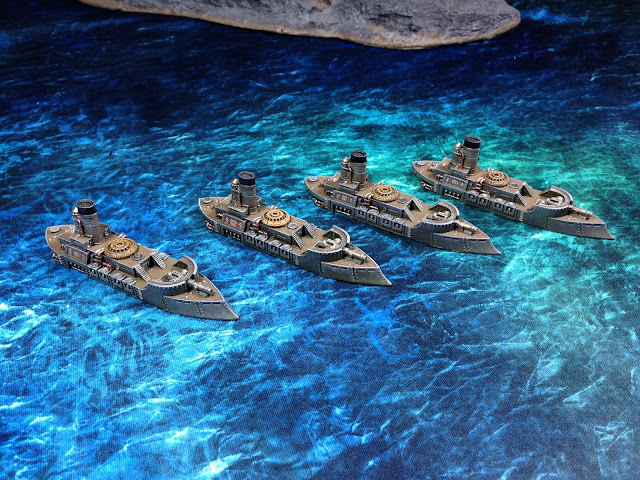 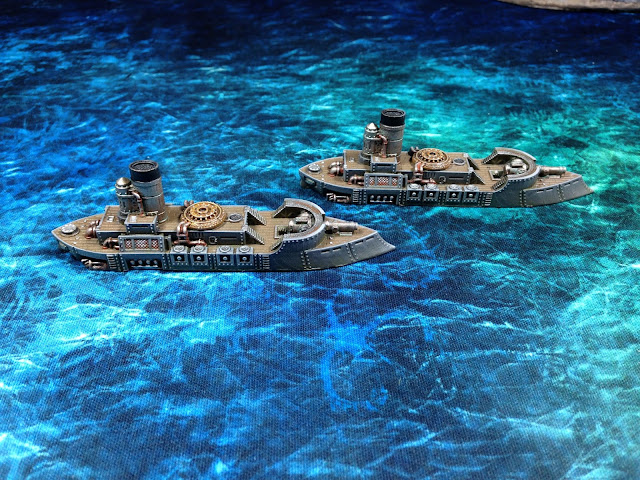 No changes to the Victoria-class Monitors, though they can be escorted by two Protector-class Frigates in the Specialist Squadron. A tempting choice for boarding and broadsides! 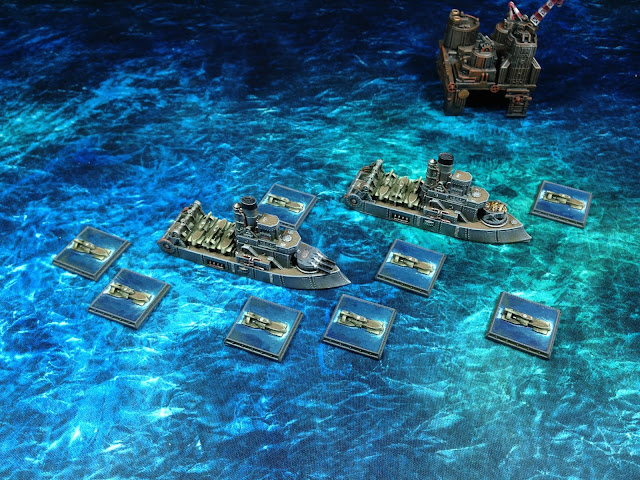 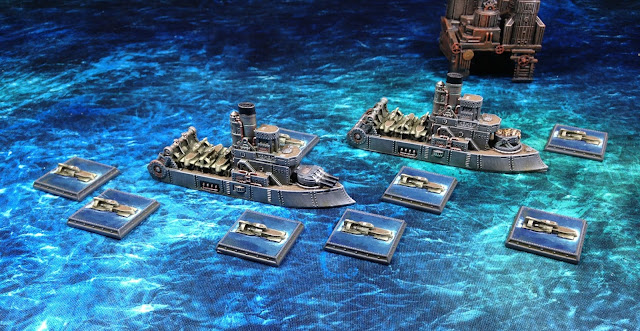 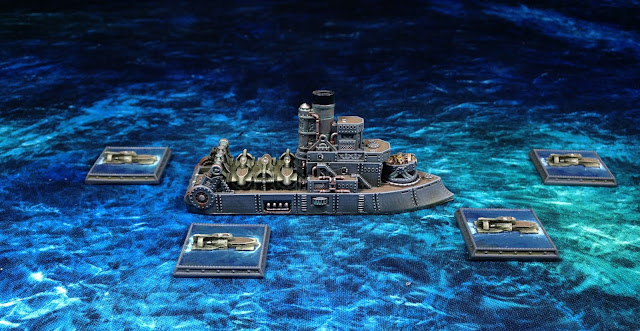 Tender-Cruisers get significantly buffed, with an added point of DR, a Nullification Generator (never my favourite Generator, but ho-hum) and significant increases to the strength of their turrets. These upgrades are not cheap, however, and they both weigh in at 90pts or more.

The Tasmania-class heavy turret went from 8/6/4 to 11/9/7/5, excellent with their Devastating Ordnance and matching the Battleship, while the Sirius-class energy turret went from 6/6/6/6 to 8/8/8/8. These squadrons (as a pair) are no longer to be relegated to the back of the board but can join the fight properly and assist the Monitors and Battleships in smashing enemy vessels with ease. 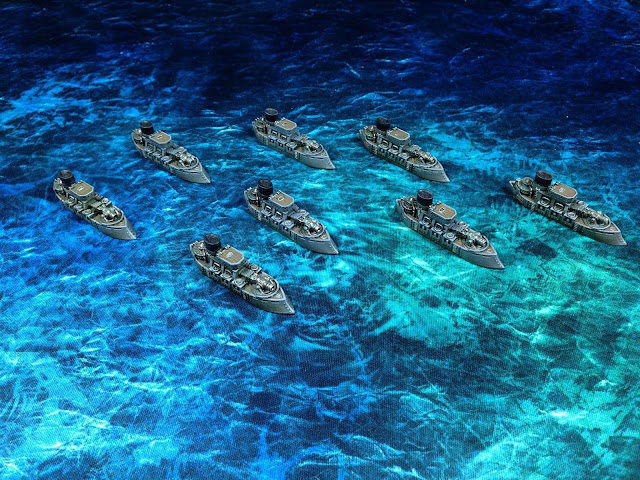 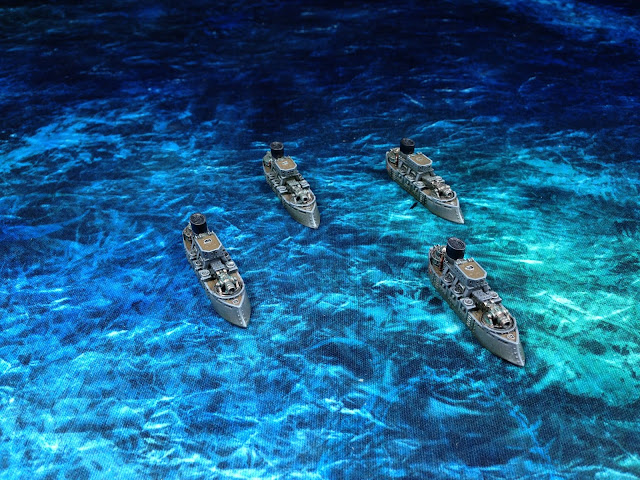 The Frigates gain a point of AP, bringing some boarding potential back to this fleet. I am happy with this change, as having a fleet that should specialise in boarding have Frigates with only one AP was rather lacking.

Aerial Units - I've never been too familiar with these, but the changes to the War Rotors to make them all move 360 degrees is a needed upgrade, and giving them Redoubtable and  Piercing turrets to match the Kingdom of Britannia is another good update. Stat-wise the aerial units are really attractive now, but I just do not like the Rotor models for the Kingdom of Britannia, and would struggle to bring myself to buy them just because they are good in the game. Maybe I will think on a suitable conversion or proxy...

In summary, the Australians have seen some nice buffs and I am pleased that, on paper at least, they are closer to their original power after the de-clawing Second Edition brought. In the coming weeks I am planning to bring the Australians back to the table to try them out (especially the new, nasty Tender-Cruisers), and hope to paint up some allies for them from the Great Kingdom of Britannia itself. We shall see how fast I can get painting...