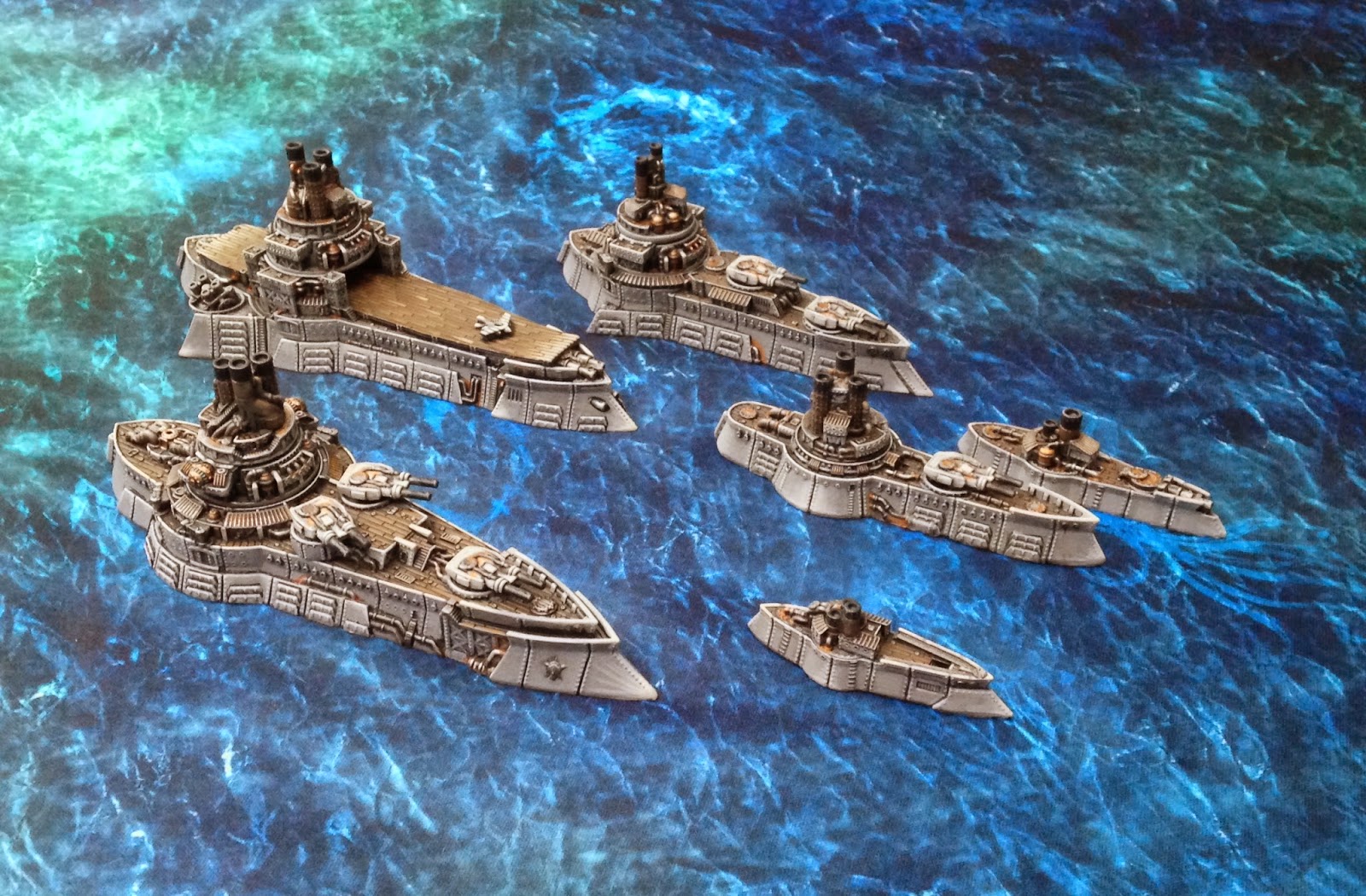 Another week and another ship for the Russian Coalition - the brutally powerful Borodino-class Battleship. This model was, as with the rest of the fleet, rather slow and tedious to paint as I have chosen a scheme that requires careful attention to detail and far too many layers of thin grey paint. I feel I am getting faster, however, and look forward to the next round of ships to finish off the Naval Battle Group. I also look forward to painting the tiny flyers, as this will inject some colour into the fleet.

The Borodino was enjoyable as it had large areas of Ablative Armour plating and hull-mounted details, as well as the Generator mounted amid the superstructure. This was painted in a similar manner to the boilers and reactors across the fleet, with extra attention paid to weathering and highlighting to make sure it stood out. The ship took three sittings to finish, most of the time spent around the hull plating.

Onto the pictures! I will not be passing much more commentary on the Battleship as it is fairly self-explanatory and my previous posts on the Russian Coalition have information on the techniques and reasons for the choices made. 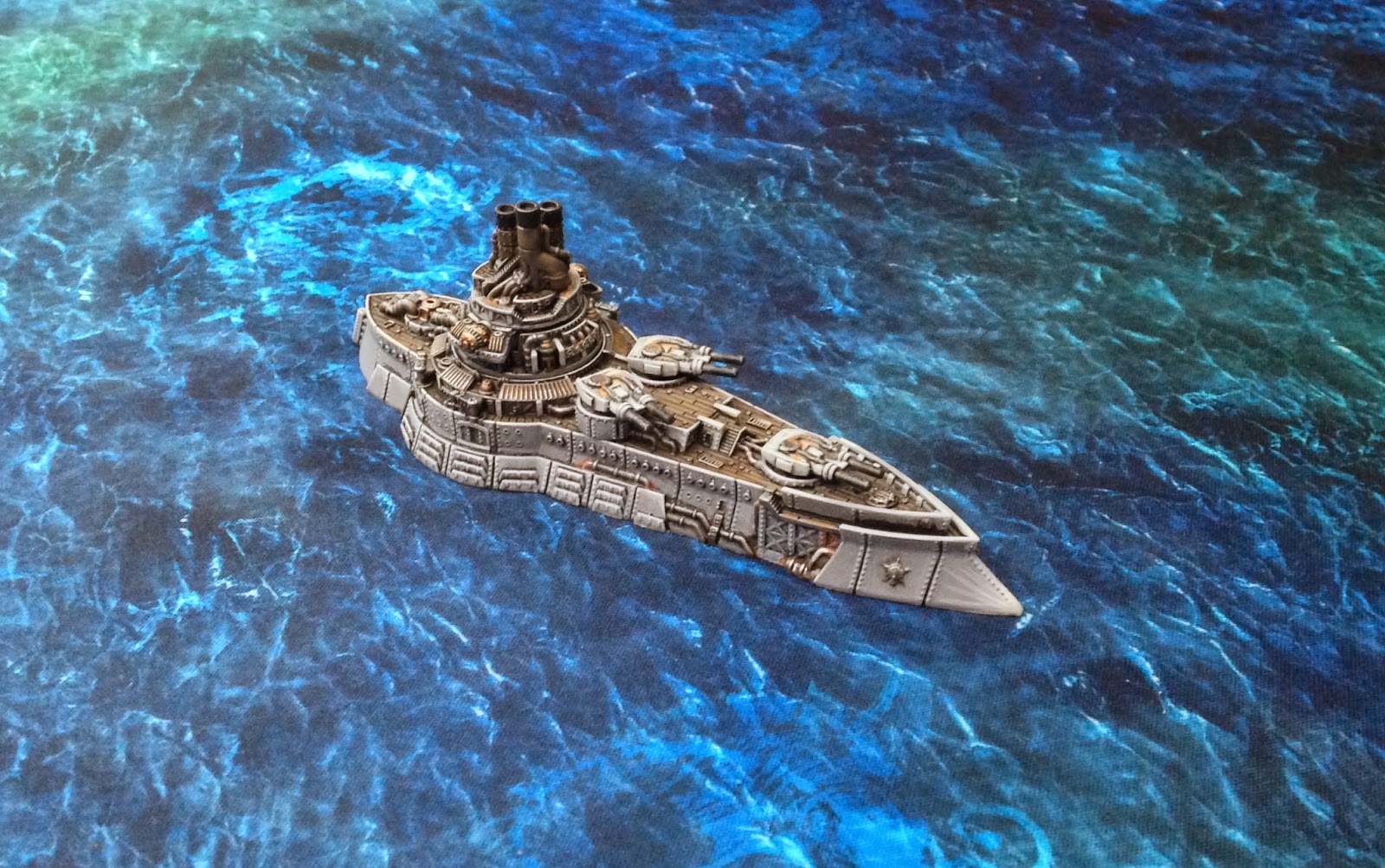 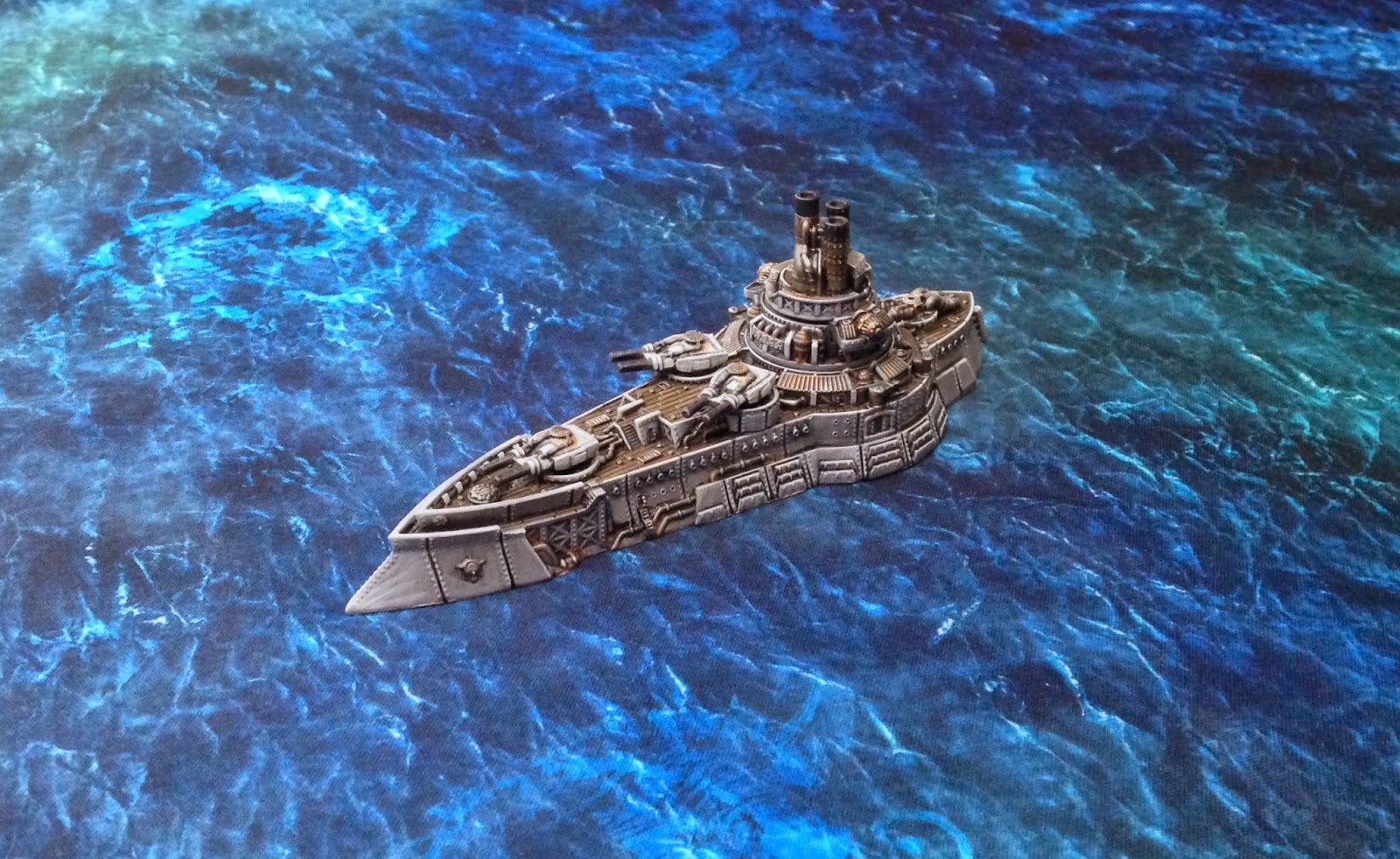 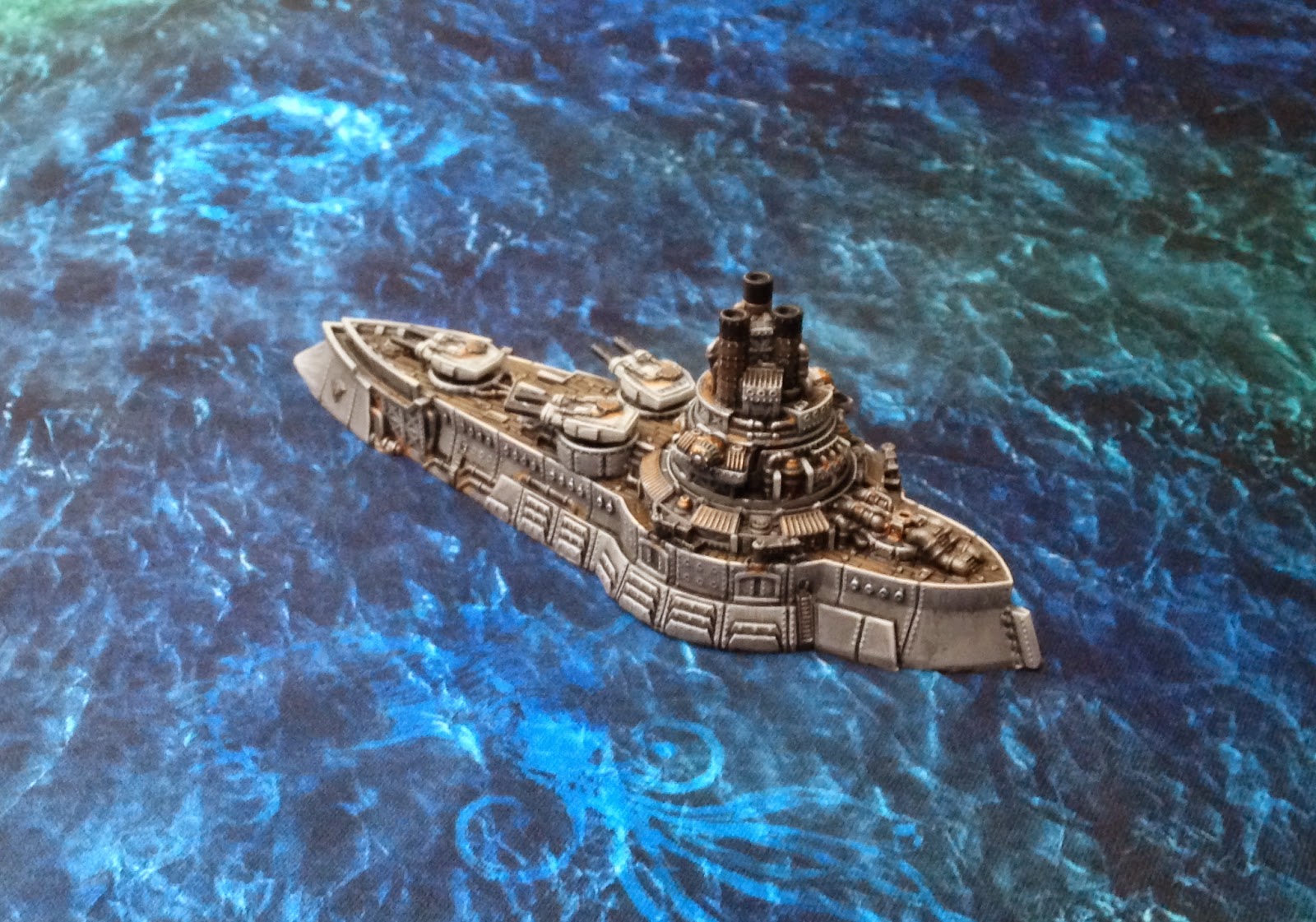 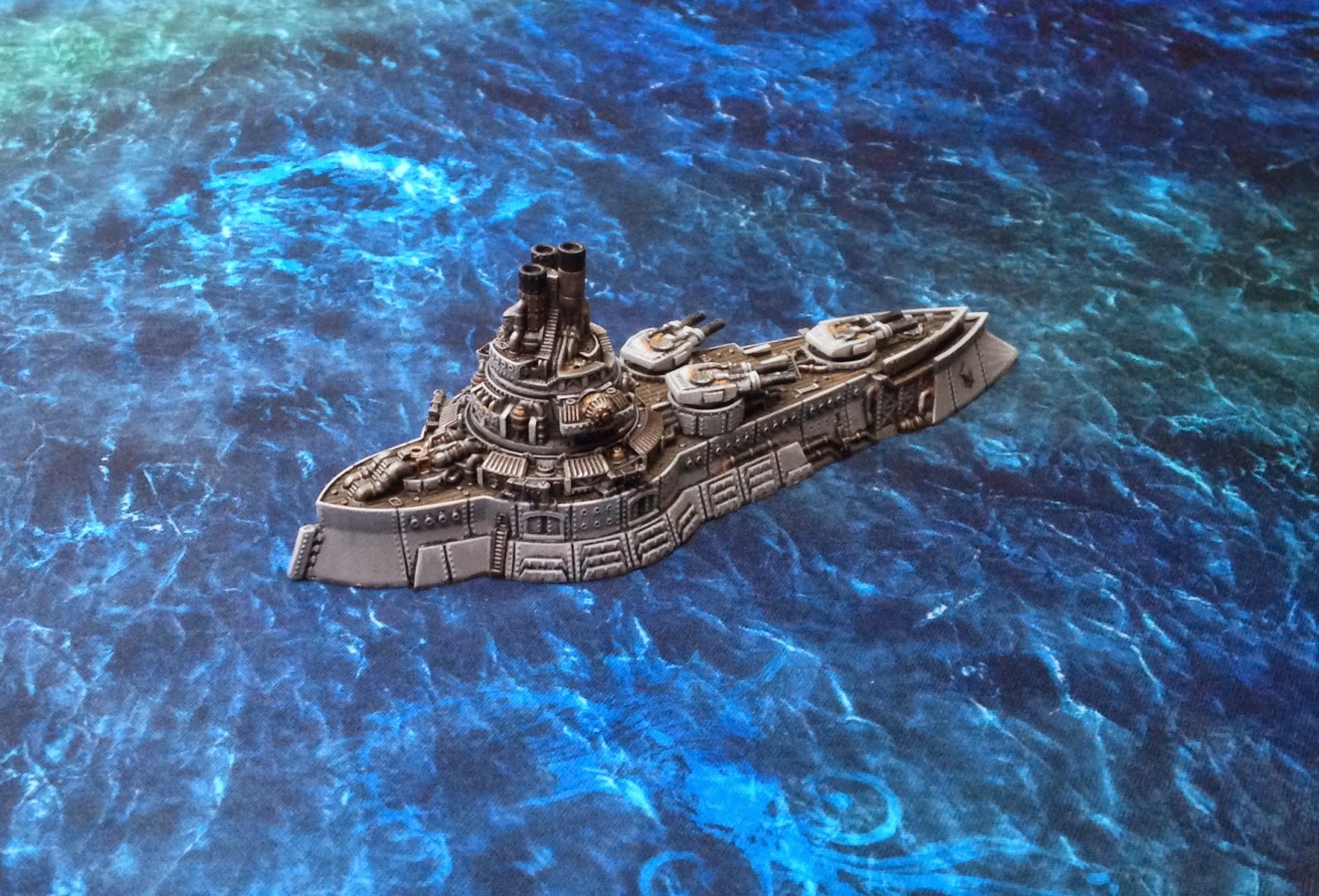 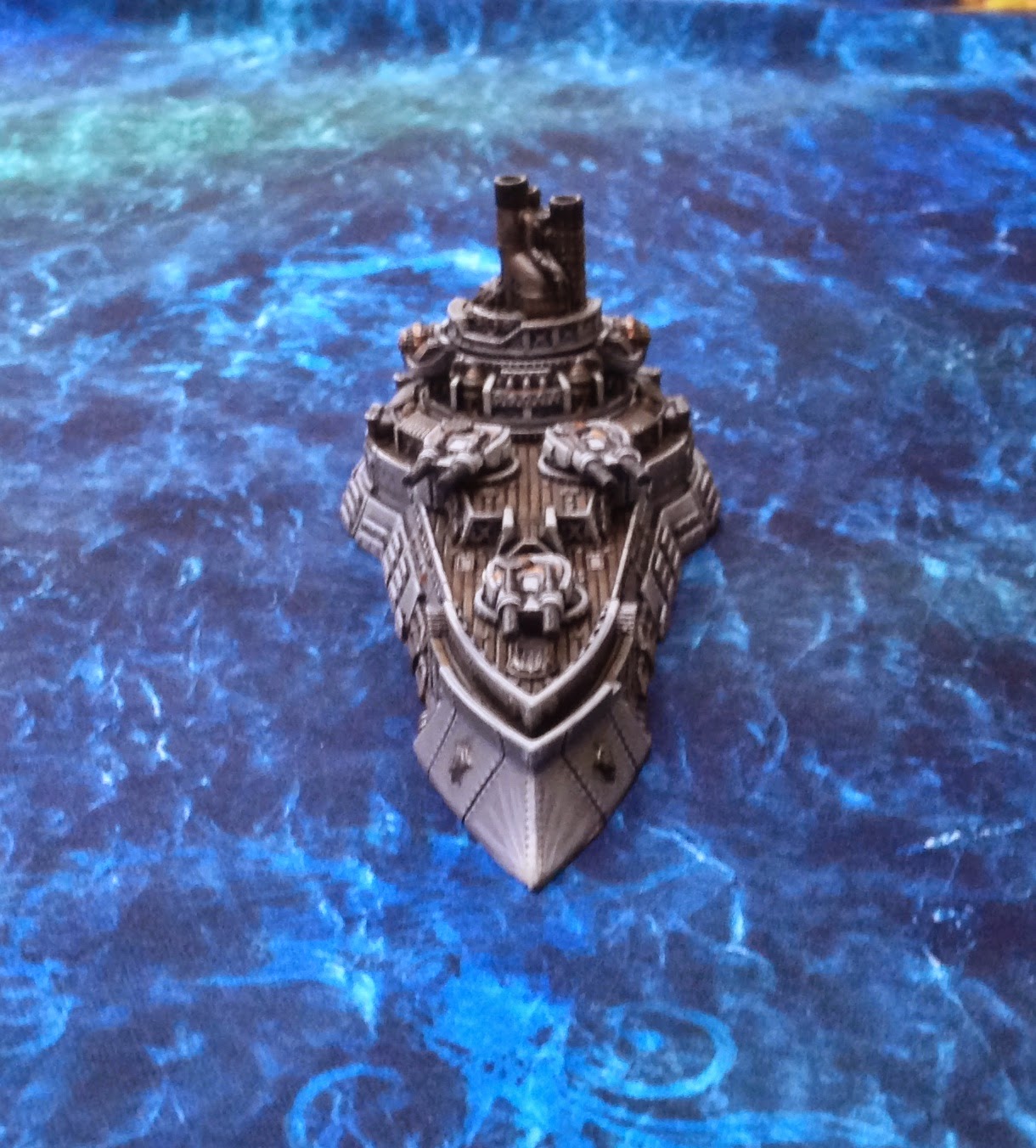 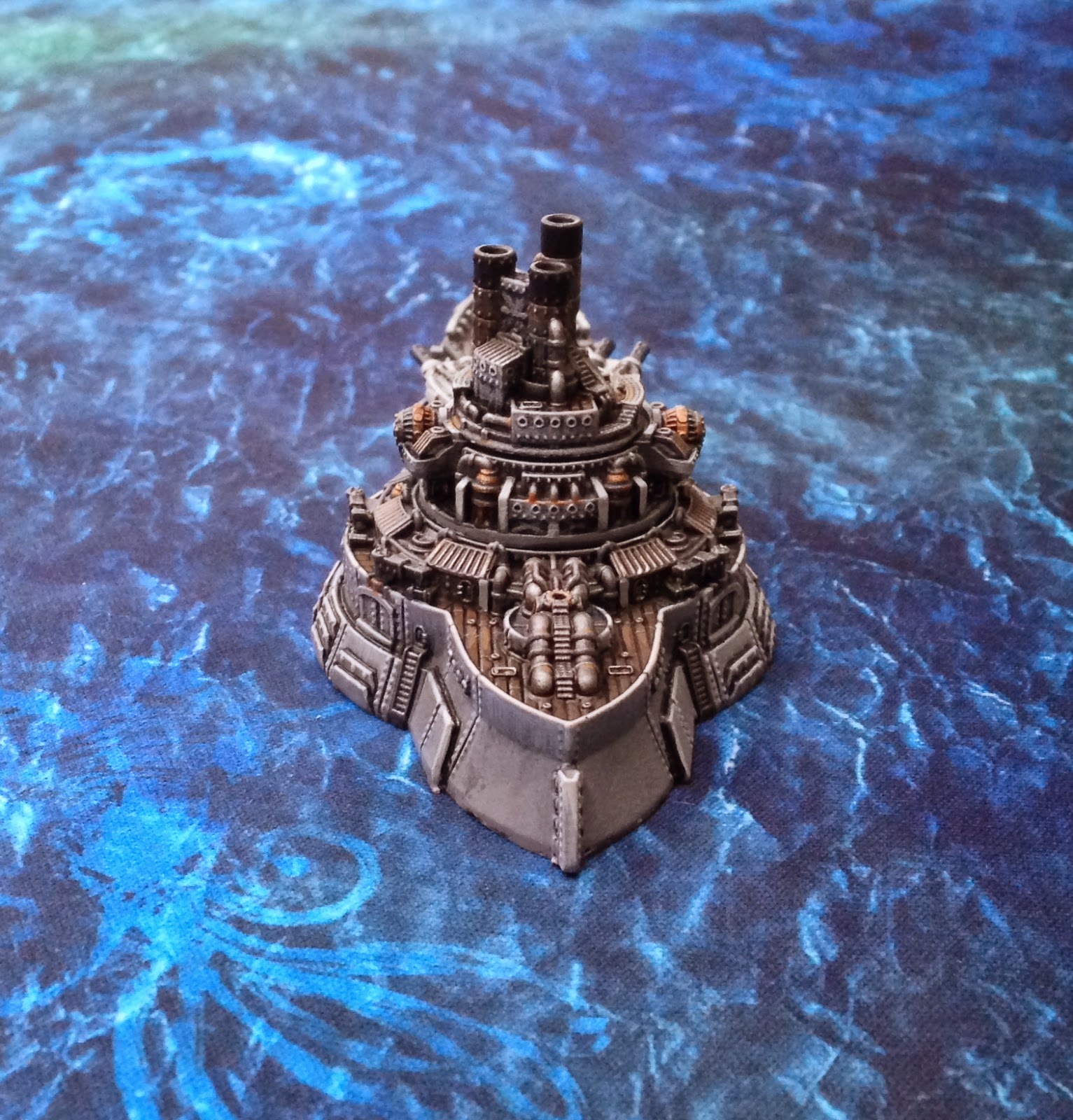 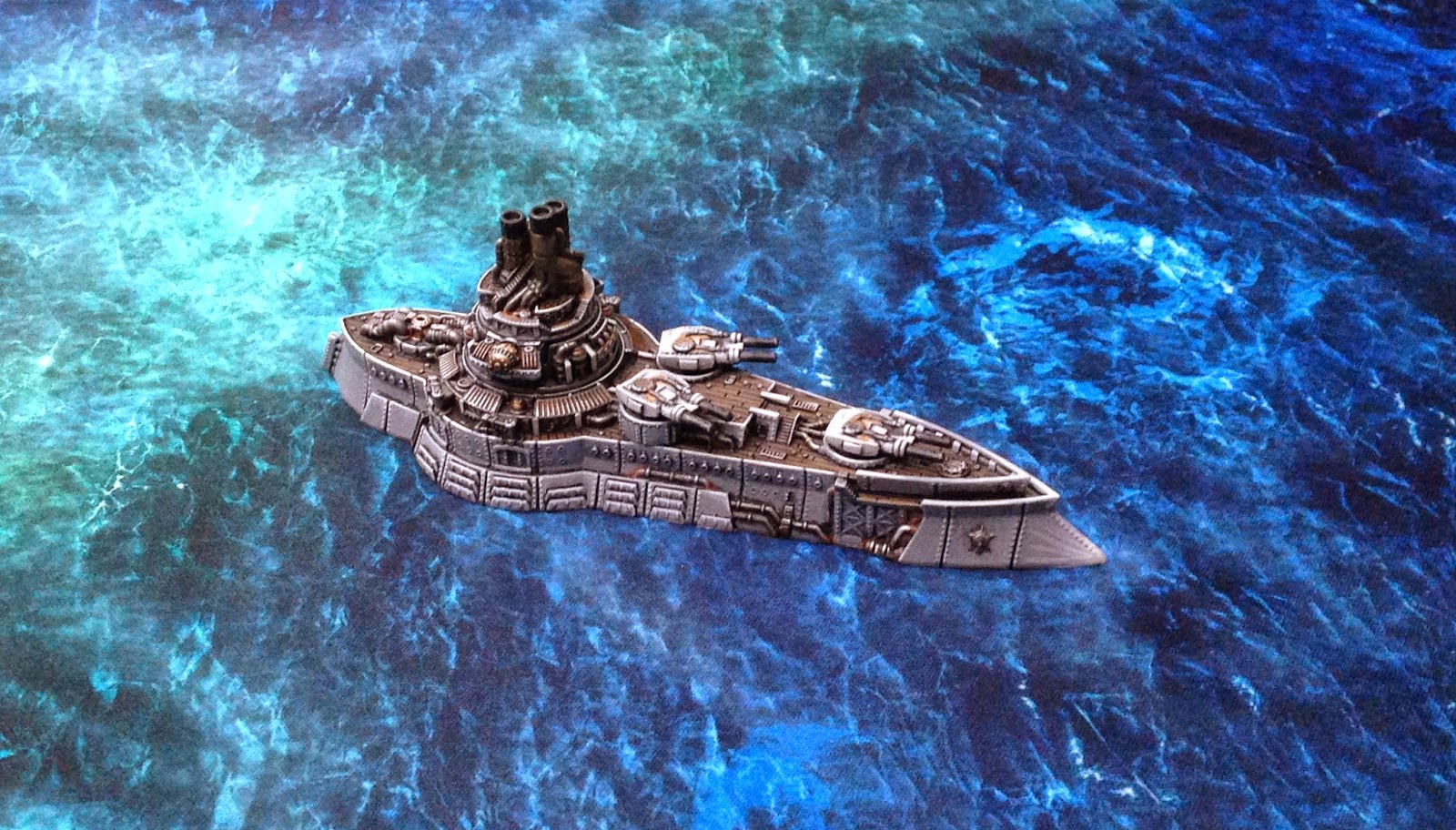 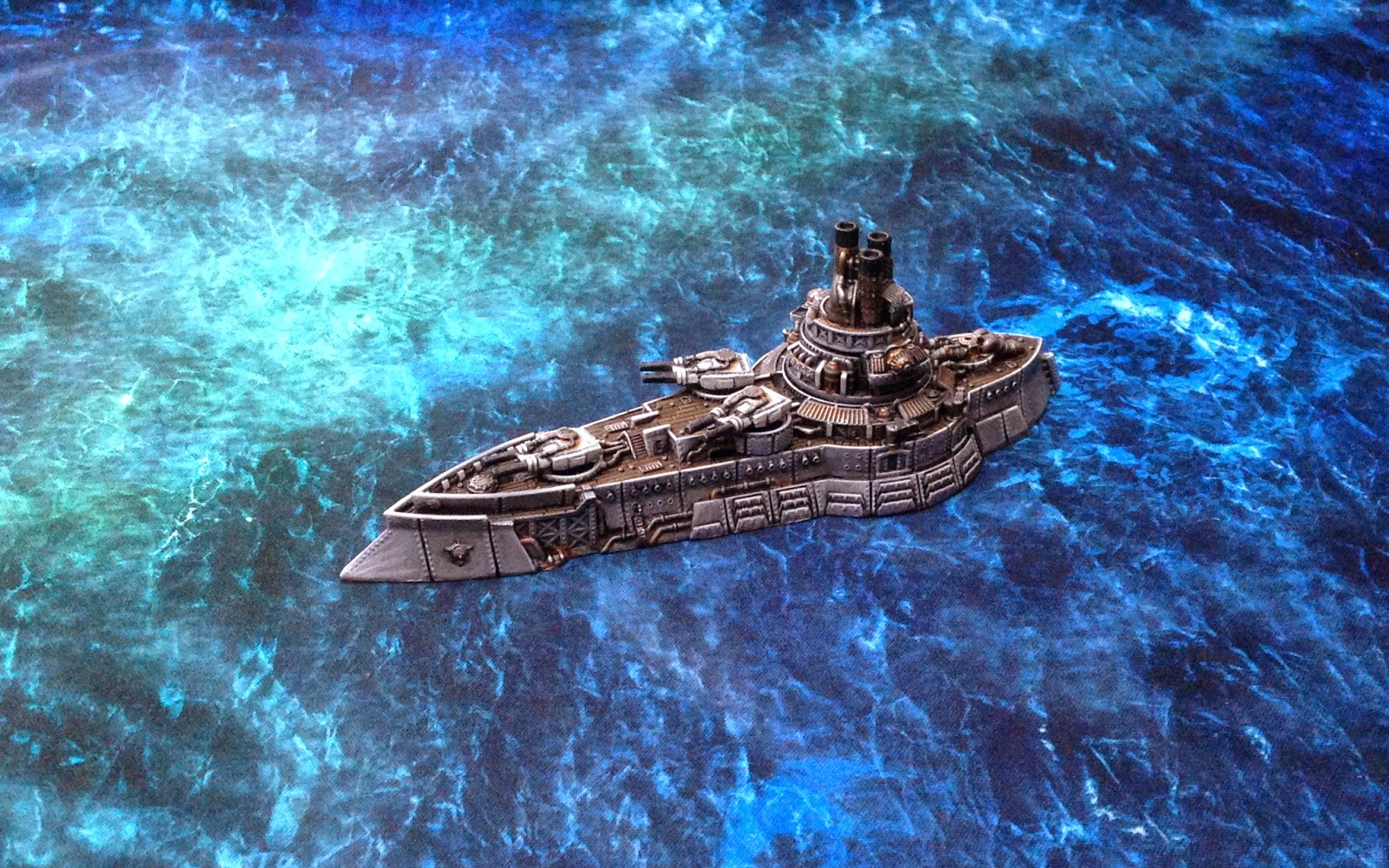 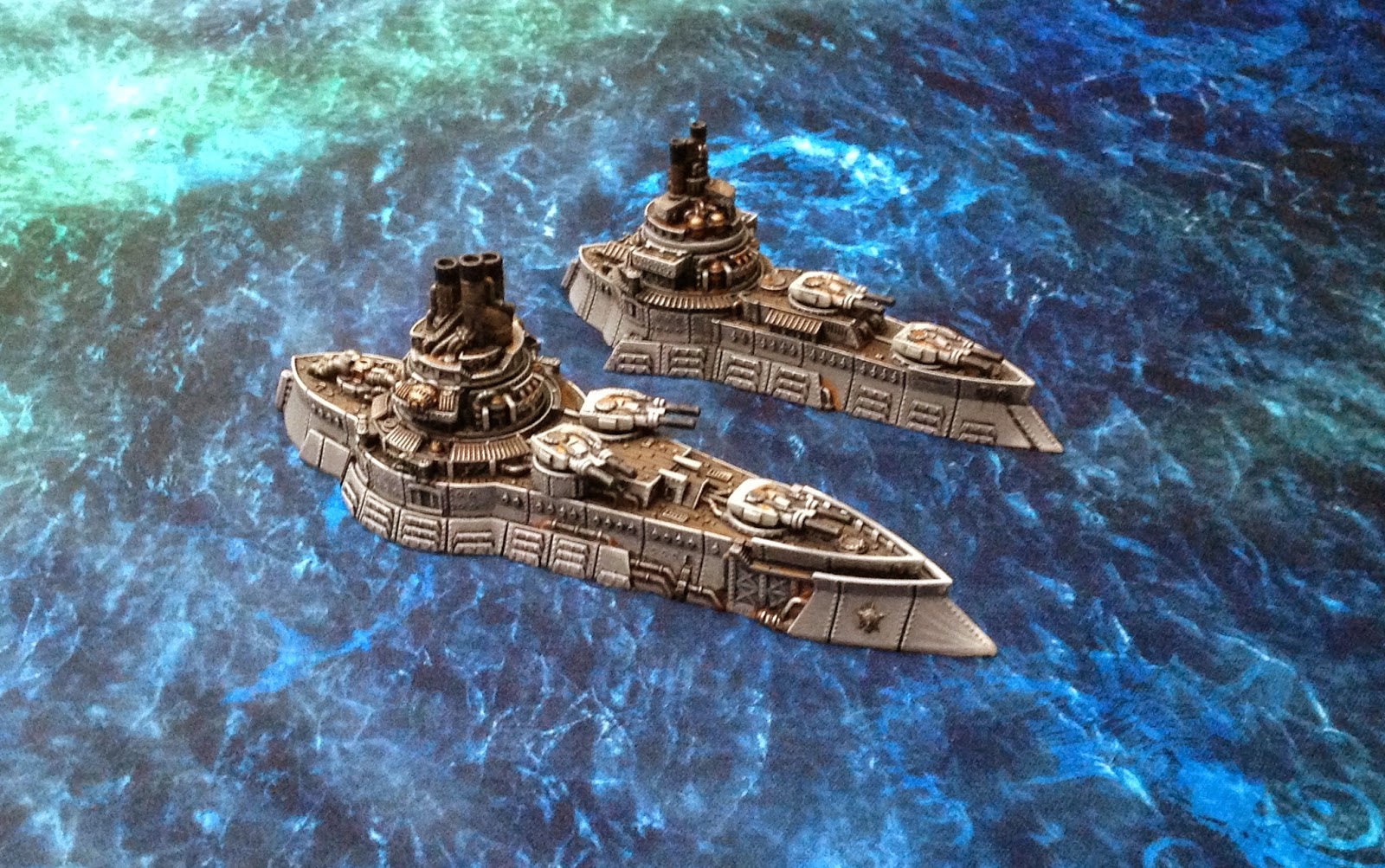 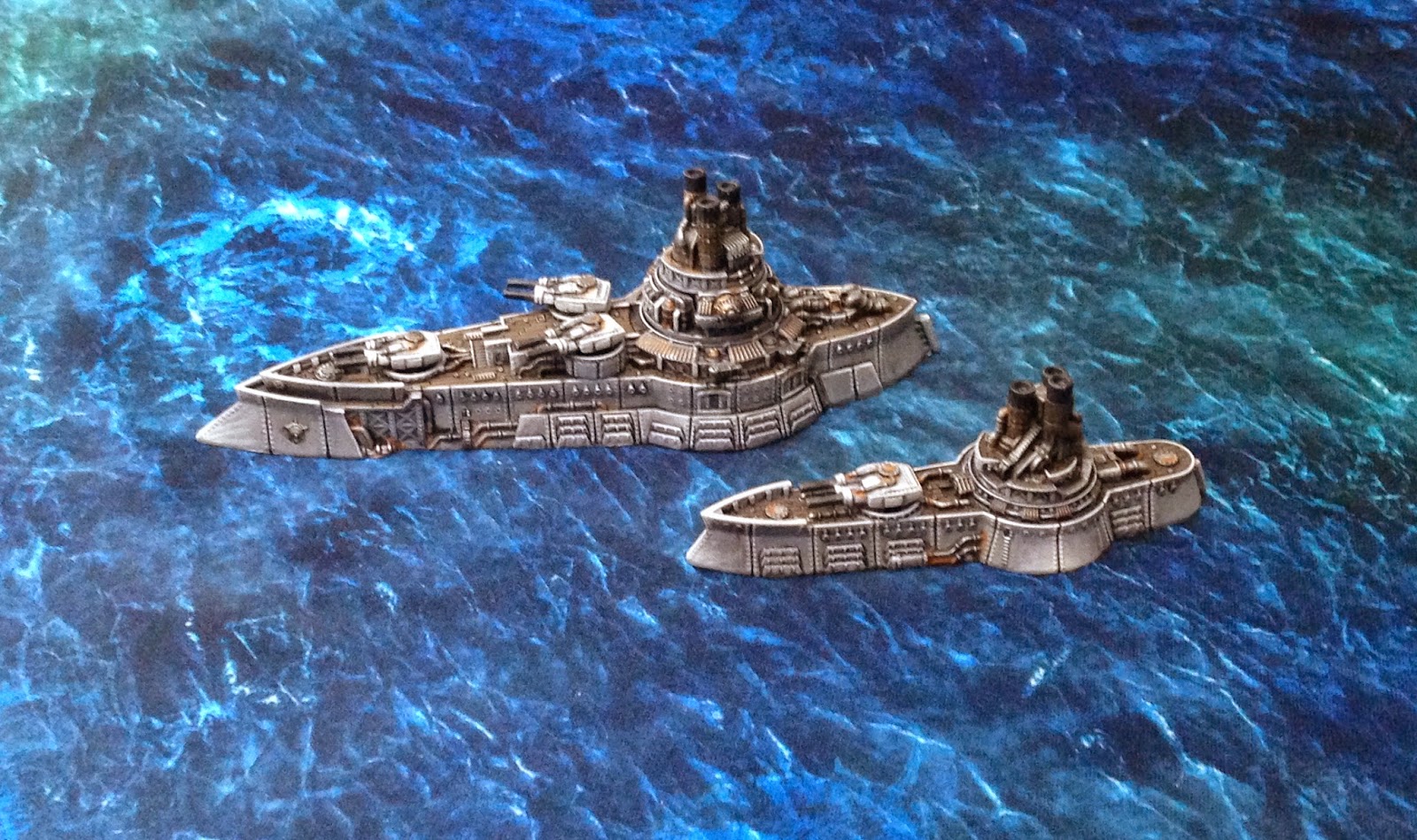 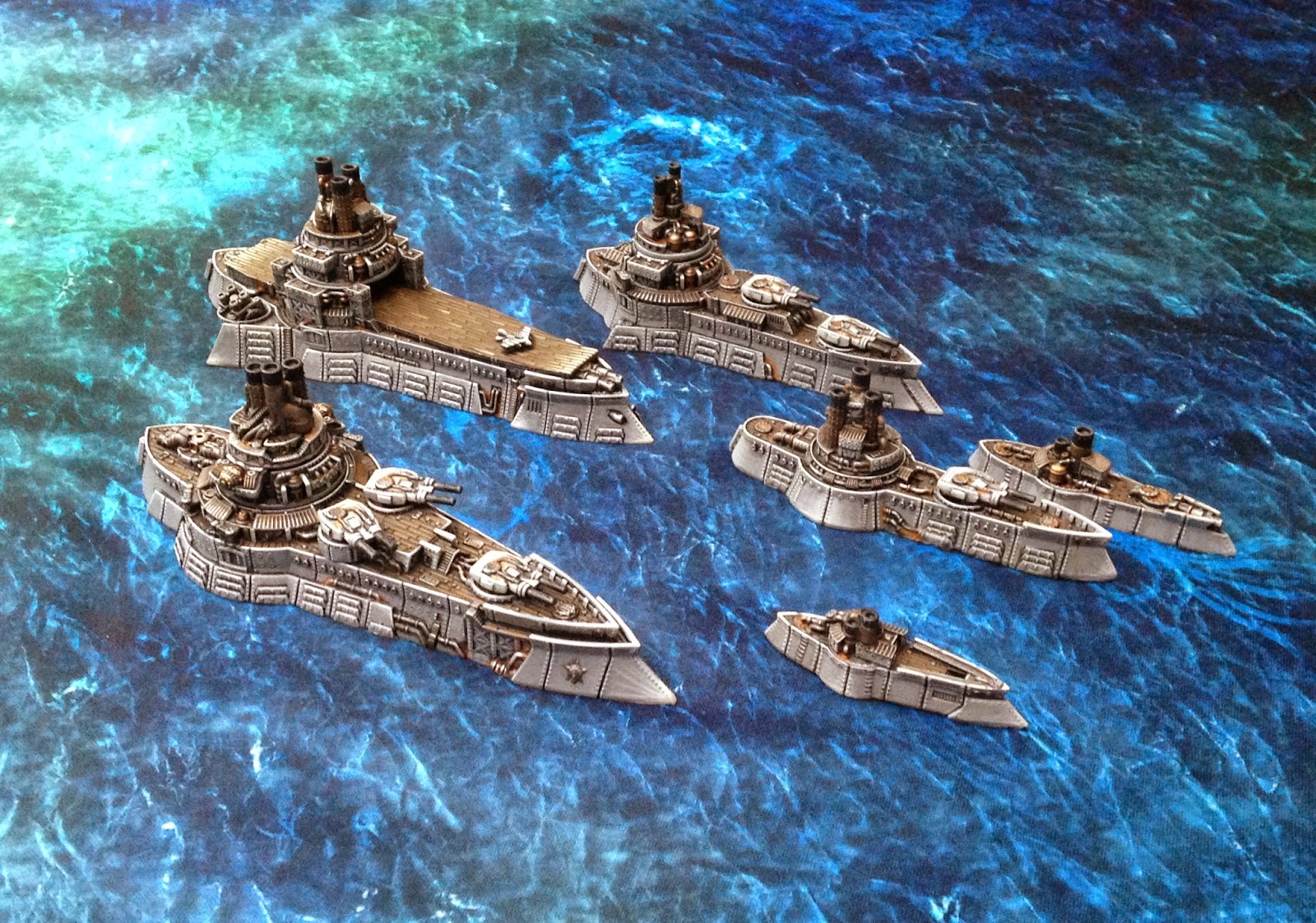 The Battleship is now complete and added to the roster, meaning that I have painted one of each of the ships planned for the initial Naval Battle Group. The next step is to round out the Cruiser, Corvette and Destroyer squadrons up to full strength before moving on to the next target, which will probably be the 1,500pt list. This involves painting a second Battleship, second Battlecruiser and a squadron of Gunships, so I might throw something a little more interesting into the mix first - a class I have not painted before, or perhaps something round like a Novgorod or Veliky squadron.

Please do not take my complaints about the Russian Coalition too seriously; I really do enjoy painting them and think they look great together on the board and in the pictures above. I am simply frustrated that I do not have the time to spend on them, given the demands of other game systems like Infinity.

Their time will come, and the fleet will be completed, just a bit slower than usual!